Ready? This is the Week in Aerospace!

ALTA applauded the country’s superior connectivity, accessibility and air transport policies, as Mexico is making a major turn around since the COVID-19 pandemic greatly affected the industry. Air passenger traffic fell over 90 percent in Latin America and the Caribbean between March and April 2020 but Mexico’s aviation industry has made a speedy recovery.

“Among the conclusions of the competitiveness index, the three most competitive countries turned out to be Mexico, Brazil and Panama. Mexico stands out for its high level of connectivity and its air transport policy, as well as the markets that a Mexican citizen can access without the need for a Visa,” highlighted ALTA.

Raúl Revuelta Musalem, General Director, GAP, highlighted the importance of the ACA certification in creating a more sustainable industry.  “In the sustainability objectives for 2030, Grupo Aeroportuario del Pacífico prioritizes environmental measures that allow it to reduce its carbon footprint, so the ACA certification processes of the Airports Council International (ACI) are an essential tool to measure the progress of the implemented actions,” said Revuelta.

Check out the statements.

“Colors of Space” portrays pioneer women, Afro-American engineers and technical diagrams used during the preparation for outer space trips, highlighting the importance of teamwork in ensuring a successful and safe operation.

Read more about the story. 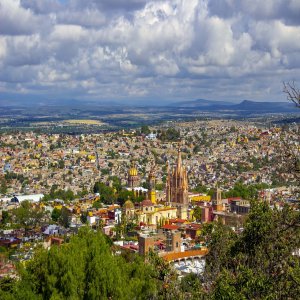