Viva Aerobus defended its Zero fare, arguing that it complies with Mexico’s Civil Aviation Law, as a federal court ruled in favor of the airline following accusations from PROFECO. “Viva, aware of the diverse needs and profiles of passengers, offers four types of fares that include a different number of suitcases, of different weights and sizes. In this way, the airline can provide its passengers with significant discounts when they do not wish to transport a certain amount of luggage. Thus, they are given freedom and the right to choose to avoid unnecessary payments for services not required,” explained Viva Aerobus, via a press release.

Viva Aerobus explained that its base or standard rate, also known as Viva Smart, includes two carry-on bags that add up to 15kg in total and 25kg of checked baggage. The airline argues that its model fully complies with the baggage requirements established by Mexico’s Civil Aviation Law.

The airline also offers three preferential rates: Zero, Light and Extra which aim to provide cheaper travel experiences for those passengers that travel light. Viva Aerobus also cited Chapter 10 Bis of the rights and obligations of passengers, Article 47 Bis, Section 10: "In the event that the passenger decides to travel without baggage, the concessionaire or permit holder may offer a preferential rate for the benefit of the passenger.”The airline explained that its Zero Rate, even without luggage, includes a personal item that does not exceed 35x45x20cm in its dimensions, such as a handbag or backpack.

After PROFECO filed a claim against the company’s Zero rate, Viva Aerobus filed an amparo based on its interpretation of the Civil Aviation Law. “It was determined that passengers can access said preferential rates shouldthey decide to waive their right to transport hand luggage or checked luggage. Therefore, after this resolution, (PROFECO’s) claim is without effect and all passengers will be able to continue enjoying the advantages of traveling light and saving more with this type of travel modalities,” explained Viva Aerobus.

Photo by:   Image by lukasbieri from Pixabay
Tags: 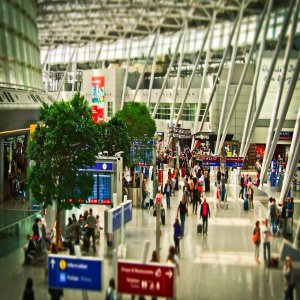 Airline and Airport Jobs in Jeopardy