While Mexico’s position as an agricultural powerhouse is globally recognized, the country still has an opportunity to grow its market reach exponentially. In a January interview with MBN, the Director General of Northern Latin America of Syngenta, Javier Valdes, praised the uniqueness of Mexico in the global agricultural landscape. “Unlike other countries like the US and Brazil, the country grows crops in both the autumn-winter and spring-summer seasons,” he stated. “The northern part of the country has temperate weather while the south is tropical, allowing production of a wide variety of crops, including grains, beans, sorghum, maize, tomato, soy and tropical crops like coffee, sugarcane, mango and banana.” Mexico’s unique geographical position is a factor that provides it with an immense wealth of high-quality produce and competitive advantages. Labor costs are lower, and a warmer sunnier climate requires a lower tech growing environment.

Given Mexico’s proximity to the giant consumer market to the north, the country’s produce export has historically leaned heavily in that direction. Still today, more than 80 percent of Mexico’s agricultural export, varying per produce category, is bound to the US. This dependency as been a source of concern for players in the Mexican agricultural sector. One example is berry producers, who recently expressed concerns about clauses on labor conditions in the new USMCA treaty, as well as calls for ‘dumping’ retaliation from US growers and politicians, reports MBN.

Different industry players, often with the support of government actions, have attempted to diversify the direction of Mexican produce. Mexico has two oceans, one directed to the Asian continent and the other to Europe. It is in the latter direction that several important developments have taken place over the last two years that have reshaped trade relations. The first is the New Global Agreement between Mexico and the European Community, that saw negotiations completed in April 2020, but is still pending ratification. In a press release from the Mexican Ministry of Foreign Affairs, the ministry pointed that with this new treaty, EU tariffs will be eliminated on Mexican products such as orange juice, tuna, honey, agave syrup, ovoalbumin and fruits and vegetables, among others.”

MBN spoke to Darinel Hererra, CEO of Exporta MX, a company based in the Netherlands that is dedicated to consulting and supporting Mexican companies looking to export to the EU. Despite good signs, Herrera says Mexico still has to overcome its commercial dependence on the US. Having said that, Mexican farmers have gradually begun to understand and accept the rules of the European market, which primarily reflects in the professionalization of grower operations. “Market characteristics that a few years ago represented a great barrier for Mexican companies, today are beginning to be overcome by farmers through the professionalization and standardization of production processes,” says Herrera. There is still, however, significant opportunities for “cleaner and more sustainable production methods.”

Earlier this year, the author of this article spoke to Maggie Gardeñas, Managing Director of Agape Agroproduce Mexico, about the challenges of exporting Mexican produce to Europe. Agape Agroproduce Mexico, a grower’s organization, already has years of experience exporting to the US, but in recent months has been attempting to grow its clientbase in Europe. One of the observations that Maggie made was that European importers want Mexican products but struggle to find the connections with the right growers. “There is also an unfounded distrust of Mexican companies, related to delivery times and contracts,” she says. Agape Agroproduce Mexico is aiming to change that perception by providing a trustworthy and always reachable trading partner. The organizations commercializes products including fresh avocado, papaya, berries, pineapple and coffee.

A Partner From Abroad

Someone with significant experience in helping growers professionalize their operations to export to the EU is Lia Bijnsdorp. The Dutch native is Managing Director of United Producers of Mexico (UPM), an organization that arranges trade missions and workshops for growers and has implemented its own quality control program. In an interview with MBN in May this year, she stated that while some European importers work directly with Mexican producers, there is “a clear need among growers to understand what is happening in the European market.” UMP started four years ago and one of its first steps was to contact importers in the Netherlands to understand their needs. The Netherlands, Bijnsdorp pointed out, is still the primary transit market for Mexican produce to other European destinations.

Following encounters with Dutch parties, Bijnsdorp and her team began to approach growers associations in Michoacan, where the Mexican UPM center is located. Since then, the organization has also spread its activities to other states, such as Jalisco and Guanajuato. “In the area of quality control, growers tend to have their own protocols. Together with Control Union Mexico, a Dutch certification bureau, we work to help growers become certified,” Bijnsdorp explained to MBN. The process of certification, however, is not just complicated by quality issues. “While a product like avocado can generate a decent income, small-scale berry producers, for example, struggle to generate the investment for certification,” she stated.

UPM had been approaching the federal government and state governments to see if they could support loan schemes through the National Financing for Agricultural Development (FND) fund for example. One of the problems, Bijnsdorp pointed out, is that Europe-based importers are not inclined to finance the grower’s certification, despite the commercial potential of importing Mexican produce. The issue is further complicated by rising standards. “Lately, European rules have become stricter, including standards related to social and environmental practices. The primary certifications for working conditions are SMETA and GRASP from the Good Agricultural Practices organization (GAP),” Bijnsdorp told MBN. According to Herrera, Mexico still has issues to overcome in the social area, pointing to “the social problems derived from this sector, such as drug trafficking, child exploitation, deforestation and trade practices.”

Bijnsdorp also pointed out that the maturity in professionalization and standardization varies per state. This is particularly evident with avocado. “Michoacan is the only state that is USDA certified to export avocados to the US. However, there are eight other states producing avocados in Mexico, with Jalisco being the largest.” In response to this situation, she says Jalisco and other states are now specializing in exporting to other markets, such as Canada, Japan and the EU. “These states are very professional in their handling of export procedures.”

The primary distinction between exporting to the US and the EU is that the latter requires a sea route. “Exporting to the US is relatively easy. In Uruapan alone, there are more than 50 packaging stations for exports. To export overseas, however, you are dealing with other factors, such as putting products on a boat,” Bijnsdorp told MBN. To transport fresh produce over multiple weeks, they need to be cooled, which affects the final quality of the product when consumed. The ideal condition is to shorten that journey from harvest to consumer as much as possible. Fortunately, there has been a major development in this area this year. In an article written for MBN and published on Nov. 12, Bijnsdorp lauded the fact that after years of hard work between different stakeholders in Mexico and EU, the first 12-day UPM Express Shipment of agro produce had taken place between the harbor of Veracruz and the port of Rotterdam in the Netherlands. This new route reduces the shipping time from more than 20 days to 12. Herrera also recognized the importance of recent developments: “The recent logistical advances that will allow reducing the time it takes to transport agricultural products by sea could represent an excellent opportunity for Mexico,” he told MBN. 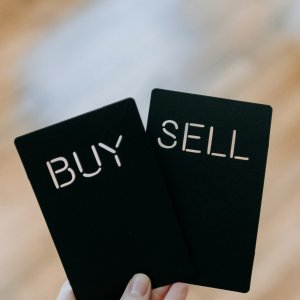 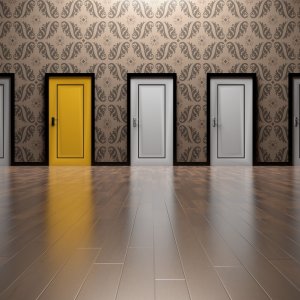 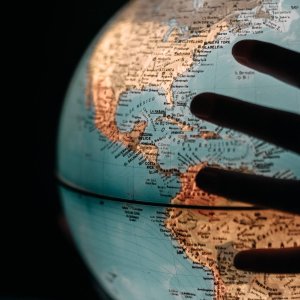 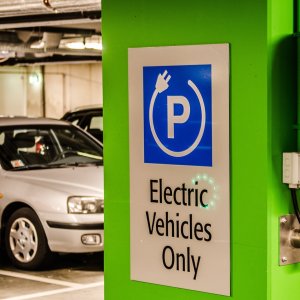 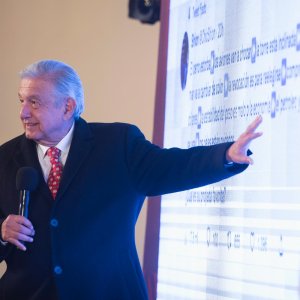 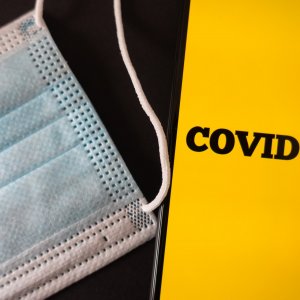