Autonomous vehicles are not a thing of the future. Different OEMs, from Tesla to BMW, are incorporating automated driving systems into their vehicles. This does not mean the vehicle can already drive itself, however. According to industry regulators, there is no vehicle in the market with the level of autonomy for drivers to relinquish control of the unit. How are these vehicles evolving and what is Mexico’s role in their production and development?

Automated driving systems (ADS) aim to increase vehicle and road safety by eliminating the human factor involved in most crash-related deaths. There are different levels of automation set by the Society of Automotive Engineers (SAE) International. What is commonly known as a fully autonomous vehicle that is capable of performing all driving functions under all conditions is the highest level of automation out of five. Levels 1 and 2 represent driver assistance systems and partial automation, respectively. Some Level 2 examples are automated acceleration and steering.

Levels 3 through 5 include systems that allow the driver to relinquish control of the vehicle. In Level 3, the driver may not monitor the environment but is expected to take control of the vehicle at any time. In Level 4, the vehicle can drive itself under limited conditions, while Level 5 means the vehicle can drive everywhere regardless of the conditions. “In 2030, there will be a world full of autonomous solutions. We need to prepare for this now,” said Luz Elena Jurado, CEO of Volvo Trucks México during Mexico Automotive Summit 2021.

In North America, the US has taken the lead in ADS development since 2016, when the Federal Automated Vehicle Policy was released. The US Department of Transportation (USDOT) manifested its commitment toward these innovative technologies. "USDOT is committed to facilitating a new era of transportation innovation and safety, ensuring that our country remains a leader in automation," said the federal agency in a statement.

The US National Highway Traffic Safety Administration (NHTSA) is the federal agency in charge of ADS development policy, which has offered Voluntary Guidance for Automated Driving Systems, including best practices for the sector. On Jan. 11, 2021, the USDOT, through NHTSA, announced the expansion of the Automated Vehicle Transparency and Engagement for Safe Testing (AV-TEST) Initiative from a pilot to a full program, including 52 companies, governments, and associations now participating.

NHTSA also offers a Voluntary Safety Self-Assessment (VSSA) Disclosure Index where companies testing ADS can willingly submit their take on how they address safety. The scope of the assessment covers all automation levels where the driver may not be actively involved in piloting the vehicle. Companies that have presented their own VSSA vary from large automakers including BMW, GM, Ford and Mercedes-Benz – which alongside Bosch has submitted assessment for Level 4 and 5 ADS systems –; large tech companies including Apple and Nvidia; ride-hailing apps like Lyft and Uber and several autonomous driving start-ups.

Development of Autonomous Vehicles in Mexico

Despite Mexico's prominent role in traditional vehicle manufacturing, the development of AVs in the country may be years away. In 2018, the country was included in KPMG's first Autonomous Vehicles Readiness Index (AVRI). Other countries from the Americas included in the index were the US, Canada and Brazil. At the time, Mexico ranked 19 out of 20, just above India. In 2019, AVRI expanded to 25 countries and Mexico ranked 23, just above India and Brazil. In 2020, the latest AVRI included 30 countries and Mexico ranked 28, above of India and Brazil and just below Chile which is the most recent Latin American country added to the list.

AVRI considers four pillars: policy and legislation, technology and innovation, infrastructure and consumer acceptance. Mexico's ranking shows a "weak performance" ranking among the bottom five positions in all categories. Still, KPMG remains optimistic about the development of AVs in Mexico given the country’s proximity to the US and Canada, as well as USMCA. That being said, the firm also notes that the federal government's priorities do not foster these technologies. "Mexican implementation of AVs, along with other new transport and clean energy technologies, is on hold under the current government. We are trying to restore what we have got rather than develop new things. Despite pressure from the private sector, any change is unlikely until the next federal election in 2021," writes Ignacio García de Presno, Partner, Infrastructure and Global Group of KPMG Mexico.

The greatest opportunity area according to AVRI is related to industry partnerships. "There is no doubt that AVs are introducing promising technologies to our lives. But for us to really take advantage and get ready for the future, we need everyone in the market to take a step forward and look for a solution," states Kia Motors de México.

Universities like Tecnológico de Monterrey continue to invest in research related to AV projects. "In Mexico, autonomous driving systems are little known by the general public because Level 3 vehicles are too expensive and there is not a great offer yet. From a technological point of view, autonomous driving is a challenge that can be solved through existing technologies like cameras, radars, lasers, GPS and so on. Although the country’s infrastructure represents another great challenge, Mexican engineering in Artificial Intelligence may open the door to Level 4 autonomy," writes Ph.D. researcher Javier Izquierdo.

Tecnológico de Monterrey is conducting different tests for both autonomous and electric mobility. "Part of the university's work has been focused on developing simulators that help us to test and optimize these smart vehicles under controlled, closed conditions before testing them in the physical world," writes researcher Luis Alberto Curiel.

KPMG has not been the only one to assess Mexico's readiness for autonomous vehicles. A study published in 2018 by Norton Rose Fullbright pointed out that Mexico's communications infrastructure and its work toward deploying 5G networks could help the development of these vehicles. "On May 19, 2018, Mexico became the first nation in the world to completely clear the 600 MHz frequency band which will be solely used for fifth-generation technologies (5G). 5G technologies allow for high data transmission with low latency. This makes 5G technology the perfect medium for the real-time transfer of information, which, according to AV experts, will be key to enhancing the AV industry worldwide," said the legal firm Norton Rose Fulbright. Still, it could take up to 10 to 15 years for 5G networks to be deployed in the country, according to the firm.

Both studies point out the limitations of the country's infrastructure. In terms of regulation, there are no clear laws involving AVs nor federal policies in place that consistently promote the development of these kinds of vehicles. In fact, according to Norton Rose, liability could play a major issue in regulation given Mexico's legal tradition in this regard. On a positive note, Mexico's privacy laws will ensure a safe conduct for vehicles' data to protect the user. 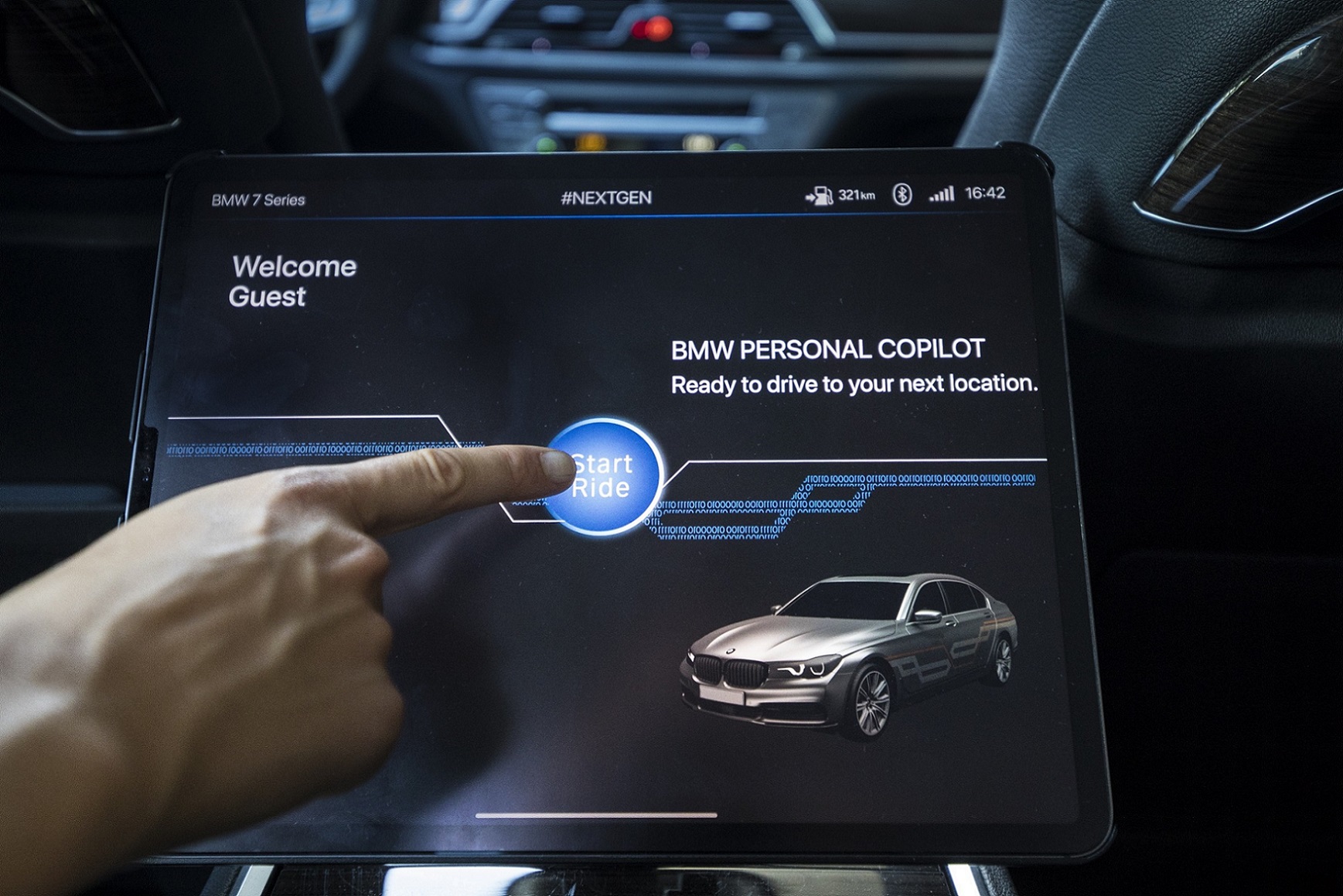 While testing of Level 5 autonomous vehicles has been limited to controlled environments, tests and real-life applications are already common for lower-tier technologies and the record is not a clean one. Between 2015 and 2017, only 53 traffic accidents were recorded in three different counties in California where an AV was involved, contrasting with 247 accidents that occurred in that same period. No traffic accident has been reported involving only two AVs, however.

Tesla, for example, has been involved in several accident investigations involving its Autopilot system. The most recent incidence was two weeks ago, when a Tesla Model S smashed into a tree in Texas. Allegedly, witnesses claim there was no one piloting the vehicle and the bodies of the owner of the vehicle and another passenger were found in the backseat and in the passenger seat, respectively. Elon Musk, CEO of Tesla, tweeted on Apr. 19 that data recovered shows that Tesla's Autopilot was not enabled and that the owner of the vehicle did not purchase Tesla's Full Self-Driving computer installations.

According to NHTSA, "there is no vehicle currently available for sale that is fully 'self-driving,” which would mean Level 4 or Level 5 autonomy. All vehicles in the market today – Tesla included – still “require the full attention of the driver at all times for safe operation.”

On Apr. 17, Elon Musk, CEO of Tesla, stated that the company registered only one accident for every 4.19 million mi driven in Tesla models with the Autopilot system engaged. The US National Transportation Safety Board has opened 27 special investigations involving Tesla vehicles and 23 of those are still ongoing.

ADS aim to bring greater degrees of safety to the roads, minimizing human error. That being said, technological guidelines and policy frameworks should be set clearly. Although Tesla vehicles have the ability to enable self-driving features, according to the US regulator, they do not have all the elements to deliver Level 4 or Level 5 autonomy, which could be misleading for the end-user and could possibly create negative reactions toward technologies that are not yet in the market.

In the case of Mexico, experts are confident that companies like Tesla will push forward the adoption of AVs by rising customers’ expectations. However, clear guidelines are still necessary, maybe taking into account best practices from countries that rank higher in the AVRI, like Singapore, the Netherlands, Norway or the US itself. Effective regulations and coherent policies to promote AVs can help users to understand the actual technology. “We are going through a transformation that is necessary to keep moving and keep business and industries alive. In the past 10 years, vehicles have changed more than they did in the previous 100 years,” said Ricardo Anaya, Product Manager of Qualcomm Mexico, during Mexico Automotive Summit.