Automotive semiconductors allow greater levels of comfort and safety through infotainment and advanced systems. Back in 2004, according to Deloitte, only one in four cars had airbags and less than 50 percent had factory-installed power seats. Automotive innovations today come from electronics rather than mechanics. As automakers speed up toward a connected, autonomous, shared and electric (CASE) mobility, semiconductors have become essential. A single alteration in their supply can have a massive impact on the entire sector.

What Role Do Semiconductors Play in a Vehicle?

Semiconductors are a central part of the vehicle. According to the US International Trade Commission and Deloitte, the cost contribution of automotive electronics in 2007 was around 20 percent. In 2017, they contributed 45 percent of the total price of the car. Deloitte expects that by 2030, electronic systems will represent 45 percent of the vehicle price and 50 percent of its total cost. OEMs are also shifting toward carbon neutrality and electric and hybrid vehicles in fact could increase the need for semiconductors. A hybrid electric vehicle, for instance, can contain up to 3,500 semiconductors with an average costs of US$1,000 for all, while a conventional ICE vehicle contains an average of US$330 in semiconductor value.

Semiconductors are used in a variety of vehicle systems. At first, they focused on safety, which can include active and passive systems to reduce the risks of accidents. Semiconductors now also support advanced-driver-assistance systems (ADAS), which use sensors to monitor the vehicle’s surroundings when driving, collecting data, and tracking potential dangers. Infotainment notably requires semiconductors as it integrates the vehicle's information processing system. Powertrain, driver instruments, chassis and body systems also need semiconductors. Even aftermarket parts include them to track their performance. 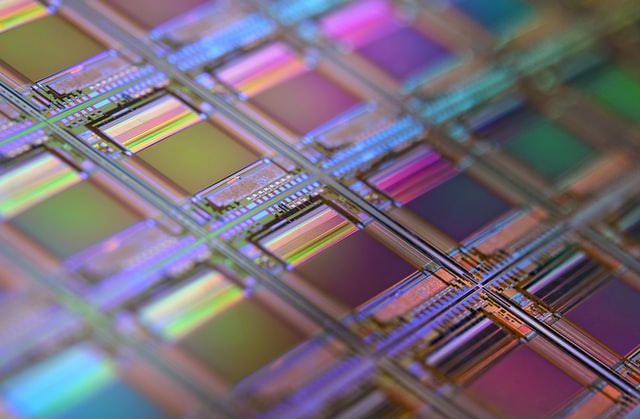 Semiconductor Supply: How Does It Work?

Manufacturing a computer chip can take more than 1,000 steps and 70 separate border crossings, according to Reuters, which means the semiconductor supply chain is a little bit different than that of other auto parts. The automotive supply chain follows a regular process where raw materials are processed to eventually arrive at Tier 2 companies and then Tier 1s that supply OEMs.

Semiconductors follow partially this same logic. "Customers are becoming partners or competitors and vice versa. From acting as a supplier and forming strategic partnerships to entering M&A deals or JVs, the roles in the supply chain are blurring," notes Deloitte. Some companies such as Tesla are designing their own integrated circuits while Tier 1 players are becoming partners in software development. Given suppliers' high dependency on OEMs, Tier 1s are also developing direct relationships with the end customers. For instance, Bosch's app can provide a direct connection to the nearest repair center.

Given the prominent Asian manufacturing footprint, the US and Europe adopted a "fabless" model. Companies relied on manufacturing from Asian countries while they focused on the design and commercialization of the component. These Asian partners are called "foundries" and account for 38 percent of global manufacturing capacity.

North America's semiconductor vulnerability has been made evident during the COVID-19 pandemic. "Given the strategic nature of the semiconductor industry for the US economy and national security, bolstering supply-chain resiliency through geo-graphic diversification is imperative," reads a report by the Boston Consulting Group. Having established that a vehicle produced today has up to 3,500 components in it, the critical relationship between supply availability and just-in-time production becomes evident.

Complications started when COVID-19 shut down Asian production facilities. Honda, Ford, GM, Nissan, Audi, Stellantis and Daimler have announced throughout 1Q21 different "production adjustments" at its North American plants, which vary from technical halts to reduced production shifts due to the scarcity of semiconductors. In Mexico, chip shortages and the severe winter weather in Texas dealt a 29 percent hit to vehicle production in February, with only BMW and Toyota increasing their output year-on-year. According to IHS Markit, production of 1.3 million units was lost in 1Q21 due to shortages.

Moreover, in March, a fire at Renesas Electronics' manufacturing plant in Japan – a supplier of almost a third of global microcontroller chips for cars – also worsened the situation as the company announced pre-fire levels will take between 100 to 120 days to recover.

"With production in 1Q21 expected to grow by 12 percent against 2020, the auto industry’s recovery is being challenged by a perfect storm of month-long capacity constraints at the juncture of becoming a choke point for the sector, as well as one-off challenges brought by natural disasters," said Matteo Fini, Vice President, Automotive Supply Chain, Technology and Aftermarket of IHS Markit. 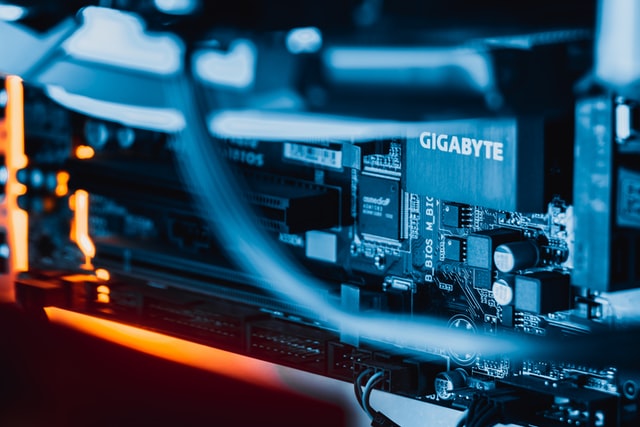 Herbert Deiss, CEO of Volkswagen AG, said semiconductor shortages are the only thing preventing the industry's recovery. "The only thing that is currently limiting and slowing down this recovery is the critical supply situation worldwide with regard to various semiconductor types," Diess said during the Hannover Masse.

Last week, President Joe Biden met with semiconductor industry executives in Washington to address solutions to this crisis. One of the strategies is to take US$50 billion from the US’ US$2 trillion infrastructure plan to develop chip manufacturing in the US. However, some industry leaders have raised concerns. “Trying to reconstruct an entire supply chain from upstream to downstream in a single location is just not a possibility," David Somo, Senior Vice President of ON Semiconductor, told Reuters. "It would be prohibitively expensive."

Intel Chief Executive Pat Gelsinger, also an attendant to the meeting, told Reuters the company wanted to start producing chips at its factories within six to nine months. "We are hoping that some of these things can be alleviated, not requiring a three or four-year factory build, but maybe six months of new products being certified on some of our existing processes," Gelsinger said. "We have begun those engagements already with some key component suppliers."

Validation of new suppliers could require time, according to the USITC, which could be more than a year. OEMs' requirements for semiconductor providers are considerably stricter than those used for consumer electronics. The latter industry allows a confidence rate of less than 1,000PPM, while the automotive sector works with rates of below 1PPB with an expected lifecycle of at least 15 years.

IHS Markit points out that the fire in Japan and the production shutdowns in Texas will become an additional burden to the industry's recovery. The firm expects 2Q21 to be "as exposed as 1Q21." Stabilization of semiconductor supply is expected to arrive by 4Q21, while recovery efforts will start until early 2022. “IHS Markit estimates it will be 1Q22 before there is enough capacity to keep up with demand and to begin filling missed backlog," stated the firm.

Recovery should arrive in 1Q22, if things remain unchanged. However, Taiwan – now at the cornerstone of chip supply – is facing a severe drought which could potentially damage production. Semiconductors require large amounts of ultra-pure water. "Contingency plans include water to be trucked to factories as needed but given how 2021 has gone so far for the semiconductor supply chain, the water situation is worth putting on the list of 'things to watch’," said Phil Amsrud, Senior Principal Automotive Semiconductor Analyst at IHS Markit.

One of the main reasons production moved to Asia during the 2000s was the availability of low-cost labor. However, Chinese labor costs surpassed those of Mexican workers, according to tetakawi, a shelter provider company. Manufacturing labor costs per hour in Mexico stood in 2016 at US$3.82 while in China they were US$4.99. Average annual salaries for manufacturing workers can go from US$7,220 annually (unskilled labor) to US$12,255 (skilled labor) in the latter country.

Currently, the country has an Infineon Technologies' facility in Tijuana and an NXP Semiconductor facility in Guadalajara. Local governments could take advantage of USMCA to strengthen regional semiconductor supply chains given Mexico's role as the fourth-largest vehicle exporter and eighth-largest producer of consumer electronics.

Extra: Types of Installed Electronics on a Vehicle