Q: How are market trends expected to impact the development of the domestic market?

A: The market grew in double-digits for the first half of 2016. By the fourth quarter, we expect to reach 1.5 million units sold. This would be a record-breaking figure but is still 400,000 vehicles below the country’s true potential. We align our goals with those of other countries with similar economic and demographic indexes such as Argentina, Chile and Brazil. Thus, to reach the same levels of domestic sales per capita, Mexico needs to expand its rate of vehicles per 1000 people to approximately 18 cars from 11.

Q: How will used vehicle imports reflect the evolution of the domestic market?

A: Used vehicles imports remain low and we are working with the authorities to counter the increase we saw during the first months of 2016. The domestic new vehicle market is presenting more encouraging figures than previous years. The best strategy to boost vehicle sales will be to target all loopholes that importers are using to elude the legal requirements for used vehicle imports. Certain vehicles are only allowed to cross to the states that border the US but many end up being used throughout central Mexico. The Mexican government, the General Customs Agency and the Mexican Revenue Service (SAT) are keen to solve these problems, supported by measures implemented by the Treasury. The NAFTA agreement has no effect on used vehicles imports and Mexico has a unilateral trade policy due to an import decree that aims to regulate used vehicles entering the country.

Q: How does the industry plan to support the imminent growth of hybrid and electric models in the market?

A: The government needs to implement an incentives program to encourage hybrid and electric vehicle purchases. This will eventually include green license plates. We are discussing the possibility of offering certain benefits to owners of these types of cars with the federal and local governments. Regarding electric vehicles, we started collaborating with the Ministry of Energy and the Federal Electricity Commission (CFE) in 2015 to develop electric vehicle charging stations for public spaces. Certain private sector companies have launched similar initiatives but both the federal and regional authorities must be actively involved in the process to improve and expand the existing infrastructure in the country. 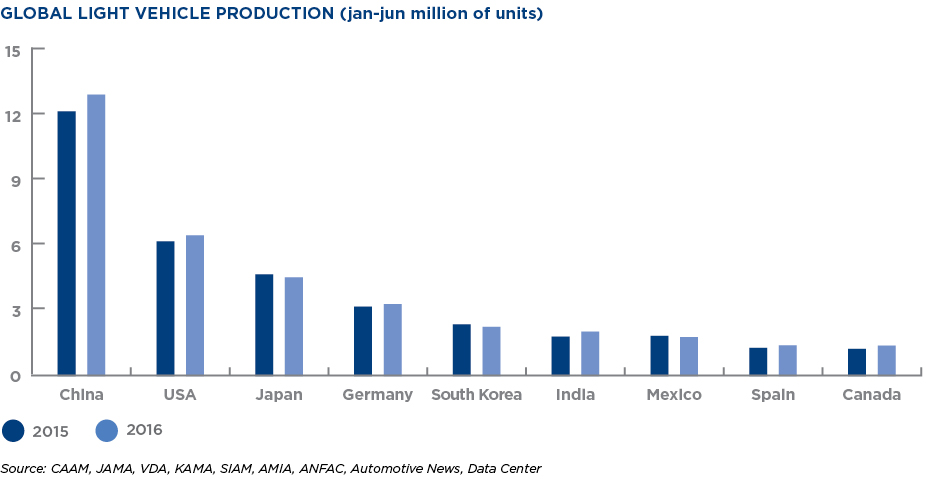 In terms of costs, CFE has already established that charging a vehicle will not elevate users’ bills. Electric-car owners can apply for a second power meter specifically dedicated to the vehicle, while the company that owns the infrastructure of any public charger will be responsible for electricity costs. There may also be incentives for companies that decide to include these platforms. The federal government is still evaluating this possibility.

Q: How is Mexico advancing in terms of increasing R&D operations and how is AMIA collaborating in this nationwide process?

A: Mexico is transitioning from purely manufacturing projects to advanced engineering operations. OEMs and suppliers are relocating facilities and staff that can carry out R&D operations in Mexico. To support this influx we have created the National Academic Institutions and Research Centers’ Group for the Automotive Industry. The goal of this association is to develop programs that promote research, development and innovation, while securing the appropriate human capital, infrastructure and technology.

We also want to foster collaborative research projects between the public and private sectors, as well as academia. All stakeholders need to be involved in this initiative. Along with the development of specialized human capital, these projects will help Mexico fulfil its potential and reach the highest production and innovation levels.

Q: What are the general expectations for the automotive industry's production?

A: Manufacturing operations are directly related to exports, since 83 percent of Mexico’s total production is destined for the international market. Of that number 86 percent of vehicles are sent to Canada and the US so our operations are highly dependent on the behavior of these two markets. Sales have fallen in both countries, particularly in the compact models that Mexico most manufactures, which has been attributed to the global drop in oil prices.

As gasoline and diesel prices go down, the market fosters a suitable environment for larger vehicles. This is a temporary situation unrelated to infrastructure or the evolution of Mexican industry. The market is expected to recover with time and production figures are likely to increase by the end of the year.

New players in the market will support manufacturing operations. KIA is now starting up in Nuevo Leon and so is Audi in Puebla. Our forecast for vehicles produced in Mexico remains at approximately 5 million units by the end of 2020.