Consolidating After Six Years of Development

Q: What conditions led to Aguascalientes’ impressive growth and could they be emulated by states struggling in their development process?

A: Each state has different challenges and every government is making a significant effort to solve them. Aguascalientes created favorable conditions to attract new national and foreign businesses, as well as for the expansion and growth of those already established. At the beginning of my administration, we set up the Single Police Command that has brought necessary security to encourage international investment. Security levels in Aguascalientes are among the best in the country. This initiative was the first in Mexico and it has allowed us to coordinate all law enforcement efforts at the municipal, state and federal levels. The main road accesses to the state are controlled with advanced technology, all of which has contributed to the prevention and deterrence of crime.

Aguascalientes coordinated public colleges and technical schools to match their academic programs to the local industries’ demands. We created El Retoño Technological Institute — the first public bilingual university in Aguascalientes where students not only receive education in several languages but also have the opportunity to study abroad. We successfully promoted the development of the Aguascalientes Autonomous University, resulting in the construction of the South Campus and its specialized engineering programs. Having developed the state’s industrial infrastructure, exporting manufacturers have everything necessary to settle and start operations quickly, contributing to fast and sustainable growth. The Automotive Logistics Industrial Park (PILA) was one of our priorities as a world-class industrial park, along with road repairs on all routes in the old Industrial City and the improvement of public industrial parks. These actions attracted the main infrastructure developers in Mexico.

Q: How has Aguascalientes collaborated with the federal government to boost foreign investment?

A: To attract top added-value international companies, we enforced effective cross-institutional cooperation between the different state government offices. This allowed us to provide all the necessary resources to operate without interruption, establishing clear rules in all areas from land use ordinance to culture and entertainment. We decided to work hand-in-hand with OEMs and their suppliers abroad through different events with the goal of letting them see firsthand the competitive advantages of investing in Aguascalientes. Eventually, this resulted in a broader supplier base, imports reductions and lower local production costs.

We implemented a number of support programs for local SMEs in coordination with the federal government to incorporate them into the production chain, taking advantage of local talent in business and engineering. Despite important investments, we avoided incurring further debt and reduced the existing debt level. Consequently, international ratings firms continue to award us with the highest ratings at a national scale.

Q: What has total national and foreign investment in the state totaled and how has this translated into a high credit rating for Aguascalientes?

A: Aguascalientes has landed 145 new national and international investment projects during this term of office, 75 of which are newly established companies. The rest are expansions of companies already operating in the state. This accounted for a total investment of nearly US$7 billion and generated over 80,000 new jobs. This is our most important accomplishment as it represents 80,000 fewer problems in Aguascalientes and a secure income for families. This number surpasses the combined employment rate of the two preceding administrations by 65 percent.

Investments also led to an increase in manufacturing activities of 28.9 percent in 2014, generating the highest economic growth in the country for that year at 11.3 percent, even higher than China’s 7 percent.

Q: What is Aguascalientes’ current participation in the national economy and what role has the automotive industry played?

A: With 1.1 percent of the national population, Aguascalientes contributes over 2 percent of Mexico’s exports, according to data from INEGI in December 2014. That same data placed us in third place nationwide in terms of exports growth, with an over 25 percent annual increase compared to 2013. More than 80 percent of these exports come from the automotive sector, representing nearly US$6.75 billion. Equally important is the positive commercial balance in our state, which the Ministry of Finance calculated at a positive US$1.7 billion for 2015.

The automotive sector in Aguascalientes includes over 200 companies generating over 40,000 direct jobs. In the last five and half years, of the aforementioned 145 investment projects, 95 came from the automotive industry. Nissan leads in light vehicle sales and production in Mexico and the automotive industry is one of the best-paying activities in the state. Furthermore, we have the lowest personnel rotation in the region, making us even more competitive. We do not suffer from strikes and we have not seen a strike in the industrial sector in nearly 50 years. This, combined with great security, education, health and other services, helps maintain a stable workforce.

Q: What projects and strategies should be maintained by the next administration to keep fueling this development?

A: I believe growth in Aguascalientes will continue to occur naturally, as we have laid down a solid foundation for this to happen. The COMPAS plant that will produce luxury vehicles for Infiniti and Mercedes-Benz is already under construction and is set to bring about many additional benefits to the state’s economy. Earlier this year I was in Germany visiting suppliers for Daimler, and I have met with a great number of Japanese suppliers. During these visits we focus on economic promotion with many companies, not limited to the automotive sector.

Approximately 20 percent of the companies that have invested in Aguascalientes during my administration were not Nissan suppliers when they first came. Some have started negotiations with them and I hope in the future they can all be OEM suppliers, not only locally but at a national level. The supply chain has a very important role in the impact of these investment projects, as large and small companies join the value chain generating jobs and strengthening the economic dynamics of the state. It is common for an automotive OEM to generate up to 11 additional jobs for each direct job it creates, hence the importance of maintaining this dynamic.

Development of other industries is equally important, especially in strategic sectors such as information technology, software and application design and production, electronics, food and beverage, biomedical, metallurgy and textile industries. A new trend we are observing and promoting is the establishment of new engineering and R&D centers at the same companies that already invested in the state. The quality and efficiency of our engineering is as remarkable as our manufacturing capabilities, representing an attractive segment with a high added value. 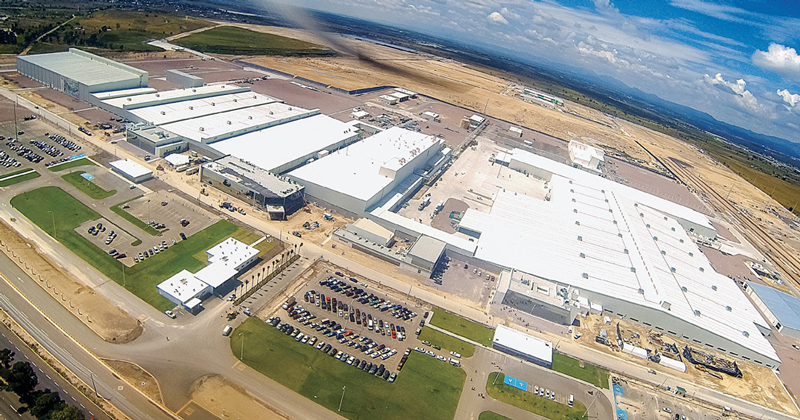