The Future of the Industry

Without automation and process digitalization, producing a car every 34 seconds would be impossible for the largest manufacturer in the country. Just how advanced is technology in manufacturing processes? What exactly is the so-called Industry 4.0 and how can it help companies meet production and cost-reduction targets?

Rather than just one concept, Industry 4.0 is the conjunction of several ideas and practices that lead to what is now called a “smart factory:” automation, digitalization, data collection and analysis, connectivity and development of advanced manufacturing solutions and human-machine interaction. It is called Industry 4.0 because it represents the fourth industrial revolution hitting the industry.

On its own, automation in the automotive industry is nothing new. Robotics and automation equipment have become standard, especially among OEMs and big Tier 1 suppliers that depend on large production volumes. However, one of the elements of Industry 4.0 is how to implement the advantages of automated manufacturing into a production planning process. That is where data collection and analysis come into play.

Having automated processes allows companies to monitor each step of their production and how products and equipment are behaving. Component defects can be detected  immediately by embedded quality-checking machines and manufacturing conditions can be adjusted accordingly. Meanwhile, maintenance operations can be scheduled around production deadlines without affecting the company’s overall output. All information is digitalized and centralized so it can be available at any time.

The data generated is useless, however, unless it can be employed to further optimize the entire production floor while reducing response times between the company’s different areas. Executives must be aware of how much is being produced to plan the accompanying raw material purchases. Meanwhile, the sales department must know the amount of stock available to avoid saturating the company’s own production capacity. Connectivity is a key element to create a direct link between manufacturing, suppliers and clients and according to PwC’s Industry 4.0: Building the Digital Enterprise research of 2016, 50 percent of 2,000 executives surveyed in 26 countries think data and analytics are becoming more relevant in decision-making processes, 49 percent regarding the automotive sector alone. However, only 18 percent of the companies surveyed have a strong data-analytics strategy.

The amount of data necessary for these analyses can be immense, especially when factoring in different part numbers, purchasing orders and product destinations. Many companies are still skeptical but cloud-based applications have now become a standard in the industry, particularly to connect companies with their clients or suppliers. Even for players clinging to more traditional models, companies such as Epicor have developed hybrid solutions that combine cloud with on-site benefits to bypass these objections. “New external challenges arise continuously that require information to be available onsite, which means we cannot neglect the traditional ERP models,” says Pedro Garza, Channel Development and Customer Advocacy Director / LATAM of Epicor.

Many Industry 4.0 practices seek to improve existing production operations but there is a final branch that has innovation as a priority. Advanced manufacturing solutions are also part of the new industrial revolution, which means that additive manufacturing, 3D scanning, virtual modeling and many other solutions are permeating the traditional production process.

For example, 3D printing was previously used only in prototype production but as technology becomes increasingly affordable and the reliability of metal 3D printing improves, more companies are choosing this alternative to reduce production costs. “Additive manufacturing was previously considered too costly and unprecise for mass production,” says Victor Ruiz, Managing Director of 3D Systems Latin America. “Now, it has become a complement to traditional manufacturing processes.” Collaborative robots are also making inroads in the industry. Instead of large production cells with caged robots, companies can now install smaller collaborative equipment that can work with human operators.

The fourth industrial revolution is already underway. Yet, not all players are ready for what it may bring. According to PwC’s research, only 33 percent of the executives surveyed think themselves prepared for the likely changes Industry 4.0 will spur. That number is expected to double by 2020, reaching 72 percent. The same survey shows that companies expect an average 2.9 percent increase in revenues due to digitalization, as well as an average 3.6 percent annual cost reduction (3.9 percent when it comes to the automotive sector).

For its part, Mexico remains a laggard in the implementation of these advances. “There are massive technology gaps in the automotive supply chain,” says Manuel Nieblas, Partner and Manufacturing Industry Leader at Deloitte Mexico. “SMEs are practically unaware of the advantages these advances can offer and they do not have the necessary resources to invest in advanced manufacturing equipment.” Meanwhile, Alberto Torrijos, Partner and Consultant at Deloitte Consulting Group, believes that Mexican companies are not ready to face the technological challenges presented by the industry; they are more focused on surviving.

Although José Rogelio Garza, Deputy Minister of Industry and Commerce, told Mexico Automotive Review in 2015 that the government’s goal is to transform Mexico from a low-value manufacturing location into a high-tech production hub, Juan Manuel Kuri, Country Manager of Siemens PLM Mesoamerica told an Industry 4.0 seminar that Industry 4.0 practices will not become a standard for the Mexican industry until 2030. As a low-cost manufacturing country, labor costs outweigh the cost benefits from implementing advanced automation solutions. However, equipment costs keep decreasing, which means the country could soon face a paradigm shift in the way it presents itself to potential investors.

The automotive industry is one of the leading drivers in the implementation of Industry 4.0 practices and Mexico prides itself as a leading automotive hub. The question is, how ready is Mexico to embrace Industry 4.0? 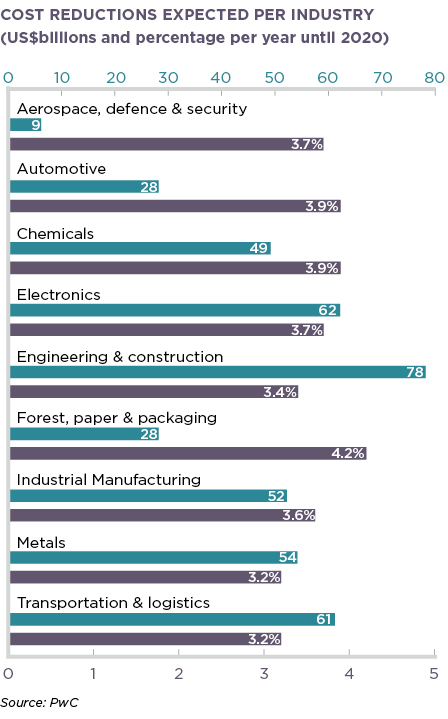 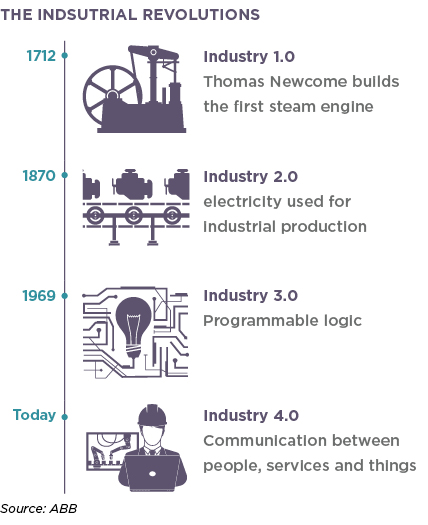 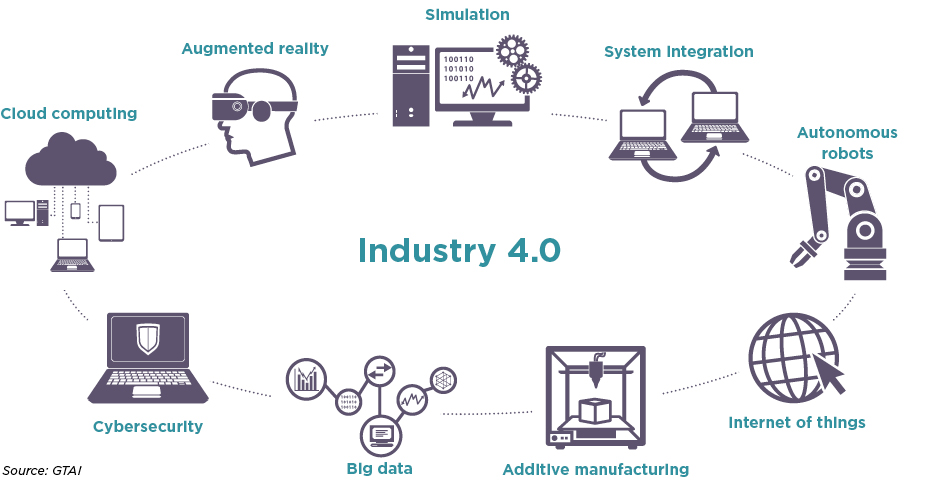