To observe the International Day of Persons with Disabilities, General Motors Mexico strengthened its corporate efforts to become the world’s most inclusive company by offering employment opportunities to differently-abled individuals.

“In Mexico, we have spent over 10 years focusing on procuring better inclusion conditions for our collaborators. Thanks to them, and their diversity in ideas and proposals, we were able to find solutions to cater to our clients,” said María Angélica Zambrano, Human Resources Director, General Motors Mexico.

General Motors joined the inclusivity efforts of Juntos A.C. and Alianza Éntrale to ensure equal hiring opportunities and diversity within the company’s staff. General Motors Mexico adjusted its manufacturing site to become as accessible as possible 10 years ago. Its Committee for Diversity and Inclusion works to incorporate individuals regardless of their gender, age, sexual orientation, religion or disabilities. A diverse workforce benefits the company by promoting a culture of respect that can heighten productivity. General Motors employs more than 100 workers with a disability.

The automaker also made headlines this week by once again addressing the future of EVs in Mexico. Along with Mitsubishi, General Motors stated that to boost the production of EV in Mexico, the country must establish incentives that can bring production from Asia.

Francisco Garza, President and General Director, General Motors Mexico, said that Mexico can become a leader in the Americas for EV manufacturing as a result of trade deals that put the country in an advantageous position. Mexico, however, faces several limitations such as the preference for lower-priced vehicles, said Garza. But despite their slow start, EVs will be the future of the industry, he added.

Since NAFTA was signed in 1994, General Motors has been one Mexico’s largest investors and had reported a plan to invest US$1 billion in Coahuila for the manufacturing of EVs. But that investment is now in question depending on the future of the reform. 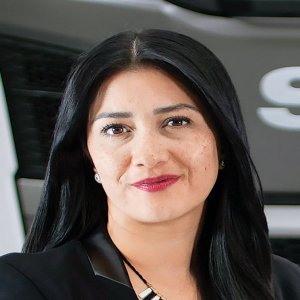