A Promising Future for the Domestic Market

Q: In terms of results and objectives reached, how would you evaluate the Mexican automotive industry?

A: Car sales surpassed 1.35 million in 2015, representing 19 percent growth compared to 2014. The market took almost 10 years to recover its expected level of domestic sales after the economic crisis of 2008, this despite the size of Mexico’s economy, its GDP per capita and the high purchasing power of the population. Coordination between several sectors of the industry was necessary to achieve this common goal.

In 2012, before the new government took office, a document was developed called Dialogues with the Automotive Industry. This national plan was created by the Ministry of Economy with the intention of aligning distributors, manufacturers, logistics fleets and all other players in the industry. The Ministry of Finance, the Mexican Revenue Service (SAT), the Federal Attorney’s Office of Consumers (PROFECO), the Ministry of the Environment, the Ministry of Labor, the Ministry of Public Security and the Ministry of Transportation and Communications also collaborated in the development of this initiative.

Representing 4 percent of Mexico’s current GDP and 23 percent of manufacturing GDP as the fourth most important exporting industry, not to mention a significant employment generator, the automotive industry is a growth catalyst that authorities have welcomed with open arms. With such impressive growth, the big questions now address the true potential of the domestic market. Sales should be between 1.8 million and 2 million units and we aim to reach those numbers in three to five years.

Q: How has the automotive market evolved in terms of financing market penetration?

A: In the distribution sector specifically, the consolidation of close to 40 brands led to 1,900 dealerships offering approximately 500 models with up to 2,000 versions. The key automotive players have firmly established their stronghold on domestic industry. These numbers are a result of increased availability of car loans and controls on used vehicle imports, as well as economic growth in Mexico. Five years ago, financing represented 42 percent of sales, whereas at the end of 2015 the figure was 62 percent. Mexico should see financing for up to 80 percent of its units, allowing the country to sell at least 200,000 more vehicles annually.

Q: Which internal policies could benefit the domestic market this fiscal year?

A: Eliminating the road tax would be an important step but that must be decided by each state individually. Higher limits for tax deductions, which were adjusted last year from MX$135,000 (US$7,941) to MX$175,000 (US$10,294) should be increased even further to boost vehicle ownership. Unfortunately, we are still affected by used vehicle imports. The impact of these units on safety, pollution and the aging of the vehicle park is the result of up to 1 million imported vehicles on the road. Should policies continue to minimize the influx of imported units and fairly reflect the requirements that the US asks of Mexican exports, we could reduce the problems. The situation was worsened by 90 percent of the units being imported under a special legal status.

We need to be sure that everything that crosses the border meets the minimum standards that would protect our air quality and road safety. Environmental concerns are even graver in the cities closest to the Mexican northern border, which are almost twice as polluted as the rest of the country.

Q: How is AMDA preparing the legislative landscape for the automotive industry?

A: Companies must comply with the Data Protection Law, as well as reports regarding money laundering, Public Vehicle Registration (REPUVE), employees’ medical and pension contributions and environmental norms. All distributors can download the AMDA Legislative Compendium and all companies that are considering entering the sector can read about the adjustments and new laws that relate to the industry in a newsletter that we send out every month.

We offer multiple training and information sessions across the country to educate dealerships about the laws they must comply with. There is considerable urgency to improve data processing and storage across all sectors. Information that dealerships must report to REPUVE, SAT and the Unit of Financial Intelligence, among others, could be condensed to make the data more accessible, facilitating transparency. If we can make processes simpler for companies, they are more likely to comply with regulations.

Q: What do you predict will be the most important automotive trends?

A: Assuming an integrated political plan, we hope to see an improved mobility system in the country. This should lead to more appropriate light and heavy vehicle distribution. We need to prepare for the foreseen influx of hybrid and electric vehicles, as well as trends toward vehicle sharing and services such as Uber.

More efficient distribution centers must be built in the near future because stepping up from 1.3 million cars to 2 million will be no mean feat. Traffic levels at rush hour already see commuters at close to a standstill. Although we have plenty of car transporters in dealerships ready to distribute the product, infrastructure needs to get up to speed with automotive sales.

Hampered by the Fiscal Reform released in 2014, consumer confidence dropped in the first quarter of the same year. The negative index of -0.3 percent inconsumer confidence during the first half of 2014 was a first for Mexico, inevitably reflected in vehicle sales. Unsurprisingly, the first half of 2015 looked positive compared to the previous year but interestingly, double-digit growth continued throughout the rest of the year.

We forecast between 2.2 and 2.4 percent growth in the Mexican economy for 2016. This is above the growth of many comparable countries, thanks to strong public financing schemes, stable banking policies and reforms that should encourage economic growth. For this reason, Mexico will easily reach 3 or 4 percent growth by 2020, and thus the ambitious target of 1.8 million automotive units. Growth now is concentrated in the north of the country but this ought to be more evenly distributed across states so that the entire population can benefit from the infrastructure and job creation coming from the automotive sector. 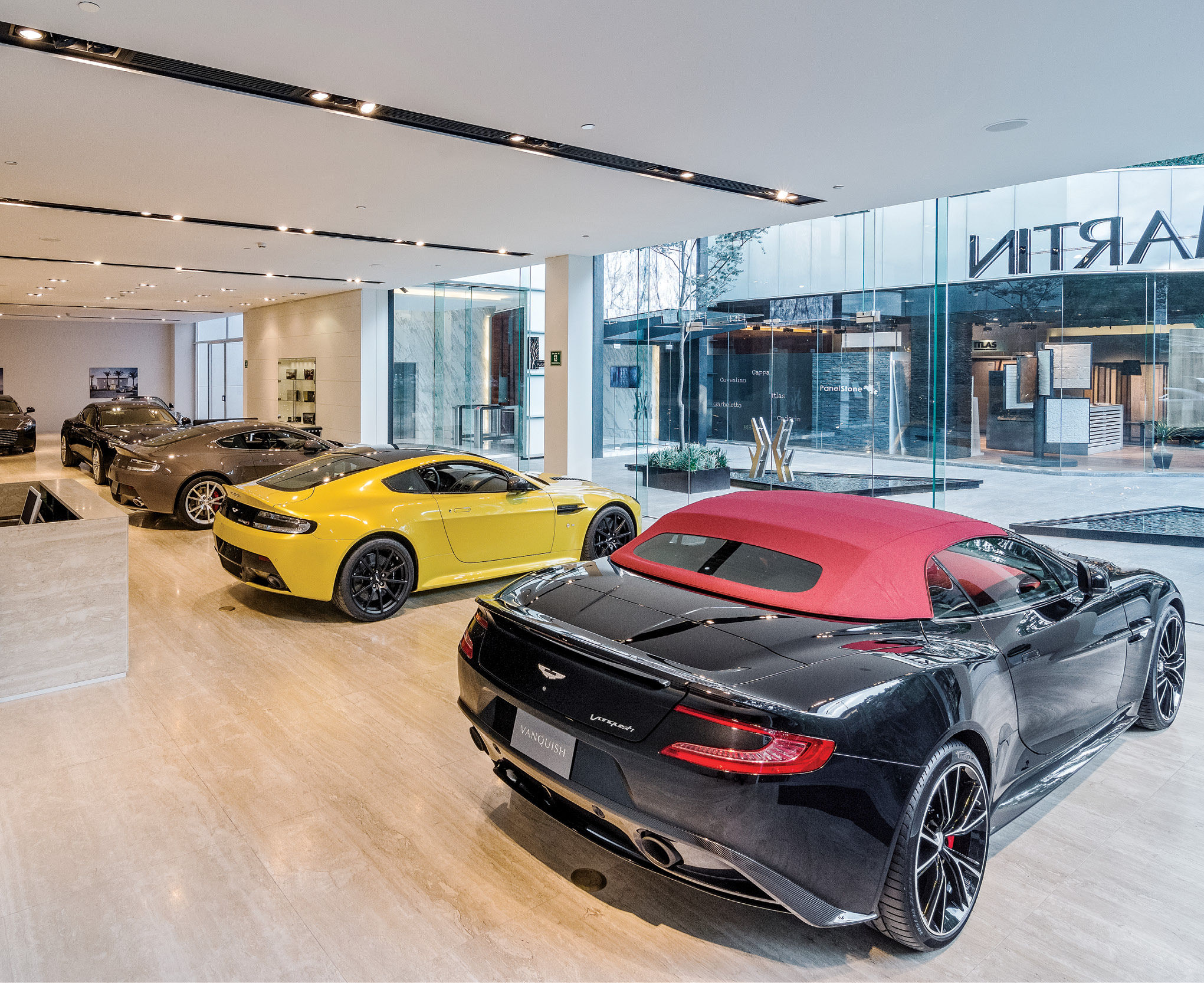