Smartphone companies OPPO, Realme and OnePlus—all owned by the private Chinese multinational conglomerate BBK Electronics—have filed trademarks for electric and driverless cars in India. 91mobiles confirmed OPPO is planning an electric vehicle (EV) launch between late 2023 and 2024 but offered no official technical or hardware details, such as if the company will collaborate with third-party auto manufacturers for the production of EVs or not. The vehicle will be produced exclusively for India, where EV sales went up 234 percent throughout 2021.

OPPO will join Huawei and Xiaomi in the production of EVs. Huawei partnered up with carmaker Changan Automobile and battery supplier CATL to create the EV brand Avatr, whose first model—the Avatr 11 SUV—was launched earlier last week. The SUV was the second mass-produced car with an automotive hardware and software suite that includes Harmony OS Huawei Hi and even computing platforms for autonomous driving.

The model will be introduced to the Chinese auto market, where the companies hope to take a significant share of EV sales, in the third quarter of 2022 and will be produced in a Chongqing plant capable of manufacturing 350,000 vehicles. Sources estimate the SUV to cost around RMB$300,000 (US$47,000). Changan’s goal is for EVs to represent 35 percent of its total sales by 2025, joining many nationwide efforts to increase the sale of EV and hybrid models in order to lower their carbon emissions. Huawei had recently partnered with state-owned automaker BAIC in April to co-lunch the Alpha S, the first vehicle to include Huawei’s self-driving technology prior to Avatr.

Smartphone company Xiaomi also announced last month its plans to launch its first EV in the first half of 2024 and to launch a new car each yearly during three years, during which it hopes to sell 900,000 EVs. Lei Jun, Group Chairman, Xiaomi, said that the move comes from the belief that a failure to join the EV transition would result in the “elimination” of the company as “electric cars have now transformed from a mechanical industry to an information industry,” Jun said.

Although China leads the world in EV sales, Xiaomi’s actions could very well signal an international trend that could eventually impact the Mexican market. Production of EVs by automotive manufacturers has already begun in the country and is only expected to continue increasing in the region. Apple is rumored to be preparing an EV launch in 2024. As Mexico looks to meet its own commitments of carbon neutral emissions at COP26 and foreign smartphone companies might look to expand into the Americas, the production of EVs continues to present an exciting opportunity for Mexican auto manufacturing. 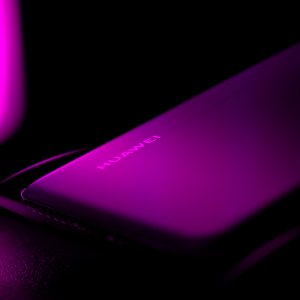