Toyota and Honda held their longstanding first and second rankings in the annual North American Automotive OEM-Supplier Working Relations Index (WRI) Study released this Monday by Plante Moran. The study is a comprehensive annual survey that examines the working relations between Tier 1s and their North America-based OEM customers from the suppliers’ perspective, according to Plante Moran. The firm collects confidential, qualitative information from hundreds of suppliers to translate into quantitative results, in which OEMs are ranked on a 500-point scale.

"The industry was hit with unprecedented challenges this past year, which created tensions with suppliers that will only get worse if they are not resolved," said Dave Andrea, Principal, Automotive & Mobility Consulting Practice, Plante Moran.

The WRI Study “is rooted in academia” and since its creation in the early 2000s, “continues to follow the same quality standards today,” says Plante Moran. Its objective remains to independently survey suppliers and highlight their perceptions working with their North America-based OEM customers. 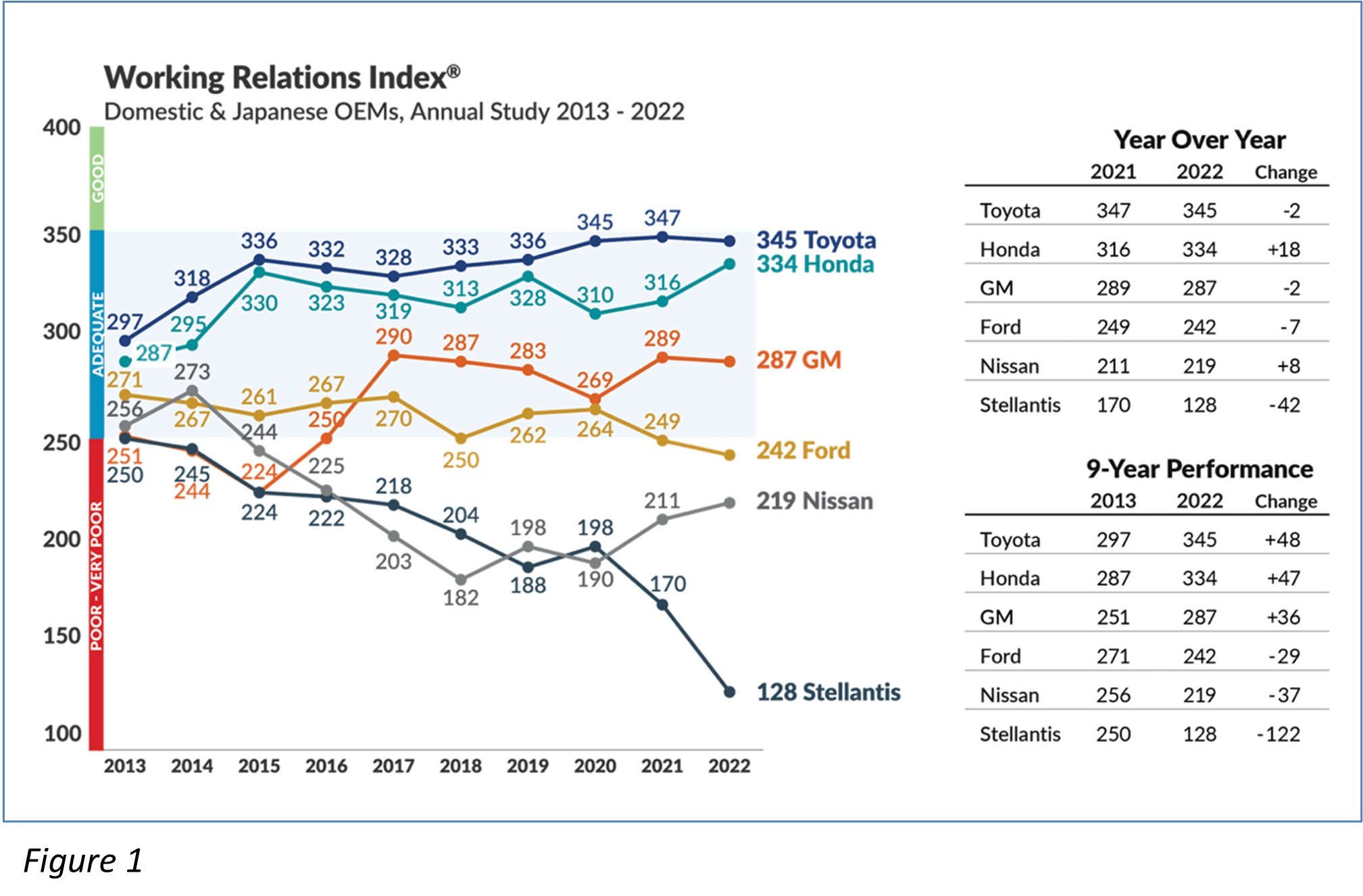 Honda and Nissan were the most improved OEMs overall this year, while the spread from Toyota (345) to Stellantis (128) was 217 points, the greatest since 2008’s spread of 206 points between the same automakers, according to Cision PR Newswire.

The transition to EVs is impacting several suppliers negatively and OEM-Supplier relationships most be open and honest, said Andrea: "Combine the supply chain disruptions with the accelerating shift to EVs that will negatively impact many suppliers, and OEM supplier relations could become unnecessarily strained unless this transition is handled in an open and honest manner."

Mexico is one of the US’ Top 3 commercial partners. After USMCA’s enforcement, the automotive industry has only strengthened its links in the region. In 2021, Mexico became the fourth largest auto part producer in the world, with a US$94.78 billion production during the year, as reported by MBN. In addition to hundreds of Tier 2s and 3s, Mexico is home to more than 600 automotive Tier 1s, according to How2Go Consulting.