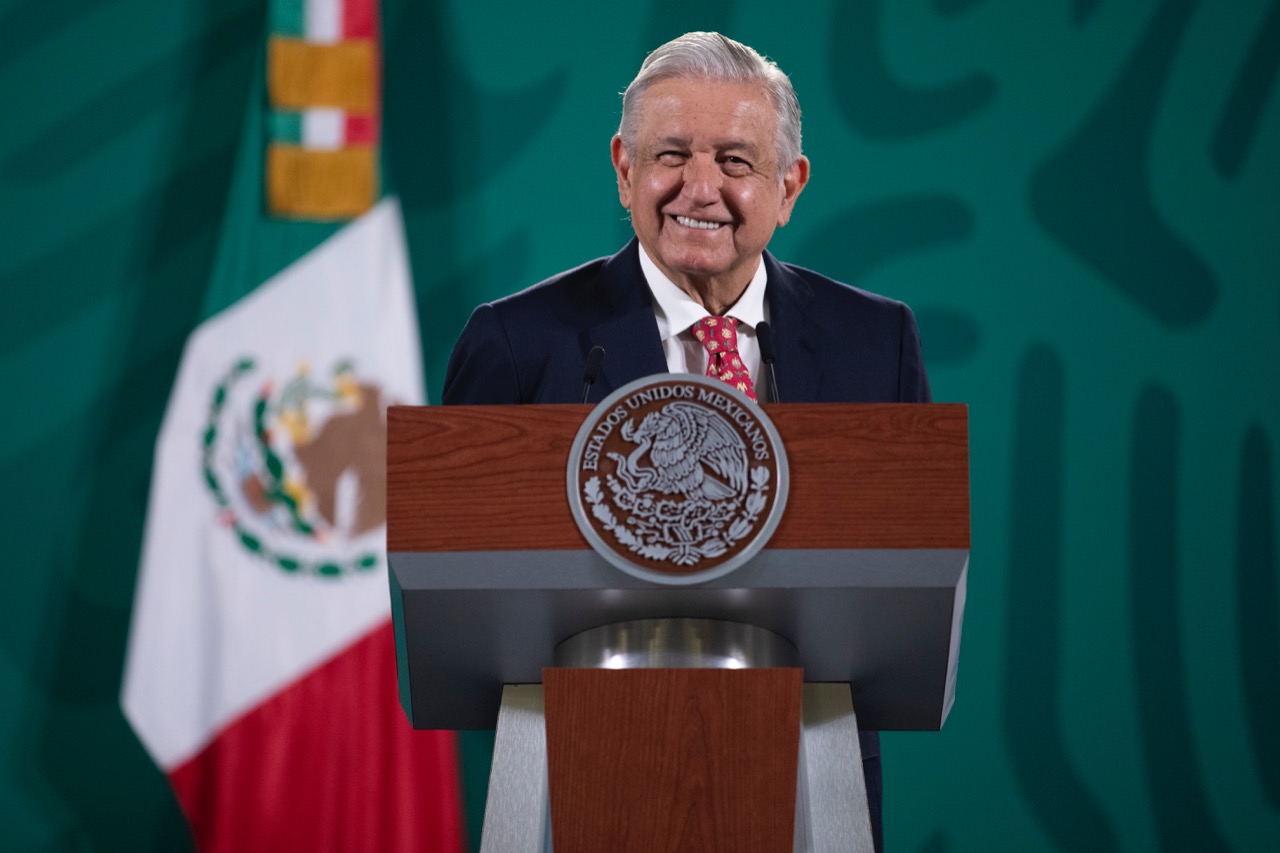 AMLO
No COVID Increase After Return to School/Amnesty Law

National Lottery on Sept. 15. President Andrés Manuel López Obrador called on Mexicans to participate in the National Lottery on Sept. 15 and stressed that the proceeds will go to reward athletes who participated in the Tokyo 2020 Olympic Games. "Go and buy a ticket for the lottery. Everything we collect will be given to our athletes who represented us very well at the Olympic and Paralympic Games."

The Mexican authorities announced that 22 prizes will be raffled, including houses, apartments, ranches, land, boxes in the Azteca Stadium, among other properties that have been confiscated for their links to organized crime. Each raffle ticket costs MX$250 (US$12.58). 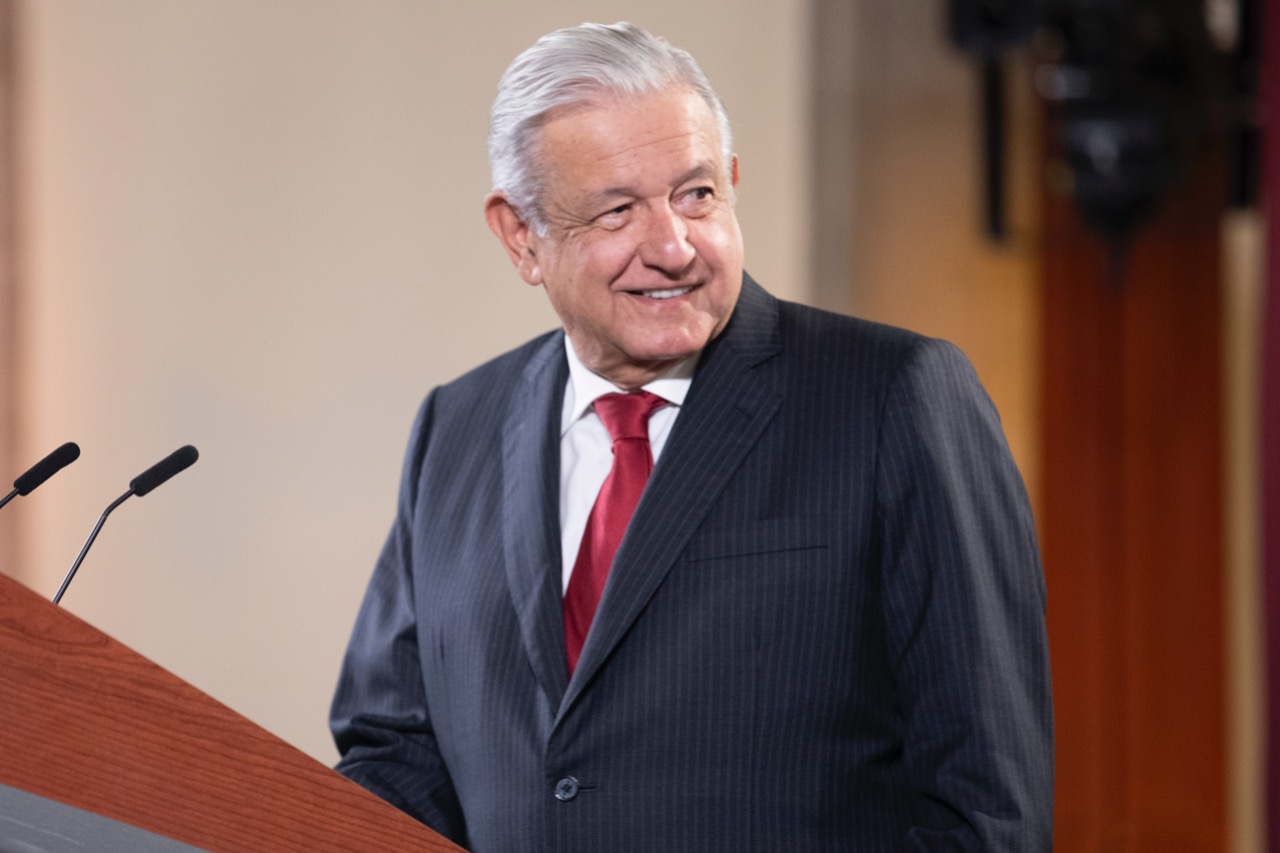 New CELAC meeting in Mexico. President Andrés Manuel López Obrador announced that the Summit of the Community of Latin American and Caribbean States (CELAC) will be held in Mexico on Sept. 18, where 17 leaders will participate. "We are inviting all the leaders to our Revolution and military parade on Sept. 15 and 16 to celebrate with us. Then, we will discuss important issues."

Foreign Minister Marcelo Ebrard said that the objective of the new meeting is to find agreements for the creation of a new body to replace the OAS, which is accused of following orders from the US. Once the proposal is made, it will be submitted to the US and Canada to begin a replacement process. 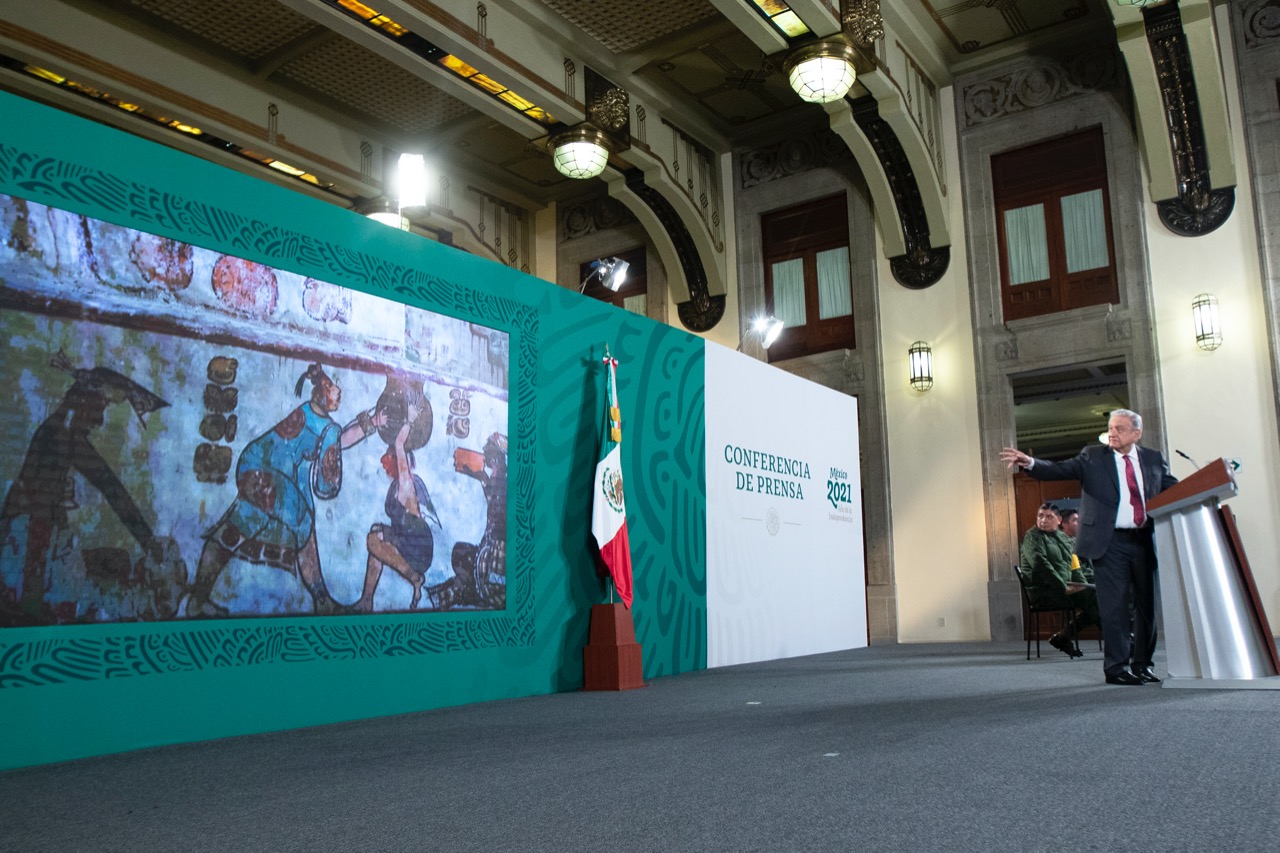 AMLO
New Airport Report/Dialogue With US

Santa Lucia. President Andrés Manuel López Obrador said that the construction of the Felpe Ángeles International Airport has so far led to savings of MX$125 billion (US$6.3 billion). “With that, it is almost being financed, or it is very close to what the Mayan Train is going to cost, which gives an idea of ​​how important it is to banish corruption. The problem is not the lack of budget. The problem is corruption,” López Obrador said. March 20, 2022, is the targeted opening date, López Obrador added. He outlined that more than 30,000 people have been working day and night on the construction of the airport and in less than two years they have erected the control tower, finished the two runways and refined the interior of the terminal. 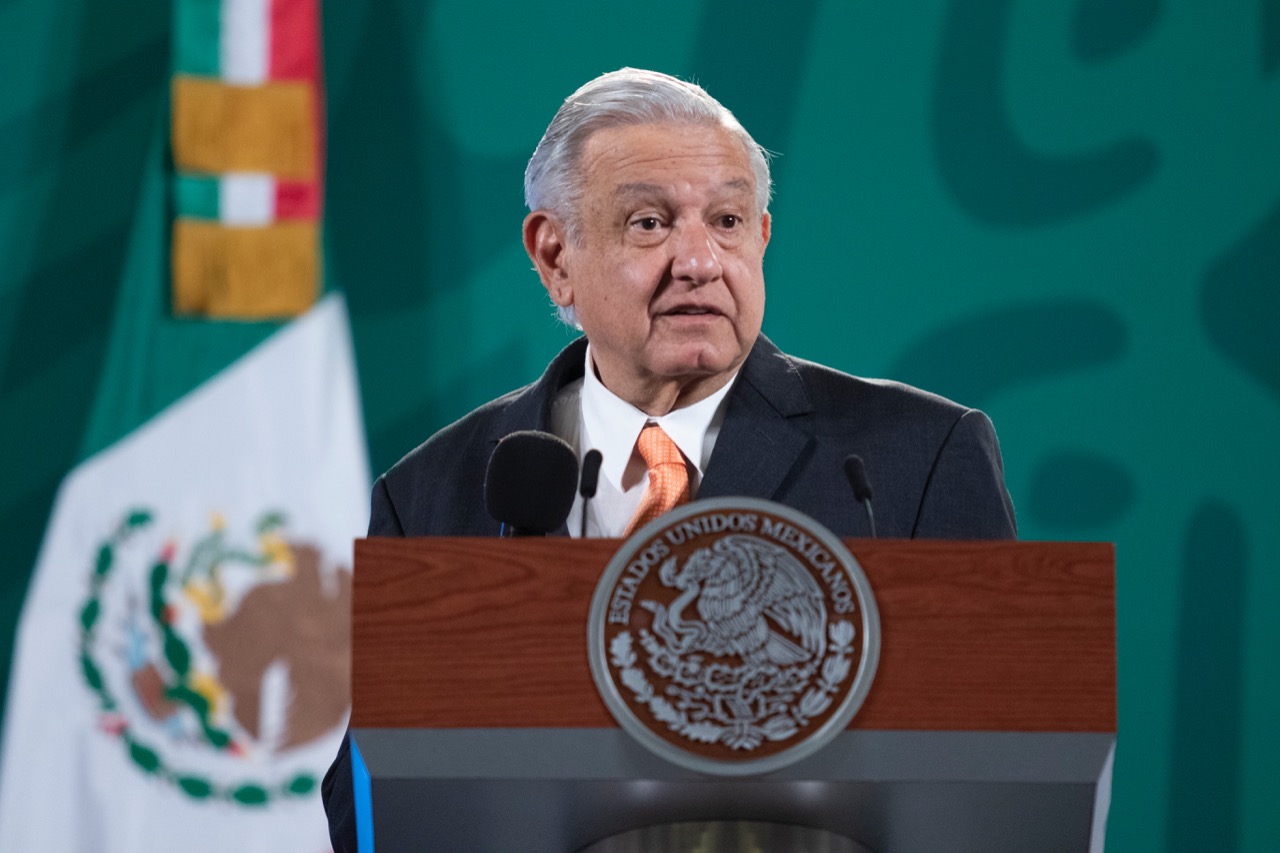 Natural disasters. President Andrés Manuel López Obrador thanked the authorities and public servants who have helped the population during floods in Tabasco and after a major earthquake on Tuesday. He added that in previous governments, providers and organizations benefited from natural disasters since they diverted resources destined for the victims. "There were organizations that did their thing. Now, the procedure begins with a census that is carried out the house by house and details the number of affected homes and crops. Based on the census, decisions are made to provide support. We did it in Chiapas, Tabasco, Puebla, and Hidalgo," López Obrador said. 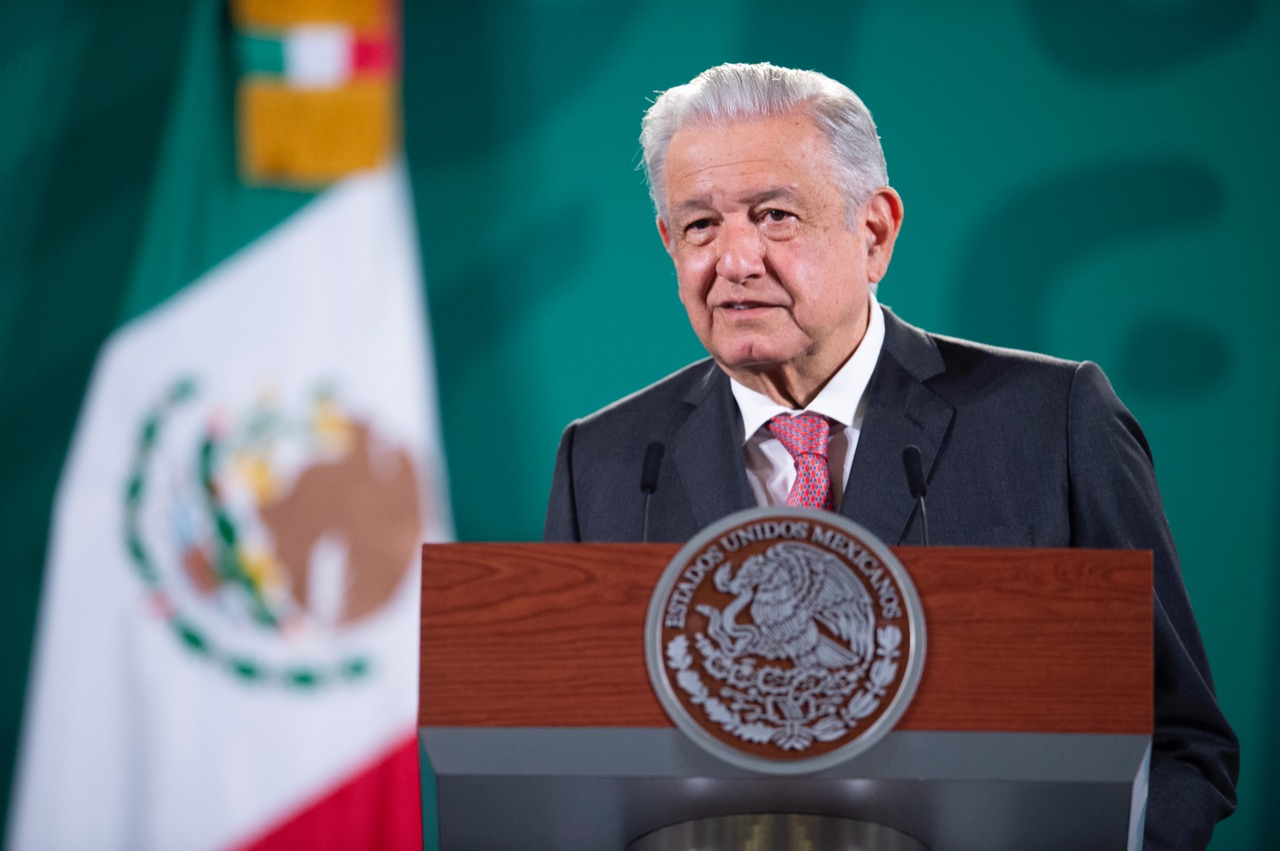 Earthquake response. President Andrés Manuel López Obrador said that there was no serious damage reported from a 7.1 earthquake that struck southwestern Mexico on Tuesday evening. “Before 9 p.m., the earthquake was felt strongly in Mexico City, it had, as is known, its epicenter in Acapulco, Guerrero. Fortunately, there is no major damage. Until now, one victim, a young man who was driving a motorcycle, lost his life. This was in Guerrero.” López Obrador also asked citizens not to be afraid and that they must move forward. “We have to face these adversities and move forward, move forward as we have always done, because of our cultures, our strengths, because of the cultural greatness of Mexico, because of the greatness of our people.”