Rebellion in the Retail Sector: Rent Payments Take the Back Seat

A desperate situation calls for desperate measures. Retail, one of the strongest economic sectors in the world before COVID-19, is facing a future for which there is no precedent. The paradigm shift caused by the gradual digitalization of the sector offered some clues as to what could come. But even the most technologically advanced businesses are suffering the consequences of a crisis that has put the big retail players on the line. Buying a pair of tennis shoes, a designer bag or a pair of stilettos is not so important if your government has banned you from the streets. “Only essential economic activities will be available to the public.” That is what governments around the world have been saying for a while.  And the fashion industry has no place in those activities. Losses are enormous and solutions are being sought. One of them is to stop or negotiate paying rent.

Desperate measures, we said. Adidas, Primark, Zara, H&M, Topshop, Superdry... all of them are looking to adjust their expenses after the huge sale drops that have come since the end of February. According to moda.es, Inditex, owner of Zara, Pull & Bear, Üterque, Massimo Dutti and Bershka, spends US$2.5 billion a year on rentals for its 7,490 stores, the same figure as H&M although the Swedish giant has 5,076 stores. Both brands are among the Top 10 most valuable in the world, according to a ranking made by Brand Finance and led by Nike, Gucci, Adidas, Louis Vuitton, Cartier, Zara, H&M, Chanel, Uniqlo and Hermès. The German sports brand Adidas has also been the most aggressive in its strategy to reduce rental costs. A few weeks ago, it announced that it would not be able to pay rent for April after governments of its three main markets, Europe, China and the US, announced drastic restrictions on the movement of their citizens to contain the virus. This situation generated a huge controversy in Germany, as according to public data, Adidas closed 2019 with a net profit of US$2.1 billion. A similar situation has occurred in the UK, where Topshop, Primark and Superdry have asked their landlords for rental moratoriums. In Italy, the sector’s employer, Confindustria Moda, has sent a letter to landlords asking for a rent freeze. 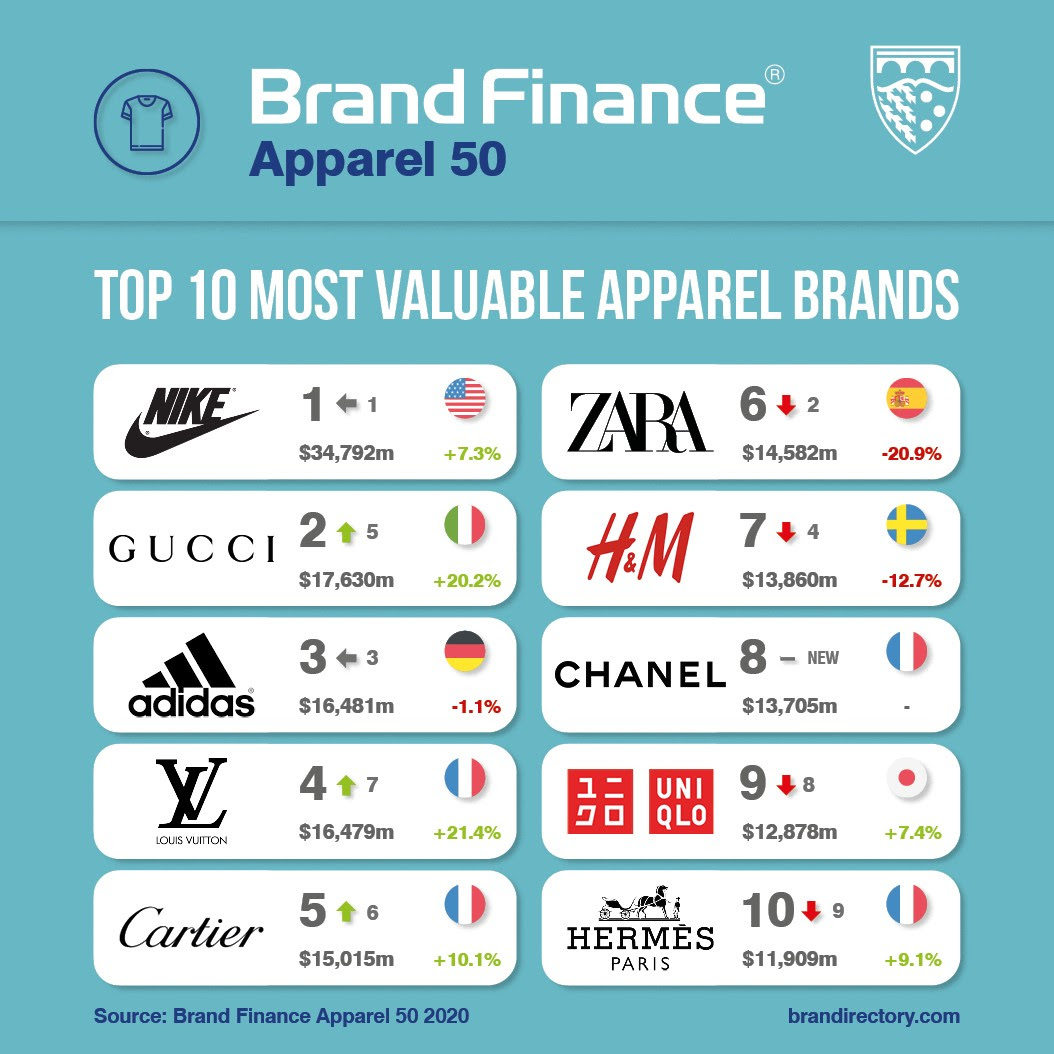 In view of the dramatic situation, some governments have started to implement measures. On Wednesday, it was confirmed that Adidas will receive a US$3.2 billion emergency loan from the German public bank KfW. A loan aimed at defending one of the country’s most precious crown jewels that is, however, restricted. For instance, the money received will not be used to pay dividends to shareholders or bonuses to top executives. In addition, the company will present the 1Q20 earnings statement on April 27, two weeks ahead of schedule.

Germany is not the only country that has tried to pre-empt the crisis. In Europe, Value Retail has announced that it will forgive its tenants’ rent for April, May and June. In the US, Unibail Rodamco Westfield has offered a three-month moratorium to its tenants. The brands are looking ahead to an unpredictable future in which no one ventures to assure what consumer behavior will be like once the world begins to return to pre-virus normality. “Even if the economy starts to reopen in May, consumer behavior may take a long time to adapt. The road to recovery could be long and slow,” Jack Kleinhenz, NRF’s Chief Economist, told Bloomberg.