Mexico's coal mining activity is under the highest scrutiny. Following the mining accident in El Pinabete, Coahuila, in early August, public debate has questioned the root cause of ongoing mining accidents.

Coal mining in Mexico concentrates in the northern state of Coahuila, where 99 percent of the country's coal is produced. Most of the coal in the region has coking characteristics, which favor uses in the steel and power industries.

After taking office, President López Obrador implemented a strategy to rescue and strengthen state-utility CFE. Part of the it focused on reactivating the company's power production capacity. However, instead of betting on clean energies, the president entrusted CFE Director Manuel Bartlett with the reactivation of thermoelectric plants to take advantage of their stable generation capacity.

Since 2020, President López Obrador has promoted coal-fired power plants in Coahuila through preferential coal acquisition from small regional mining companies. While the federal government claims that the program has been a success, researchers and organizations defending the rights of mining workers question this assessment. The tragedy at El Pinabete sheds light on the exploitative and high-risk conditions of the coal industry and the high degree of responsibility that CFE and the federal government's strategy have in preserving these conditions.

Mining accidents in the Coahuila coal region are nothing new. According to historian Ramiro Flores, there are at least 250 accidents on record. The cycle begins with news of a cave-in, an explosion or a flood, similar to what occurred on Aug. 3 at the El Pinabete mine, in the Sabinas municipality.

"Immediately, families run to the mine. The mine closes. The men want to try to rescue the miners while the women pray. Then, people bring water and food to the mines where the rescue efforts are taking place. Later, the demands for justice arrive. Finally, families ask for the mines to remain open because they represent their source of income," narrates Flores to La Vanguardia.

Coal mining in Coahuila began in 1884. The state hosts the only exploitable coal basin in the country. With the railroad's arrival in the region, the state quickly attracted miners from Zacatecas, San Luis Potosi and Guajanuato who formed mining communities. Currently, coal mining is carried out in the municipalities of Muzquiz, Nueva Rosita, Progreso, San Juan de Sabinas, Sabinas and Juarez.

Coal mining activities are divided between large coal companies and informal exploitation. While large companies are forced to comply with the required safety standards and have the capacity to invest in technology to improve their operations, informal mining takes the lives of dozens of miners every year due to the lack of decent working conditions. The coal extracted from these informal mines is known as "red coal," referring to the blood stains it carries.

Mining is extremely precarious in the informal sector. These informal mines are regionally called "pocitos,” which extract the coal left behind by former formal mines. Flores explains that this form of artisanal extraction began in 1988. Although this activity does not comply with federal labor standards, red coal is sold to CFE and other companies with high heat demands, such as smelters and cement factories. "It is good business for mine owners, not for the region. When people talk about the wealth created by coal, they are talking about the owners and the concessions, not the people," emphasizes Cristina Auerbach, Director, Familia Pasta de Conchos, in an interview with La Vanguardia.

Besides insecurity, miners face precarious conditions. Miners are commonly registered in the Mexican Social Security Institute (IMSS) with the minimum wage. Multiple testimonies support that payment is generally in cash and that their labor benefits, when they are registered with IMSS, are minimal.

Since 2006, mining in Coahuila has claimed the lives of more than 120 people. Fourteen months before the accident at El Pinabete, a similar tragedy caused the death of six miners at Rancherías. Even though these tragedies receive a lot of media attention, the damages are never truly repaired. "Nobody takes responsibility, not even CFE, who is the one that encourages and buys all this coal," says Auerbach to La Vanguardia.

About 4 percent of Mexico's electricity is produced with coal, according to data published by the state utility in 2021. Despite its limited use, this small percentage of power production is one of the reasons behind tragedies, deaths and the precariousness of miners in the Coahuila coal region.

According to the Energy Information System of the Ministry of Energy, coal consumption for power production decreased 59 percent from 2017 to 2020. However, as of 2020, President López Obrador's energy strategy gave coal production a second wind. CFE's coal-fired power plants use a mix of 20 percent coking bituminous coal and 80 percent non-coking sub-bituminous coal. Both types of coal are solely produced in Coahuila.

In the 1990s, CFE opened coal purchases to small and medium-sized regional producers to support local economic development.  As the energy transition and the fight against climate change progressed, efforts to diversify Mexico's energy matrix and reduce coal consumption for power production increased in 2014. The industry shifted back once López Obrador took office.

In May 2019, President López Obrador committed in Sabinas, Coahuila, to intervene so that CFE would purchase more coal from local miners with small productions. Subsequently, Manuel Bartlett began a series of visits to the region to meet with small producers. By July 2020, CFE announced the direct acquisition of 2 million tons of coal through multi-year contracts from June 2020 to December 2021 from coal producers in Coahuila. Out of the total amount, 28.6 percent was purchased from micro-producers, 44.4 percent from small producers, 16 percent from medium producers and only 10.9 percent from large producers.

In early 2021, CFE touted the program's success. According to the state-utility, these purchases contributed to the economic reactivation of the coal region and allowed a large number of micro, small and medium-sized coal companies to become direct suppliers of CFE. Since the strategy was successful for CFE, the procurement plan for 2022-2024 was announced, similar to the one from 2020. The initiative targeted mainly micro and small coal producers. This time, 54 potential suppliers were selected, with 52 multi-year contracts awarded from July 2022 to December 2024, for more than MX$3.84 billion (US$191.2 million) to acquire 3.18 million tons of coal.

The increase in coal consumption from small producers promoted by CFE has not had the results intended by the utility, however. The precariousness of coal miners has increased to the point of costing human lives, according to the testimony of authorities, social organizations and the miners themselves. Between 2006 and 2021, 80 miners died while working in pocitos.

"Manuel Bartlett's great idea of buying more coal from smaller producers and less from larger corporations is causing "coyotaje" (a practice where the contractor is not the one operating the mines), which leads to the exploitation of shafts without enough safety measures to take care of workers' lives," explains Miguel Ángel Riquelme, Governor, Coahuila.

Familia Pasta de Conchos assures that CFE gave contracts to companies that were flagged by the Ministry of Labor, either because they did not comply with safety and hygiene standards or because they were never inspected. Such is the case of El Pinabete. "In mining, there can be no microenterprises because extractive models require a large capital investment to operate and to comply with all environmental and safety regulations," pointed out Auerbach to Animal Político.

In addition to contributing to ongoing mining tragedies, CFE's hydrocarbon-based power production policy also carries environmental and social risks that affect the development and well-being of communities in Coahuila. A study conducted by the Mexico Climate Initiative and the Civil Collaboration Center found that CFE's coal purchase from pocitos keeps the artisanal activity unregulated as a way to create income for families in the region, increasing environmental and health risks in the region.

Of the 61 localities comprising the coal region, 12 have a medium, high or very high social backwardness, according to the latest data published by the National Council for the Evaluation of Social Development Policy (CONEVAL). Many miners lack social security, reinforcing the precarious cycle in which they live. CONEVAL indicates that more than 23.7 percent of the population in the coal region does not have access to health services.

The lack of access to social security and health services worsens the health risks faced by miners. Due to unhealthy and high-risk conditions, between 2000 and 2019, 2,626 miners were left permanently disabled, according to data from the Familia Pasta de Conchos organization. Moreover, Coahuila is the state with the highest number of permanent disabilities due to pneumoconiosis, also called black lung disease, resulting from the inhalation of coal dust. The state also ranks first in work incapacity due to hyperacusis, a sensory disorder that consists of hearing loss.

The coal region has not invested in industrial development of the supply chain to allow for diversification of economic activity. Analysts agree that the lack of political will to improve working conditions in the region and promote economic migration away from coal is due to the low percentage of votes that the population of Coahuila represents.

Coal exploitation for power production entails also environmental risks as it generates high levels of pollution in the surrounding environment, which go against international efforts to decarbonize the energy matrix.

Coal burning results in gas and toxic emissions of CO2, sulfur dioxide, particulate matter, nitrogen oxides, mercury and lead. These are catalogued as greenhouse gases that contribute to global warming. According to the US Energy Information Administration, among fossil fuel energy production processes, coal combustion is the primary source of CO2 emissions, followed by diesel, gasoline and propane gas, with natural gas occupying the last place regarding emissions among fossil fuels.

In its latest report, published in June, México Evalúa shared that CFE is responsible for 17 percent of the country's total CO2 emissions. This body also warned that the current energy policy goes against the trend of decreasing total emissions, especially considering that there is an expected 45 percent increase in energy generation from coal-fired plants by 2024.

"Coal decline will come when environmental regulations and international environmental treaties are applied, as in other countries, and the coal-fired power plants are closed," says Flores. In the meantime, the social and environmental risks associated with CFE's coal consumption will remain largely unchanged. 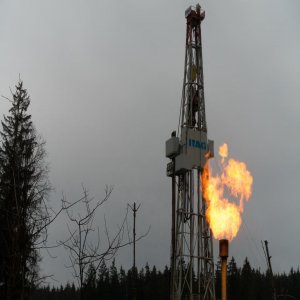 CFE Increases Use of Fuel Oil for Power Generation 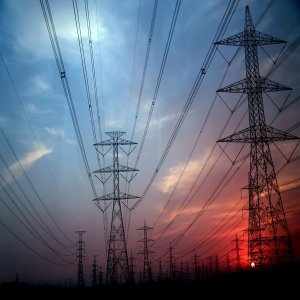 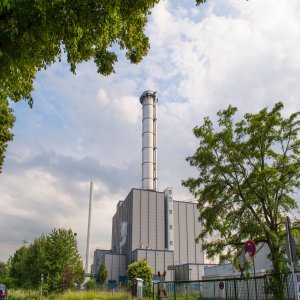 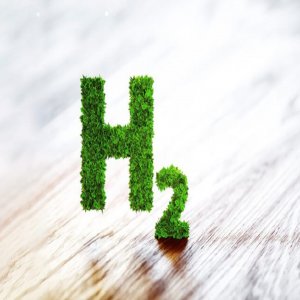