In an effort to subsidize electric energy to consumers the Mexican Institute for Competitiveness (IMCO) has reported that CFE will require MX$66 billion (US$3.24 billion) in infrastructure investment, in addition to the MX$73 billion (US$3.59 billion) budget. This information was shared by IMCOs director, Valeria Moy, during the Economics Perspective Seminar at ITAM last Friday.

Moy presented IMCO’s insights in regards to the potential costs of the electric reform proposed by President Andrés Manuel López Obrador. The impact of the bill shows the increased cost in two directions: investment and subsidies. “Not only would the subsidies rise pressure over public finances, but for CFE to suffice the electricity demand, it would have to invest in new generation plants through an investment that is not considered in the current budget,” said Moy.

The bill demands the Federal Electric Commission (CFE) to produce 54 percent of the electricity consumed nationwide. Changes to the 2014 Energy Reform requested CFE to prioritize the purchase of the cheapest electricity in the market, also promoting the use of green energy. Now the Federal Government’s proposal focuses on strengthening the CFE. Most of the cheap and clean electricity was produced by the private sector and was later sold to CFE. With the new bill, CFE will only be able to purchase 46 percent of electricity demand to the private sector, the rest must be produced in-house, no matter how expensive or polluting the processes could be.

To fulfill the remaining 54 percent of national electricity, the CFE will need to reactivate some of its old plants, this entails further investment which has not been considered by the federal company. IMCO’s estimates report CFE will need an investment of MX$489 billion (US$24 billion) between 2022 and 2028.

Aside from the pressure in public finances due to required investment for production, the electric reform is expected to bump prices. As electric energy production will become more expensive, electric rates will equally increase. The Federal Government assigned MX$73 billion (US$3.59 billion) in the Federal Expenditure Budget for 2022 just to absorb higher subsidies in electricity rates. President López Obrador has repeatedly declared the electric bill will not affect consumers and that energy prices will remain steady, even though data shows otherwise.

The double pressure in public finances due to investment and subsidies add to the downsides of the bill while experts show their concern. The bill will be voted in Congress in the following months. Before that, open parliament sessions will begin on January 17. 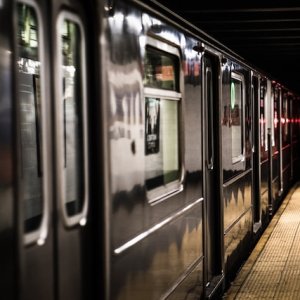