Designing the Grid in the Wholesale Market

Towns, cities, and states are dotted with soaring transmission towers, and crisscrossing the land are power lines carrying the precious electricity that will power all of Mexico. So who is the architect behind this impressive network? Planning the expansion of the national grid is a task that has been entrusted to CENACE by the Law of the Electricity Industry. Even though CENACE’s title of Technical System Operator is new, the entity has been involved in the operation of the National Electricity System for years, so it has the expertise and abilities needed to maintain the grid’s stability. Now that more players will interconnect, the challenge lies in planning the expansion of the grid taking into account new nodes that will deliver electricity and at the same time ensuring the secure and continuous operation of the system.

CENACE’s Director General, Eduardo Meraz Ateca, claims that the System Operator is working on centralized plans that consider probable generation projects that will need to interconnect to the National Electricity System. It is important to note that the cost-benefit ratio is taken into account when deciding to build new infrastructure.On the list of CENACE’s duties, one particular task stands out: it can propose the construction of as many new transmission lines and new interconnection points are required. According to Meraz, this is particularly useful for renewables, since generators are located where the resources are available. For instance, if we look at the wind sector, we find its players in isolated regions, where they benefit from the strong gusts of wind far from the required network infrastructure.

CRE created the Open Season scheme to determine the necessary infrastructure in collaboration with companies interested in developing projects in a given region. In the new model, reinforcements for the grid are also included in the plans in order to guarantee the dispatch of electricity. However, players will be asked to pay a deposit to guarantee their commitment to their projects, meaning the authorities will be able to invest in new infrastructure. It is undeniable that the National Electricity System must be adapted in order to successfully incorporate renewable energies, some of which are noted to be intermittent sources and, as such, their performance is unpredictable. New technologies, such as smart metering systems, are being added to the list for adequate adaptation to the National Electricity System.

According to Meraz, there will be valuable opportunities for private companies to participate in the construction of new power facilities. The private investment in transmission might occur within the limits established by the Ministry of Energy and in compliance with contracts with the carrier or distributor of CFE. “Without a doubt, tenders will be one of the most important elements in the wholesale market because they will foster the stable development of new generation projects,” comments Meraz.

The Ministry of Energy and other authorities continue to work on the design of the bidding rounds in order to provide certainty to future participants and make sure they have the necessary technical and financial capabilities to complete the projects. Recently, The Ministry of Energy received a proposal for the expansion of the National Electricity System over the next 15 years, estimating an average annual growth rate of 3.5% in demand. Meraz explains that 2015 has seen a slow increase in demand, amounting to 1.3%, but if the country’s economic conditions improve, demand will again rise. Once a growth rate is calculated, CENACE can forecast the increase in demand and draft the indicative plan for the new generation capacities and the retirement of some plants.

The System Operator can also calculate whether generation capacities will be sufficient to cover the expected demand, and if the National Electricity System will have enough reserve capacity to operate in a reliable manner. “These estimates allow subsequent planning of actions to be taken at the required capacity. The plans take into consideration the expected increase in transmission and distribution.” Meraz points out that many generators have submitted interconnection requests for future projects. 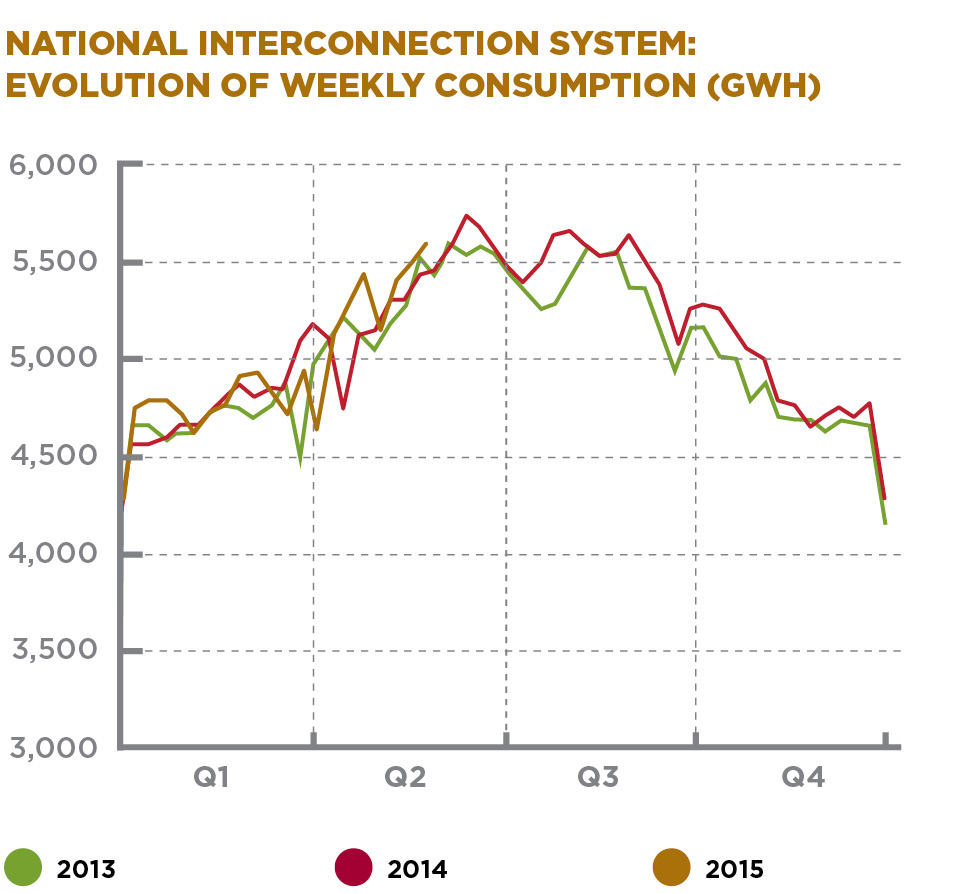