The Global Wind Energy Council predicted a slowdown in global new installed capacity in 2013, with new installations to decrease by -11.6% relative to 2012. Nevertheless, cumulative global installed capacity was forecast to increase by 14.1% for 2013, with the diversification of new growth markets continuing to compensate for the slowdown across China, India and Europe, which accounted for 62.6% of the total new installed capacity in 2012 and 76.3% in 2011. The slowdown in China was caused by the tightening of regulations and bottlenecks impairing access to the grid. India’s wind energy sector struggled due to the removal of the government’s accelerated depreciation incentive while Europe’s debt crisis is still slowing down growth in the renewable energy sector. Several countries across Europe bucked the trend with the UK adding 1,897MW, Italy 1,273MW and Spain 1,122MW. Out of the newly installed capacity in the United Kingdom, 854MW was installed offshore showing how the island nation is becoming the undisputed offshore wind development leader, accounting for 65% of 2012’s global offshore growth. The increase in installed capacity in emerging wind markets was spread across several continents. Africa continued its emergence as a renewable energy destination, with projects being developed in Morocco, Ethiopia and Kenya, while Egypt has settled on an ambitious plan to build over 7GW by 2020.

Excluding China and India, the rest of the Asian markets did not show important increases in capacity, but countries are making efforts to start participating in this market. Japan reached a total of 2,614MW with just 88MW coming online in 2012. Pakistan commissioned its first large-scale wind energy project of 50MW in the province of Sindh to add to the 6MW it has installed right now. In Oceania, Australia installed 358MW in 2012, boosting its installed capacity to reach 2,584MW and claim 85% of the wind industry in the region.

In 2014, the wind industry is expected to bounce back from its slight dip in annual installed capacity growth in 2013. Renewable energy has become ever more used around the world as installed capacity continues to grow, but wind seems to have the staying power to remain ahead of the pack, thanks to some major commitments. 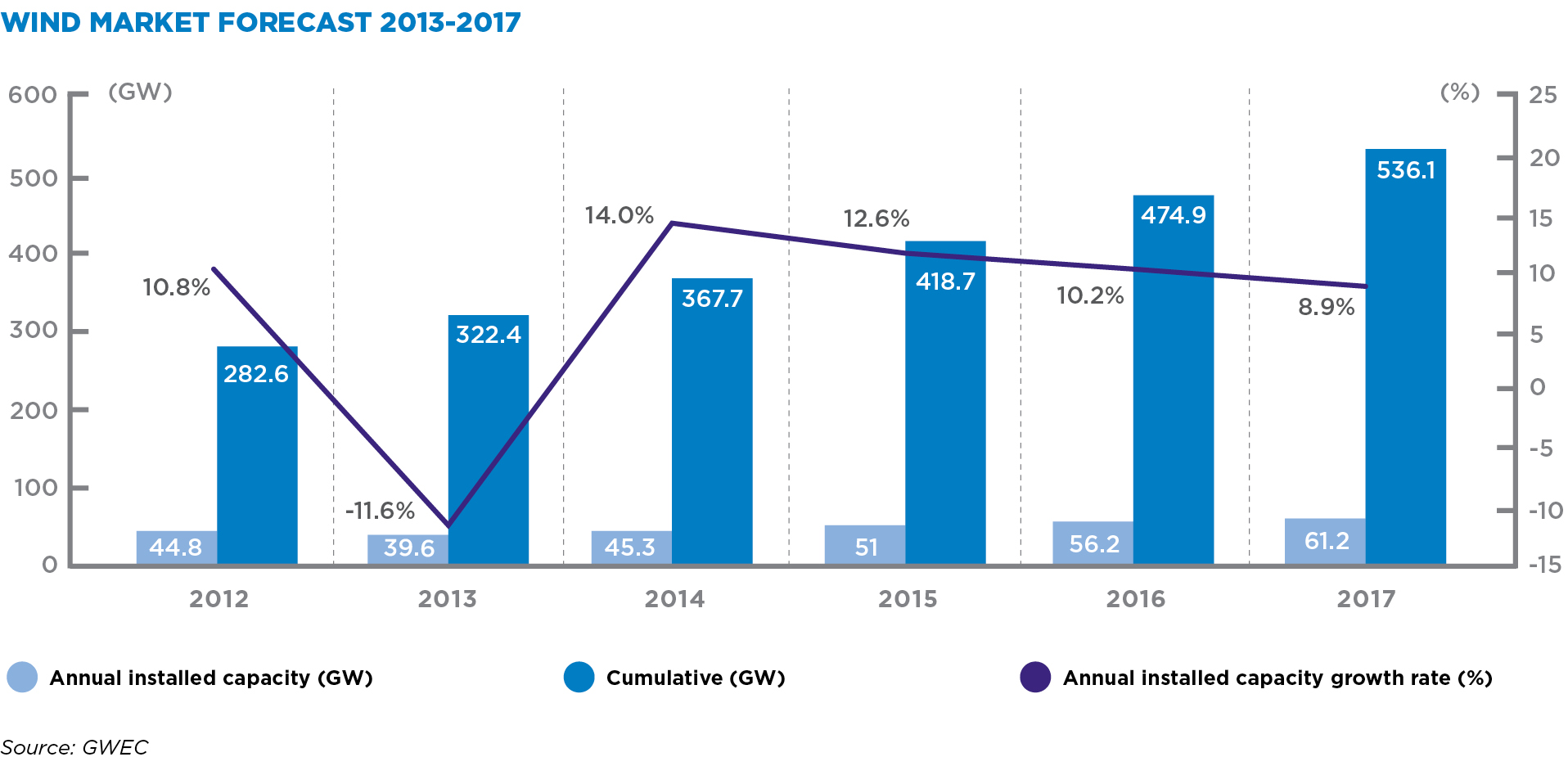