To achieve a really competitive natural gas market, Mexico needs to build an infrastructure to transport the fuel in an efficient and cost-effective way. The government believes the time to construct is now and it is counting on the private sector as never before to come through — and international companies are taking note.

“The natural gas market has been in a liberalization process for 20 years,” says David Madero, Director General of CENAGAS, the country’s agency in charge of managing the natural gas transportation system. “We have had large companies participating in the sector for a long time such as Fermaca, IEnova and TransCanada. But now we are seeing some new faces. The factor that has contributed to the increase in the number of international companies entering the market is the unprecedented massive buildout of the national natural gas transportation system.”

Mexico’s five-year plan to expand its natural gas pipeline system includes the construction of 10 new strategic pipelines, two social interest pipelines, seven new interconnection points with the US and one with Central America. All these projects represent a total estimated investment of US$16 billion. “The federal government expects to have private companies fund the expansion of the pipeline network through bidding processes. In Mexico around US$16 billion are being invested to double the pipeline network and we are sure this investment will continue to grow. Therefore, there are opportunities to build, own and operate new pipelines and to provide services to CENAGAS and other existing and newly built pipelines,” Madero says.

“The tenders for new projects have already created a center of attraction for national and foreign investment. Additionally, the liberalization of the market has created a highly competitive environment. For instance, in pipeline bidding processes we have identified very tight rates of return and increased standards in transportation,” he adds. Most of the projects contemplated in Mexico’s expansion plans had been already awarded by the end of 2016 and are expected to start commercial operations by 2017. The Jaltipan-Salina Cruz, Los Ramones-Cempoala and Lazaro Cardenas-Acapulco pipelines have been postponed, according to the recommendations of the plan’s annual revision performed in mid-2016 by the Ministry of Energy, CRE and CENAGAS. But the possibility for private companies to invest in pipelines unrelated to PEMEX or CFE is also an attractive option for the industry to expand the transportation system, particularly as the liberalization of the natural gas price in the north is expected to increase demand for capacity.

As the independent operator of the National Natural Gas Transportation System (SISTRANGAS), CENAGAS also foresees new investments to maintain the existing system in optimal condition. “We need to invest in revamping natural gas compression stations because their numerous mobile parts increase their vulnerability. We will also be investing in the integrity of the pipelines and repairing all the vulnerable spots we can identify through an intense analysis of the existing infrastructure. Finally we need to invest in natural gas measurement and safety technology. The process of itemizing the infrastructure we received from PEMEX is still ongoing and our main challenge will be to provide maintenance for the existing pipelines inherited from PEMEX. We plan to invest in 2017 over the required level to improve the operationality of the pipelines,” says Madero.

“The first steps that we need to work on for the next three years to achieve those goals are to consolidate CENAGAS, gain operational control of all our administrative and field activities, acquire all the operational technology and knowledge remaining and invest in Supervisory Control and Data Acquisition (SCADA) systems, simulation systems and other technological tools,” he adds.

CENAGAS’ already complex responsibilities get even more challenging due to the novelty of the center and other governmental entities with direct responsibilities over the pipeline system. “There is still pending regulation for us as a technical manager. CENAGAS’ role is new and a direct result of the Energy Reform," Madero says. 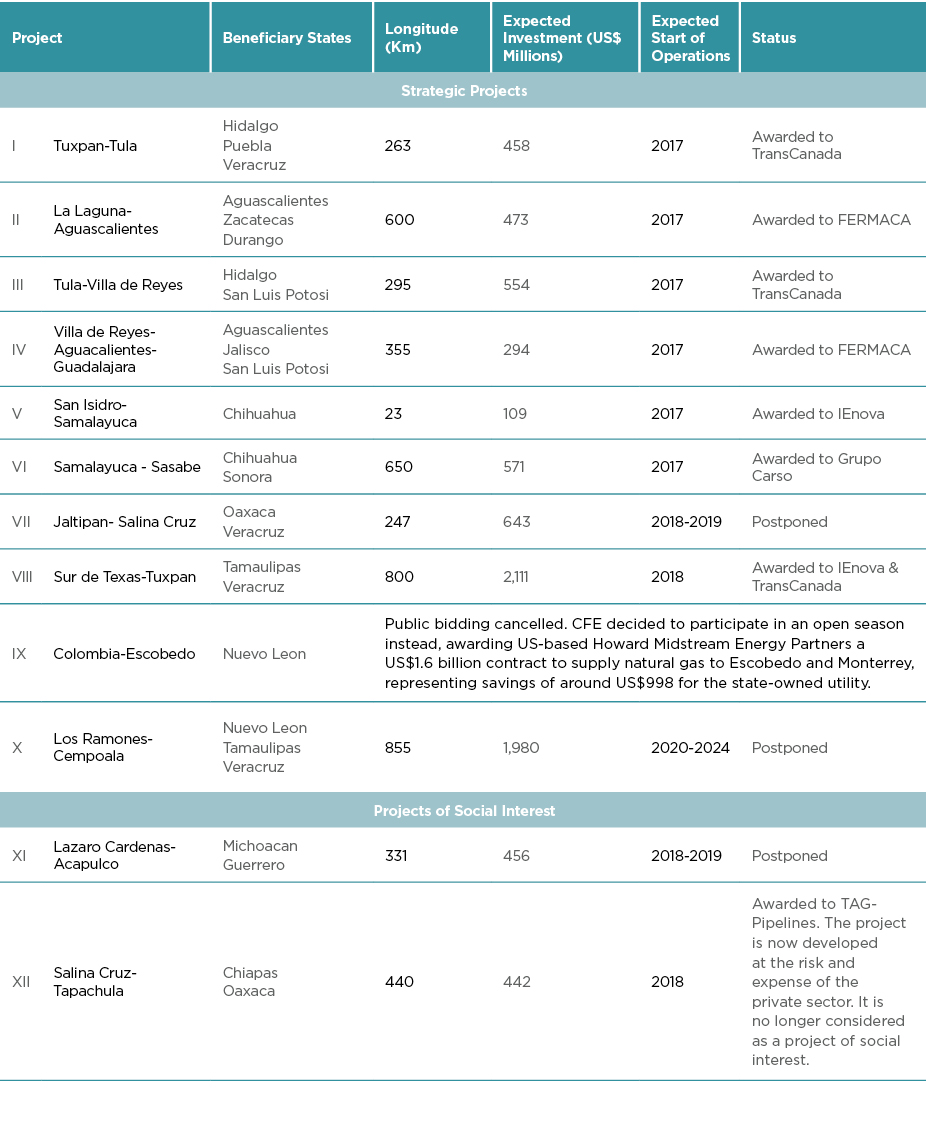