La Yesca Dam is located along the Santiago River at the border between the states of Nayarit and Jalisco. Located 90km northwest of Guadalajara, its construction was appointed to Empresas ICA and began in 2007. ICA won the CFE bidding with a proposal of US$768 million, beating the US$811.2 million proposal tabled by Constructora IDEAL and the US$855.98 million offer from Impregilo. CFE both owns and operates the 750MW hydroelectric project, which was inaugurated in 2012 by former President Felipe Calderón. The second tallest dam in Mexico behind the 261m high Chicoasen dam, La Yesca is 220m high and 628m long. Its power production capacity is destined to cover half the power demand of the city of Guadalajara, which is comparable to 12.5 million 60 watt light bulbs being turned on simultaneously. Among the world’s largest hydroelectric dams, La Yesca is also part of the Santiago Hydroelectric System that links 27 projects. This project alone was able to create 5,000 direct jobs and an extra 5,000 indirect ones during the four parts of the construction phase, namely the deviation of the river, the 208.5m high curtain, the spillway, and the generation facilities. The most important challenge that was overcome during the construction of La Yesca was due to the seismic fault running through the area, which caused the displacement of 5 million cubic meters of rocks in a major landslide. This increased the total cost of the project by 30% given the need to do away with dangerous portions of the neighboring hills and strengthen security.

La Yesca will contribute to regulating the water flow downstream along the Santiago River in order to improve power generation at El Cajon and Aguamilpa dams. The reservoir of 2.5 million cubic meters will see 55.68% of its potential used to generate electricity, or a surface area of 1,329 million m3. The power plant atop the dam has two 375MW Francis turbine generators and it is producing approximately 1.21GWh annually. The Santiago Hydroelectric System is not yet complete, but the inauguration of La Yesca brought the goal of 4.3GW in installed capacity along the Santiago river, set by the administration of Former President Vicente Fox, one step closer 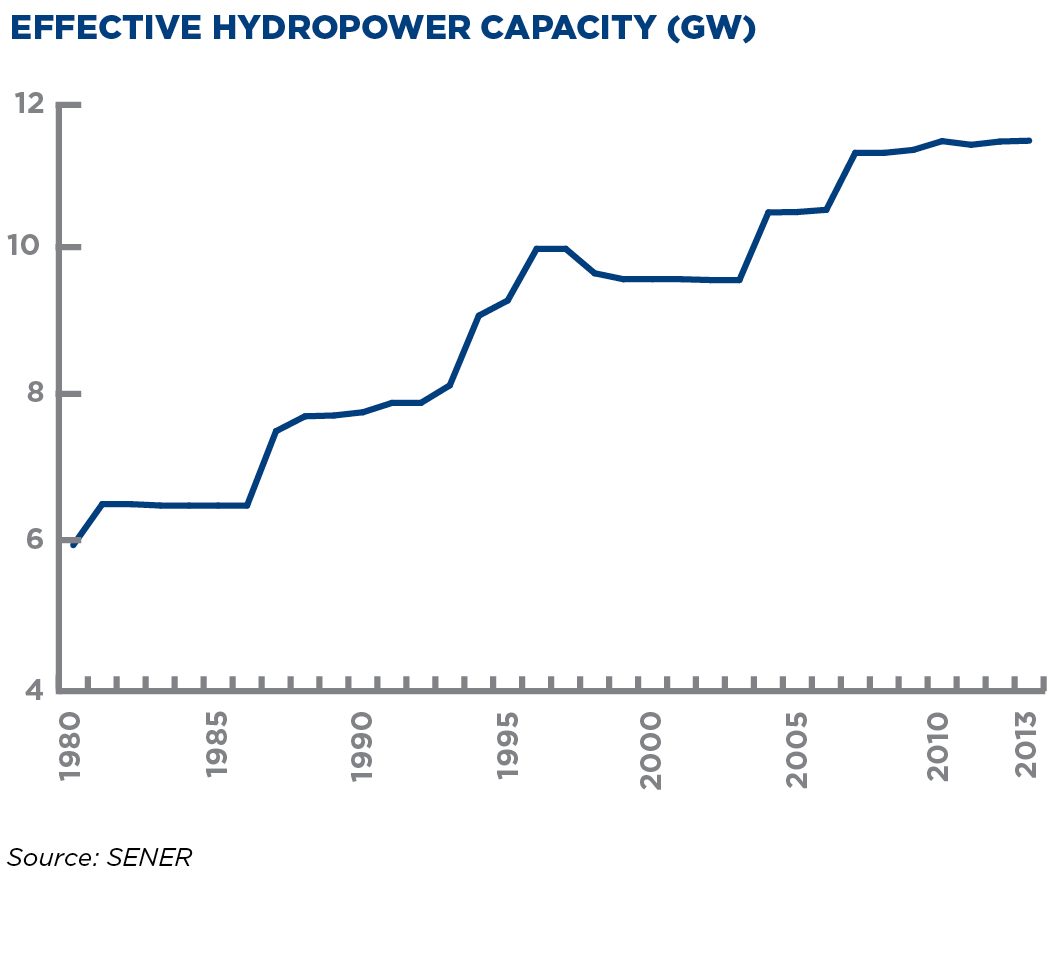