According to Rigoberto Castañón Nava, General Manager of S&C Electric Mexicana, smart grids are what the Mexican market needs to ensure more efficient use of energy. S&C Electric, an American company specialized in power switching, is aware that creating efficient and reliable transmission and distribution systems is not just a matter of implementing intelligent solutions but designing the whole process. In smart grids, the system makes decisions by itself. “For example, when systems experience power failures, smart grid technology can locate the flaw, isolate it, and provide energy to the rest of the affected area in less than one minute. Without smart grids, repairing the system and bringing power back online could take from two hours to an entire day,” says Castañón Nava. “The objective is to isolate faults as soon as possible. Once the contingency is isolated, it is possible to choose an alternative power source or an optimal substation. Energy, therefore, is efficiently provided by other substations while specialists work on the problem.”

Because human intervention is needed to identify and fix the problem, the problem solving process is rather slow. If smart equipment is installed in the nodes, the issue can be worked on in very little time. However, a challenge arises because communication mechanisms need to be improved for smart grids to be implemented. Usually, grids are operated through a control center that receives copious amounts of data used to identify the sections that are receiving energy. When there is a flaw in the system, the control center detects a problem in a specific zone and people are sent to supervise this area. Installing smart grids means sending human technicians would be unnecessary since critical decisions could be made from the control center. The control center will not lose any valuable information and will keep receiving data if a problem arises.

As expected, S&C Electric promotes the use of smart grids by approaching the market’s most prominent decision makers and explaining the possible outcomes of implementing this technology. S&C Electric uses hard data and technical references to convince key players to invest in smart grid solutions and invites them to places where this equipment is already operating. “We have contributed to the creation of smart cities in the US with 2,000 sectioning points that control the system. The returns on investment can already be seen and savings are considerable,” says Castañón Nava. In Mexico, the company is looking for a city to transform into an intelligent island and use it as a laboratory to showcase techniques that could later be applied to the rest of the country.

Smart grids can help the development of the renewable energy sector by stabilizing the grid and increasing the efficiency of power generation and distribution for renewable energy sources. For example, if wind power from Oaxaca is needed in Sonora, a supplier can use CFE as an energy bank. Castañón Nava believes this to be an intelligent solution, because it promotes the use and development of renewable energy and allows the industry to generate power in renewable resource rich locations and use it in energy consumption centers. However, Castañón Nava points out a problem, “there is too much attention for power generation while transmission and distribution are being neglected.”

Mexico is an important market for S&C Electric because of the potential in the solar and wind industries. The country has considerably high levels of solar radiation and there are regions with powerful winds, such as Oaxaca. Even though S&C Electric is present in Brazil, China, the UK, the US and Canada, company representatives think the best business opportunities lie in Mexico. For wind and solar energy, S&C Electric also offers storage technologies since these are intermittent energy sources. Its equipment can even store solar energy produced during daytime and save it for nocturnal use, thereby stabilizing energy production and ensuring a more leveled distribution. Although S&C Electric has the infrastructure and product portfolio to supply distribution systems for any kind of renewable energy generation project, including biomass or geothermal, it does not want to cater to these markets in Mexico yet since the solar and wind sectors offer so much potential at the moment. 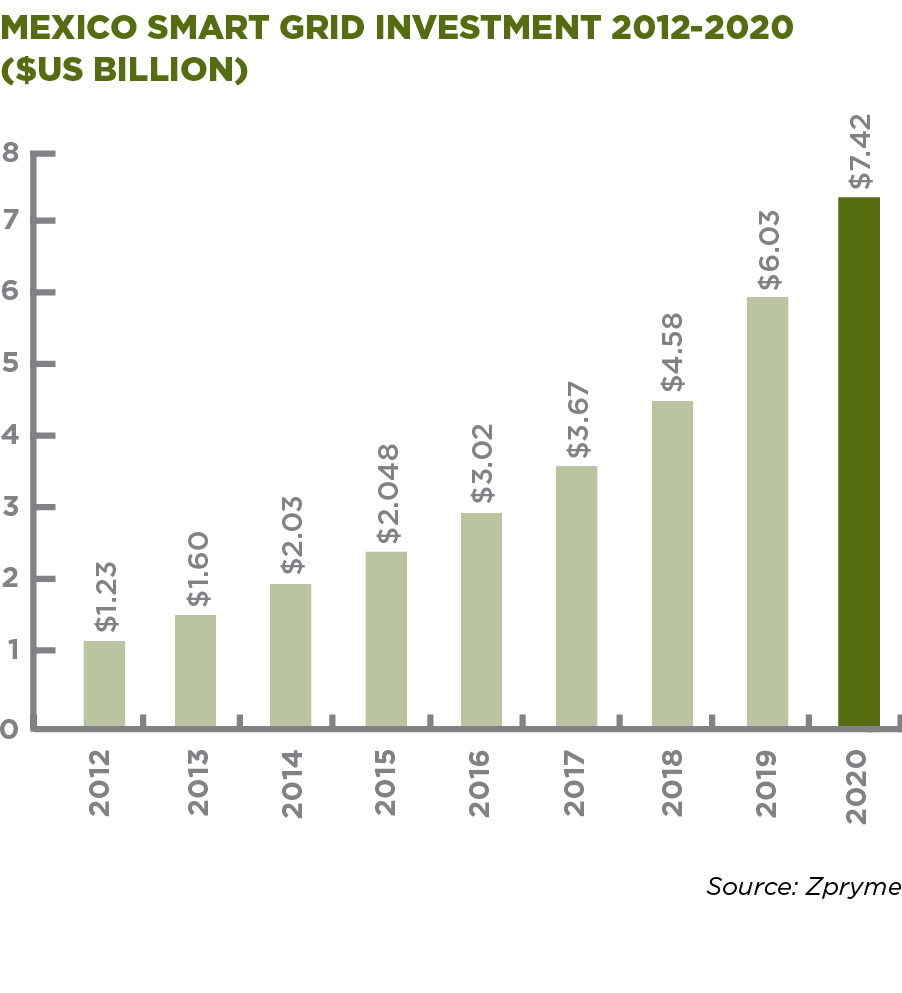