Raquel Buenrostro, Mexico’s Minister of Economy, said that Mexico is expecting to have concrete answers ready for the consultation process started by the US and Canada under the USMCA’s Dispute Settlement Chapter due to Mexico’s alleged violations of the trade agreement because of a shift in energy policy.

The US posed four questions regarding Mexico’s energy policy and according to Buenrostro, the government is already working on integrating its answers. “In the conversation held with US authorities, we established to work in four groups to proceed faster. From the four blocks, we have worked closely with the energy sector to integrate these answers,” said Buenrostro.

The consultation process opened by the US and Canada this July ended in early October after 75 days, but since neither party wished to escalate the dispute both governments agreed to expand the talks. Nonetheless, if the US government does not see a favorable outcome, it may well request a dispute panel against Mexico. According to BloombergNEF, a defeat in the panel could mean a loss of at least US$22 billion in private investment for Mexico.

In addition, the subsequent sanctions in energy could permeate other economic sectors such as agribusiness, automotive and manufacturing due to tariffs on Mexican export products.

According to US officials, Mexican energy policies violate the agreement by favoring PEMEX and CFE over private companies, thereby affecting US companies operating in Mexico. Moreover, in a recent meeting between Buenrostro and US Trade Representative Katherine Tai, Tai expressed her concerns regarding Mexico's energy policies and their presumed inconsistency with commitments signed under the USMCA agreement. According to the representative, she tried to work together with the Mexican government to address these concerns. Nevertheless, despite the efforts, American companies continued to receive similar treatment

Several US companies operating in Mexico that saw themselves affected by Mexico’s regulatory changes, of which the reform to the Electricity Industry (LIE) stood out, have filed for amparos. The US Department of Commerce indicated that at least two of these injunctions have resulted in general suspensions. With the reforms, President López Obrador hoped to modify the electricity dispatch system in order to favor the CFE’s power plants, grant permits according to criteria established by the energy ministry and grant Clean Energy Certificates (CELs) to CFE’s older power plants. The government furthermore aimed to remove CFE’s obligation to purchase clean electricity developed by private companies at auctions and to review contracts signed with private players in the past.

7
Finance
How Could ChatGPT Change the Mexican Fintech Market? 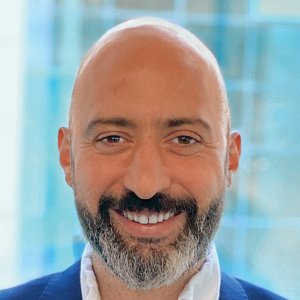