Mexico has always been more of an oil producer than a natural gas producer, yet up until 2000, it was able to remain self-sufficient in terms of natural gas. In that year, demand started surpassing production and the investment priorities of PEMEX, the only hydrocarbon producer at the time, did not involve the necessary investment to ensure natural gas independence. Following stagnant production and increasing demand, Mexico became a net importer. Right around that time, the US was perfecting fracking, a technology that would allow production of difficult-to- access unconventional gas resources and the increase of production to levels conducive to export.

According to the US Energy Information Administration (EIA), Mexico went from importing 105,102MMcf from the US in 2000 to 728,513MMcf in 2014, which represents a nearly sevenfold increase. The Henry Hub natural gas spot price has also responded to the evolution of supply and demand. In 2000, Mexico paid US4.26/Mcf. The price saw a significant drop and hit a low of US$2.94/Mcf in 2010, when Mexico imported 619,802MMcf. Natural gas prices saw subsequent increases, reaching US$4.65 per million cubic feet in 2014. To date, Mexico imports approximately 40% of its natural gas consumption. Given that US natural gas prices make it more financially attractive to import than to produce locally, these figures are expected to continue to rise, and by some estimates, Mexico could consume up to 10% of the total US natural gas production over the next two to three years.

Mexico’s natural gas transportation sector has been open to private participation since 1995. However, the Energy Reform and the opening of the electricity market have catalyzed cascading investments in this sector. US pipeline companies and producers are already evaluating opportunities in Mexico, as evidenced by BlackRock and First Reserve buying shares for US$900 million in the emblematic Los Ramones II pipeline. This project, originally launched by PEMEX’s TAG Pipelines subsidiary, aims to satisfy up to 20% of the national demand for natural gas. Meanwhile, Los Ramones I is designed to facilitate the import of 2.1MMcf/d. The other productive enterprise of the state, CFE, is also playing a prominent role in fostering natural gas imports. The energy company is tendering projects to import gas from the US, including Waha- Samalayuca, Waha-Ojinaga, Ojinaga-El Encino, El Encino- La Laguna, and Enherenberg-San Luis Río Colorado, to meet Mexico’s increasing demand. Although these projects are intended to supply CFE’s plants, they will also benefit the industrial sector with a transportation capacity of 5.78bcf/d across 1,647km of new pipeline infrastructure.

EIA data estimates that natural gas exports to Mexico, which amounted to 3% of the US production in the first quarter of 2015, will grow to 5% by 2030. Between 2008 and 2013, the capacity of pipelines connecting the US and Mexico doubled in capacity, in anticipation of the medium-term demand increase. Mexico’s natural gas exports, on the other hand, tend to be low. In 2010, Mexico exported 19.25mcf/d, a number that drastically dropped to 1.30mcf/d the following year. In 2012, the country’s natural gas exports reached their lowest level in the past five years, amounting to 0.90mcf/d. This segment has seen a slow but progressive recovery, and export levels reached 1.38mcf/d between January and June of 2015. Tania Ortiz, President of the Board of AMGN, explains that long before the Energy Reform, PEMEX decided to focus its resources on oil production. “It was a rational and economic decision, as there are limited resources and the NOC could produce oil at US$100 per barrel or gas at US$20 per barrel equivalent.” However, she emphasizes that the country has plenty of gas resources awaiting development by PEMEX and other interested parties. 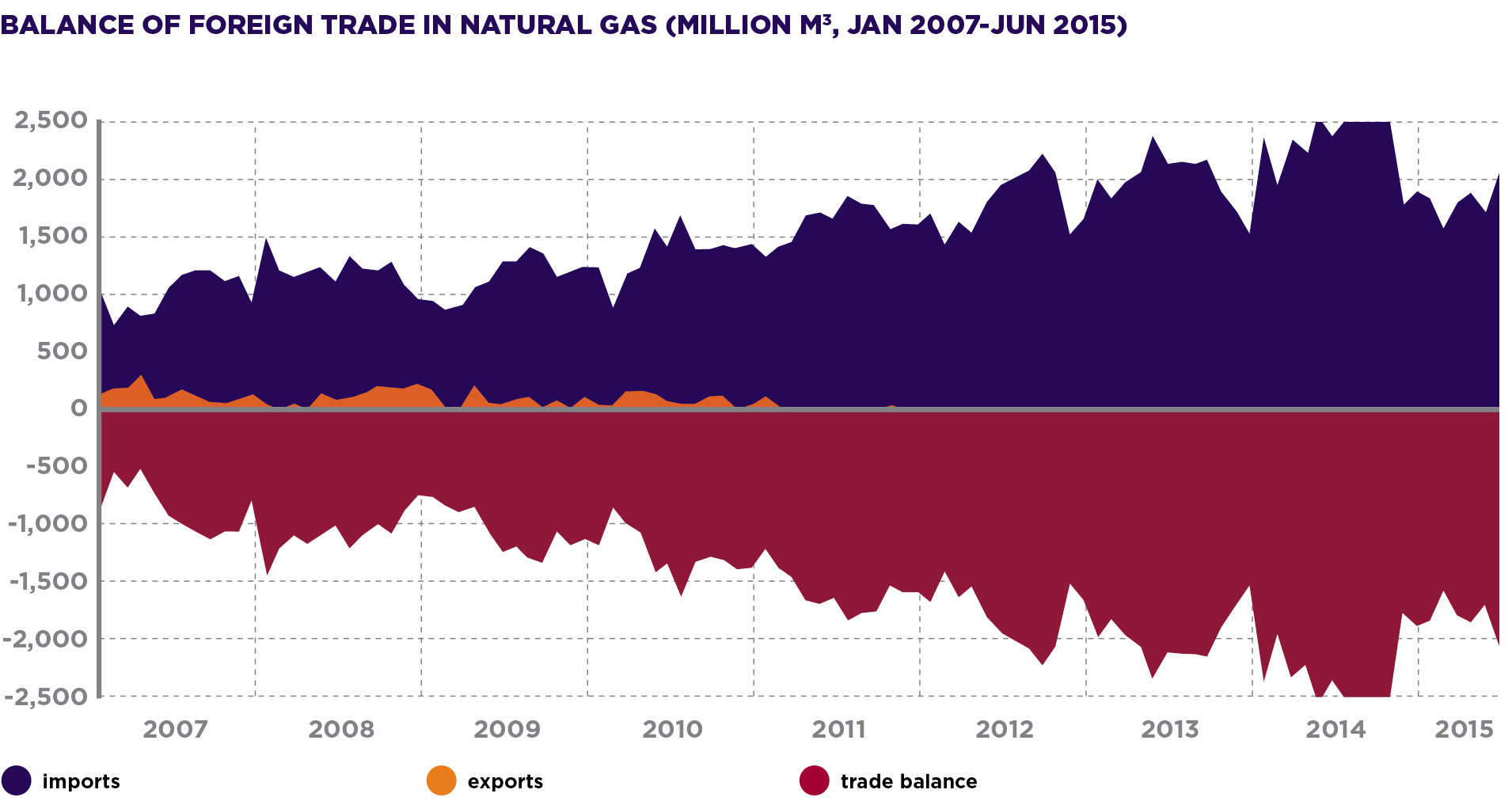 To implement Mexico’s gasification strategy, Mexico’s National Infrastructure Program 2014-2018 calls for public investment for the construction of pipelines. In June 2015, CFE announced it would tender 24 energy infrastructure projects totaling an investment of $10 billion, including a US$3 billion subsea pipeline between Texas and Tuxpan, Veracruz, that will be able to transport 2.6MMcf/d, at its

expected start of operation in 2018. As Ortiz points out, the first priority is to ensure a reliable and efficient supply to meet the local demand. The pipeline infrastructure that was recently completed, is currently under construction, or is in planning stages is destined to bring low-cost natural gas from the US that is will allow the country to lower its average electricity costs and therefore tariffs. At the same time, Mexico’s Ministry of Energy has mentioned plans to export natural gas to Asia after 2017, as this market presents attractive prices for the re-exportation of natural gas as LNG. These ambitions are supported by the construction of liquefaction plants in Oaxaca and Sinaloa, which are included in the National Infrastructure Plan, and by the potential development of liquefaction facilities at Sempra LNG and IEnova’s Costa Azul terminal in Baja California for the export of LNG to Asia. Similarly, the Executive Branch has also announced plans to export gas to Central America. 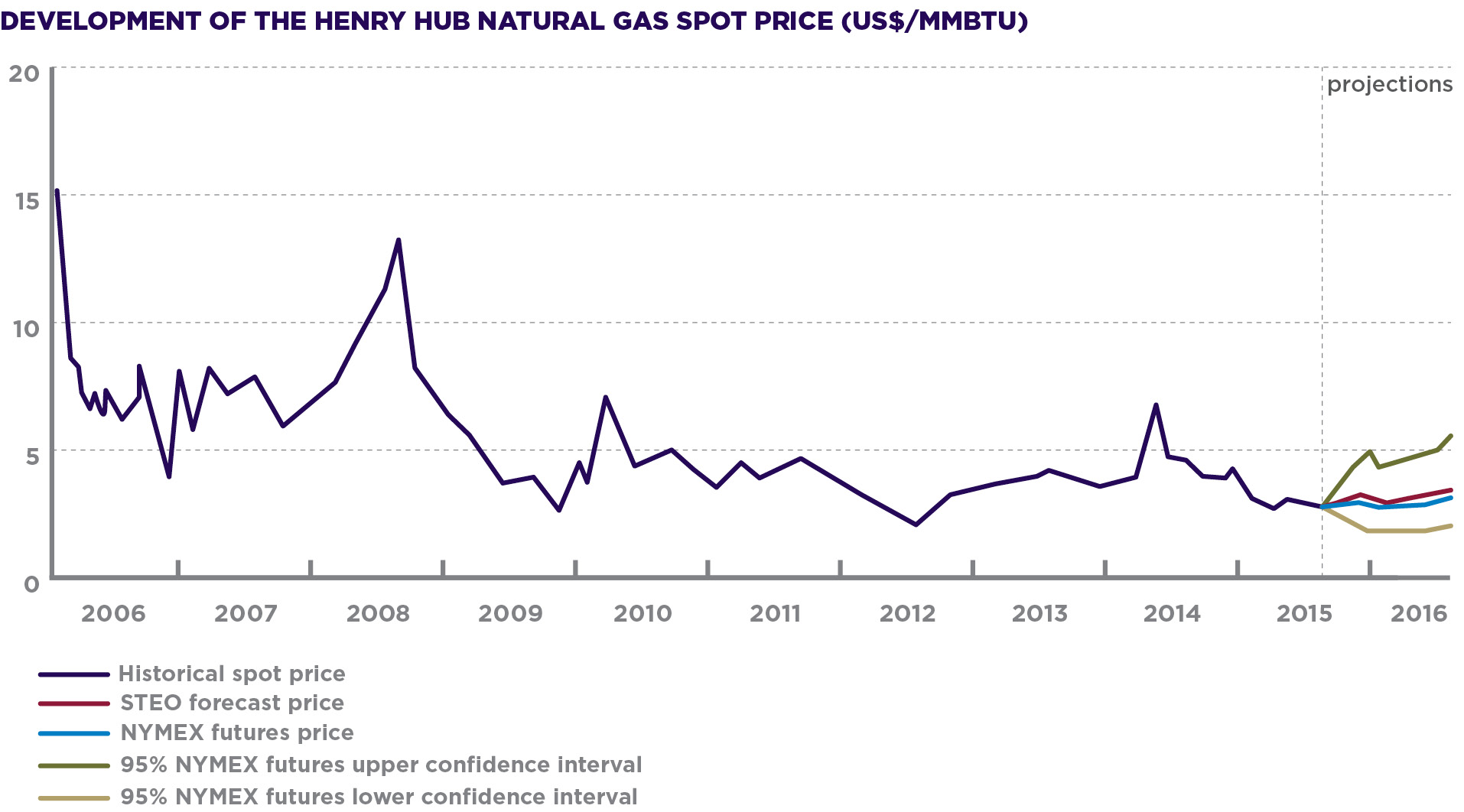