In the face of the climate emergency, humanity faces several challenges. There is a close relationship between access to water, food, health and energy security. In April this year, UN Secretary General António Guterres said that unless we change our energy policies, the planet will become uninhabitable[1].

According to the most recent report of the Intergovernmental Panel on Climate Change (IPCC), in the period from 2010 to 2019,[2] carbon emissions were the highest ever recorded and all economic sectors contributed to these numbers.  Guterres indicated that if we continue down this road, global warming will be more than double the 1.5°C limit agreed in Paris in 2015. The results will be catastrophic. This is a climate emergency.

If we are to reverse this emergency, the time to act is now. According to the IPCC report, carbon emissions should be cut in half by 2030. To limit global warming, emissions would have to peak by 2025, be reduced by 43 percent by 2030 and reach carbon neutrality by 2050.

If we talk about energy, reaching the goal of zero-net-carbon emissions implies not only that we have renewable energy resources like wind and photovoltaic but it will also require green gases, and biomethane in particular, to decarbonize the various sectors. For security and balance of energy systems, the intermittency of renewable energies requires complementary thermal generation assets and pump-storage.

The potential for biogas and biomethane production according to the International Energy Agency (IEA, 2020) can cover about 20 percent of the total gas demand today. Biogas can be used for[3]:

To generate biogas, food waste, solid waste landfills, agricultural residues and manure can be used. This renewable gas firmly upholds the circular economy: producing the locally sourced biomethane by installing anaerobic digesters next to organic matter suppliers (manure, crop residues, solid waste) and having these digesters close to the end consumer, limiting the transport of the biomass as well as the biogas, makes it an ideal energy source for the circular economy.

In addition to the above-mentioned supply chain issue, it is considered an environmentally friendly fuel because the digesters capture and transform the organic material that will usually generate greenhouse gases during its degradation. In addition, the resulting biogas replaces the emissions that would be generated by other fossil fuels in the processes used (heating, transport, electricity production). Finally, digestate is generated, which is a liquid produced during fermentation and is an excellent fertilizer for crops. In this way, it also mitigates the environmental impact generated by the production of fertilizers that require fossil fuels for their production. By adding this digestate to the soil, crops can be grown that capture CO2 in the soil, producing a carbon sink effect.

Given these benefits, why has this solution not been developed?

The answer is simple. It still has a higher cost than natural gas even though natural gas has been significantly affected by the geopolitical situation and the decline in production. The cost of biomethane in Europe is around €90/MWh[4] (US$93.10/MWh). The premium for this green energy is still very high when in Mexico the cost of natural gas is between US$6 and US$8/MMBtu (US$20.47 and US$27.29/MWh).

To make these projects viable, it is necessary to consider not only the environmental benefit they represent but also the necessary economic incentives. Taxes on carbon emissions are an example and although Mexico has defined this type of environmental taxation since 2013, natural gas is exempted. Mexico is the OECD member country with the least environmental taxes[5].

Increasingly, Mexican states are beginning to see this type of tax as a way to address the threats of climate change. Following the SCJN’s favorable ruling on Zacatecas’ proposed tax on GHG emissions into the atmosphere, other states have followed in its footsteps. 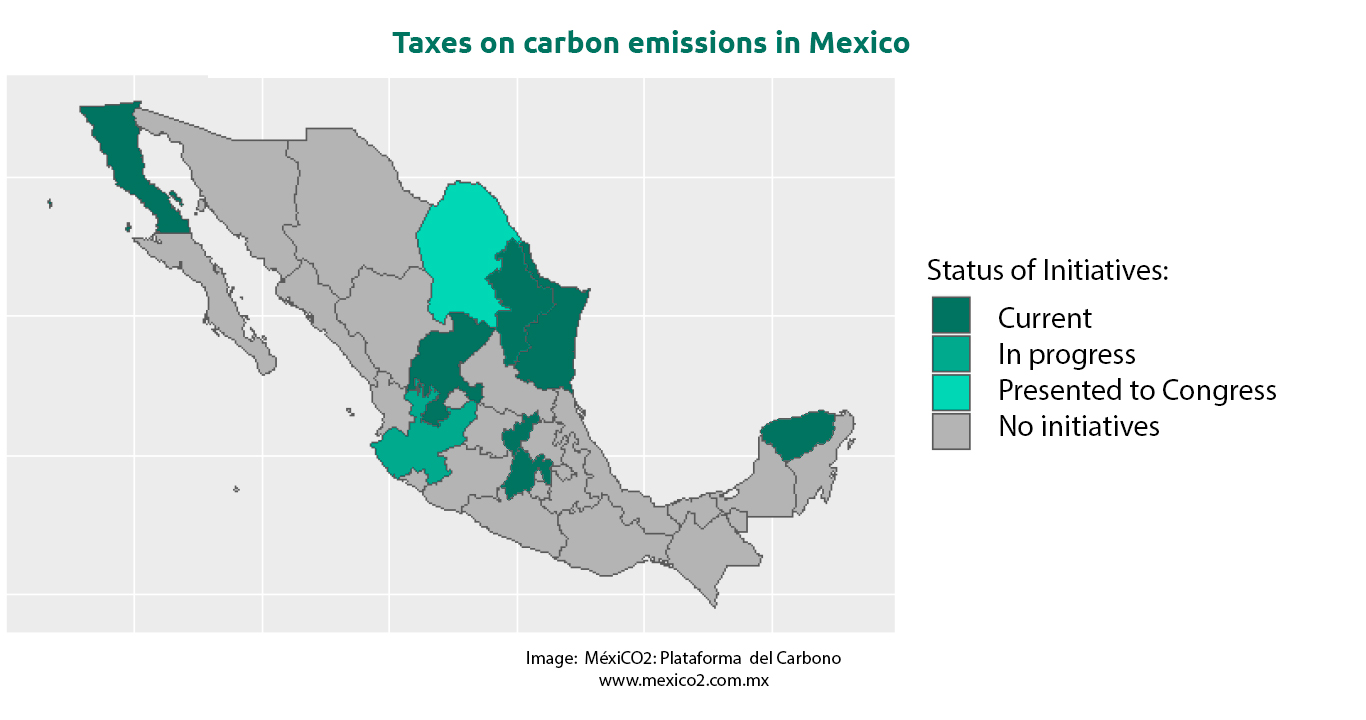 This tax can range from MX$43/tCO2 e to MX$538/tCO2 e. With the right incentives from the government, these taxes could trigger in the short and medium term the projects that will allow us to replace other fossil fuels in the fight against the climate emergency.

Industries can play a considerable role in the global effort to tackle climate change. New technologies can be critical to industrial efforts to reduce GHGs.