Mexico is the 13th largest greenhouse gas emitter, accounting for 1.6% of total emissions that contribute to an increase in global temperatures. In the case of Mexico, temperatures might increase 2oC by the year 2020 and 4oC by 2080 if climate change continues its current pattern, according to the Mario Molina Center. Mexico might not be one of the most important greenhouse gas emitters but it is highly vulnerable to the consequences of climate change

Aspects of Mexico’s geography make the country particularly vulnerable to certain effects of climate change. The country’s 11,000km of coastline and narrow shape attract high levels of humidity from the Pacific and Atlantic Oceans. It is argued that as a consequence of climate change, the number and frequency of cyclones, hurricanes and tropical storms is increasing. Mexico is known for its desert ecosystems, which make the country vulnerable to seasonal droughts. Climate change is also said to be decreasing precipitation rates, which mainly affects the northern and northeastern Pacific regions, as well as basins in the center of the country and the Valley of Mexico. Periods of drought are expected to start becoming longer and more intense, since the amount of rain will remain the same but the rainy season will become shorter, increasing the probability of flooding too. Besides long-term changes in weather patterns, the consequences of climate change can also be seen in the economic realm. Agricultural activity could be negatively affected, as well as seasonal crops, and an increase in forest fires would undoubtedly impact silviculture. The number of fisheries would decrease if commercial species found themselves forced to migrate to regions with a more suitable water temperature. Furthermore, the poverty index will also rise if food production decreases or populations are displaced from areas affected by natural disasters. These concerns were among the drivers behind the presidential mandate to reduce greenhouse gas emissions and make Mexico an example for other countries, which it hoped to encourage to follow suit. The National General Climate Change Law establishes a legislative framework that regulates public policies aimed at adapting to climate change and also sets mitigation strategies. Many countries have accepted the need for, and taken part in, international agreements to fight climate change, but Mexico and the UK are the only nations with binding legislation pertaining to fighting climate change.

THE NATIONAL CLIMATE CHANGE STRATEGY CAN BE ARTICULATED IN EIGHT MAIN POINTS:

The government’s efforts to fight climate change did not stop with the aforementioned law. In June 2013, the country’s Environment and Natural Resources Ministry (SEMARNAT) issued the National Climate Change Strategy, an instrument intended to shape the country’s shift towards a sustainable economy, with an emphasis on the reduction of carbon emissions. The strategy is meant to guide the nation’s course in its fight against climate change over 10, 20, and 40 years period. It is based on hard scientific data and sets goals that go beyond reducing greenhouse gas emissions, such as fostering better health conditions and quality of life for Mexican citizens, or suggesting mechanisms that will make the country more resilient.

The strategy details key points and actions for tackling climate change and orients policies from the three government branches, while also fostering responsibility and accountability from all sectors of society. The document encompasses three main topics: national policies on climate change, adaptation to the effects of climate change (assessments and diagnostics on vulnerability and adaptation capacity), and the development of low emissions and mitigation schemes.

The National Climate Change Strategy stresses the importance of adaptability by allowing for immediate action to be taken concerning the local impacts of climate change on the most vulnerable segments of society. For example, in 2007, the state of Tabasco suffered intense flooding that covered 80% of its territory. The situation was particularly chaotic for people who lived in rural areas because the infrastructure in their communities had to be rebuilt from scratch. Adaptability has become a necessity rather than an option, a distressing consequence of environmental neglect. If preventive and reactive measures are taken, the adverse impact of climate change related phenomena can be reduced, if not entirely avoided. The latter is particularly important because Mexico has not been able to separate its economic growth from CO2 emissions or loss of biodiversity. This is most evident in relation to the country’s ecosystems, which are being transformed into agricultural or livestock areas. The main challenge for Mexico is to find a way to foster economic development without causing pollution or environmental damage, which is not easy given that the country is still growing and needs to use its resources in order to gain momentum.

Sustainable growth is a key concept in Mexico’s development strategy. The government has reaffirmed its commitment to use its institutional capacity to include the authorities and wider society in long-term environmental policies. As it was issued by SEMARNAT, the strategy does not have legislative power, and enforces no sanctions or short-term action plans. The latter are established in the National Development Plan 2013-2018 and the State Programs for Climate Change. Despite these norms not being legally enforceable, the strategy is based on Article 4 and Article 5 of the Constitution. The former states that every person has the right to a healthy environment, while the latter makes the government responsible for ensuring integral and sustainable national development.

The National Climate Change Strategy has received criticism for contradicting the National Energy Strategy, which is heavily focused on hydrocarbons, particularly the increasing prominence of natural gas as a transition fuel, and promotes controversial actions such as the use of shale gas and deepwater oil extraction. Additionally, the strategy does not distinguish between clean and renewable energy sources. Article 3 of the Renewable Energy Use and Energy Transition Financing Law defines the latter as “(…) originating from natural phenomena (…) that are naturally renewed, which means they are available continuously or periodically.” This definition encompasses wind, solar, tidal, geothermal and biomass energy. However, critics claim that a blurry distinction also includes nuclear and hydroelectric energy as clean sources, in spite of their environmental impact.

The strategy has been praised in the international arena. The International Panel on Climate Change (IPCC) has stated that Mexico has taken an important step, and that other countries are likely to follow its example. The IPCC believes this is the right time for Mexico to develop its renewable energy sector. In order to achieve a successful energy transition, the government should consider the economic benefits of combining renewable energy sources with the use of fossil fuels. On the whole, there is international consensus regarding the immediate need to decrease greenhouse gas emissions, and the National Climate Change Strategy demonstrates Mexico’s commitment to this cause. 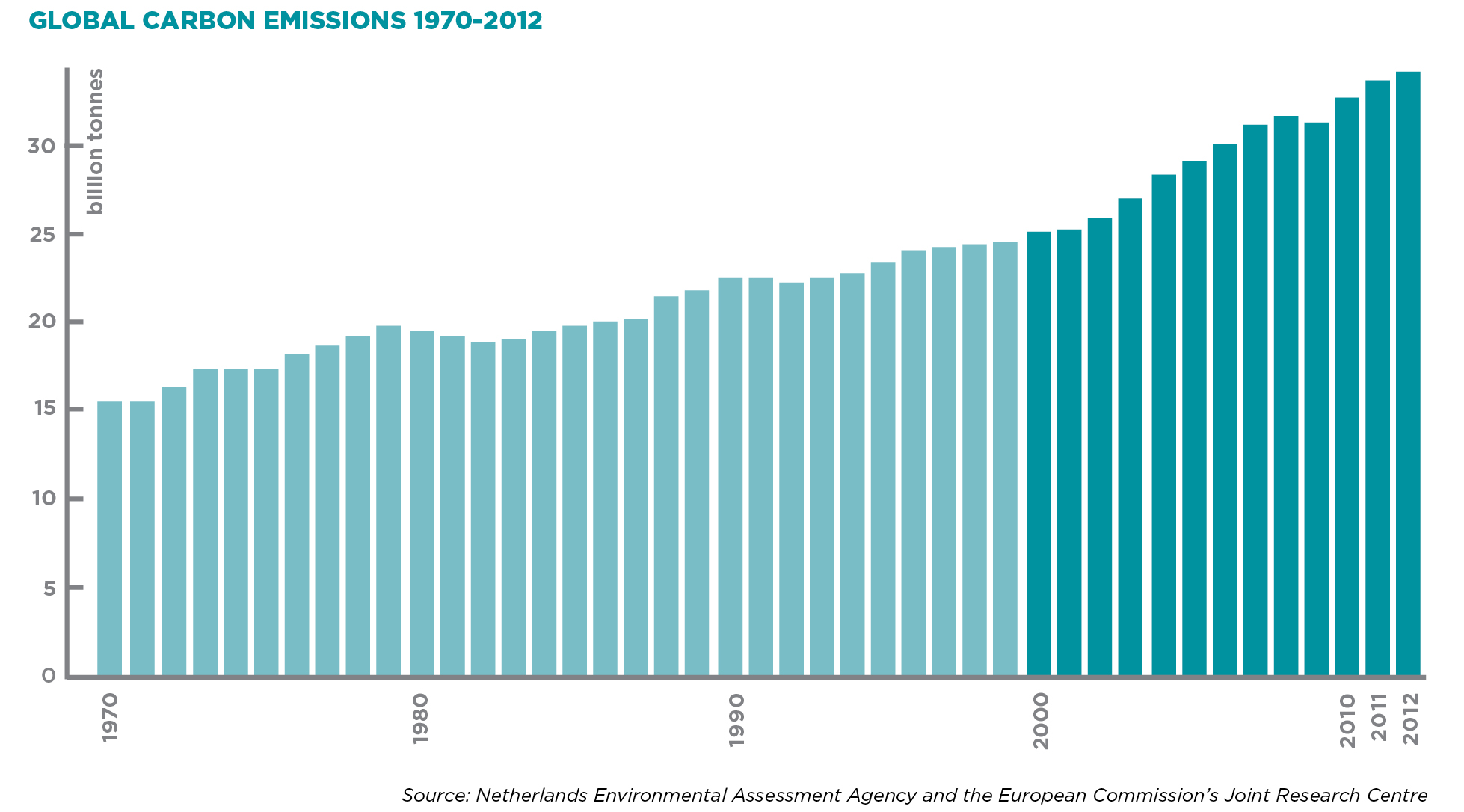