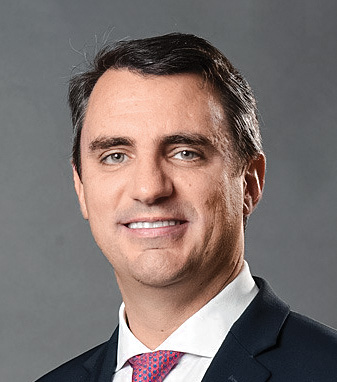 Today, Mexico’s future is at stake. While most of the developed world is headed toward real climate action, Mexico continues to ignore the very real threat of climate change, much to the alarm of the rest of the world.

It has been almost three years since the Energy Regulatory Commission (CRE) granted the last large-scale renewable generation permit. The decline in foreign investment in Mexico’s power sector of more than 75 percent of its energy capacity over the last two years could lead to increased unreliability of the national grid and the power sector as a whole.

Unfortunately, the current administration is not going to change its path or its viewpoint. It is common knowledge that Mexico’s current power policy has been overseen and managed by the office of Manuel Bartlett, the CEO of CFE. Bartlett has said many times that he does not support renewable technology due to the “disturbances” that it causes to the national grid. Bartlett and his allies within CFE seem to advocate for coal, fuel oil and natural gas generation, as this avoids the need to take steps to accommodate different renewable technologies that the national grid has the capability to support today.

Although MORENA and its allies in Congress have stopped discussions on the presidential bill until April, it is critical to address the primary components of the legislation if it is approved as filed:

To ensure these changes, the bill includes a series of transitory articles that provide strict rules that Congress, as well as applicable governmental agencies, must abide by. To ensure these changes are effective, Congress must put in place secondary legislation within 180 days of the publication of the constitutional amendments in the Official Register. At this stage, it is still unclear how this will unfold across the Wholesale Electricity Market and the legacy regime. The legislation is silent on this and does not quantify any potential economic impacts.

Because the bill is poorly drafted, it does not consider a series of actions required to maintain the stability of the grid and the continuance of supply service. Likewise, it does not address any action related to the clean energy targets set forth under the Climate Change Law.

As an example, within the transitory articles set forth in the bill, which establish the rules as to how these constitutional changes will be effective, it cites “all current generation permits” without making any specific reference as to whether generation permits issued under the current legal regime or legacy regime, as well as any existing power purchase agreements (PPAs), would be immediately canceled once the constitutional amendments go into effect. This single provision will open a Pandora’s box.

It is still unclear which generation permits and PPAs are to be canceled. If we assume that they are PPAs stemming from the three CENACE auctions and the CFE’s IPP program, this could result in nearly 40 percent of Mexico's aggregate generation capacity being turned off in the blink of an eye. In this scenario, how would energy consumers receive the energy capacity they need?

It is critical to point out that many of the energy consumers under the legacy regime (self-supply scheme) or the Wholesale Electricity Market have made binding pledges regarding their reduction around GHG emissions and carbon footprint.

As all we know, renewable energy was the leading type of energy built in Mexico over the last five years, which has now been impeded by the current administration due to the lack of generation permits issued or amendments to existing permits. Due to these unreasonable actions by the administration, there will be a scarcity of renewable energy by 2024.

If the bill is approved in its current form, the question remains as to how these renewable energy commitments will be satisfied. CFE won’t comply with the minimum renewable energy capacity to align with these obligations, nor will it satisfy the 5 percent of renewable energy currently consumed by energy customers who have committed to consuming on a long-term basis.

Some have argued that the legislation should not be approved because it violates many principles of the USMCA and other free trade agreements. Yet, there has been little talk of the impacts to those who have invested in carbon reductions or who have made pledges to reduce their carbon footprint.

As an example, any products manufactured in Mexico without renewable power could face significant barriers to enter markets that have made GHG and carbon footprint reduction commitments. This could ultimately result in impeding Mexico's competitiveness, fewer jobs, increased climate change impacts, and severe health concerns.

The science has spoken — climate change is real. We must heed the warnings and follow a science-based pathway. If we ignore the science, as many did in relation to the COVID vaccines, it may be too late to save our planet.