A Powerful Comeback for Laid-Off Workers

Q: Generadora Fénix has a different story from other companies. Can you share this experience?

A: Generadora Fénix is the result of SME’s close to sevenyear fight to avoid the forced dissolution of Mexico’s oldest labor union after the liquidation of the state-owned company Luz y Fuerza del Centro (LyFC). As part of the legal settlement over the government’s liabilities in the wake of the liquidation, the government awarded in early 2016 a group of 14 abandoned hydropower plants to SME, which represented the LyFC workers. We then created Generadora Fénix as an investment promotion society and looked for a partner with the financial capabilities to help us renovate the assets and become competitive. Mota-Engil, a Portuguese company, became our capital partner in this venture, holding 51 percent of the company’s shares, while SME contributed with power assets and an experienced workforce. The resolutions made by Mexico’s labor board to end the work relationship between SME and LyFC mandated the government to compensate SME individually and collectively.

To offer job prospects to the union’s members, who were highly skilled electrical workers, the company received the use and exploitation rights of the hydropower plants for 30 years, along with the rights to build a 1.7GW combined cycle plant and a PPA contract with the federal government for energy purchases during the next 25 years.

Q: What investment plans does the company have for the near future?

A: The most important assets in our portfolio include the Necaxa plant in Puebla and Lerma, in Michoacan. Both plants belonged to LyFC but were not performing at their maximum potential. We took control of the assets in November 2015 and now all the employees working at these plants belong to SME. We have already obtained the permits from CRE to become a generator in the new electricity market so we can sell energy to the spot market as well as to suppliers and qualified users. We are also in charge of the plant’s operation and maintenance. As part of its business strategy, Generadora Fénix plans to invest US$500 million in revamping all our hydroelectric power plants.

The company is also planning to invest US$1.2 billion in combined-cycle power plants that will be built on the land we received as part of the work termination agreement. Even though the projects are not done yet, we already have a 25-year PPA with the federal government, which will buy the energy produced by our plants at a fixed rate. All the employees required to operate these power plants will be SME members.

Q: What was the experience of Generadora Fénix as a winning company in the second power auction?

A: Four of our proposals won a share of the CELs auctioned in the second round. We did not offer energy or capacity but only CELs because we already have requests from private clients that are looking to purchase power and energy. Part of our commercial strategy is to establish long and short-term contracts with private customers, so we chose not to offer those elements in the auction. We observed in the power auctions a high number of speculative offers. Many companies offered energy and capacity from projects that are not yet built, some in more advanced stages than others. We have even received proposals from some companies to help them with their projects’ construction but we are still analyzing that possibility. We think that in some cases completion of projects will be challenging.

Q: What do you say to those who suggest Generadora Fénix cannot be competitive due to SME’s history in a public utility?

A: A qualified workforce is our main competitive advantage. Generadora Fénix already has experienced engineers operating power plants and we have 14,000 more skilled workers ready to enter into action. We proved our skills during the revamping of the Alameda hydropower plant, which had flooding problems when it was handed over to us. It took us less than 10 months to renovate the plant completely and put it to work, becoming our flagship project.

We also have the advantage of not having any pending labor liabilities, which is not the case for CFE. The state-owned utility has MX$3.2 billion in labor liabilities and MX$7.6 billion in financed public works contracts (PIDIREGAS). Generadora Fénix is making a new start in the black, with working facilities, generation permits, long-term PPAs and skilled and experienced engineers. We have everything to be a competitive and profitable company. In the next five years we expect to have a 2.7GW capacity coming from a diversified portfolio of generation, including solar, hydroelectric, wind and natural gas. The country is expected to have a growing demand in the next 25 years, so we know energy generation will be a profitable business. 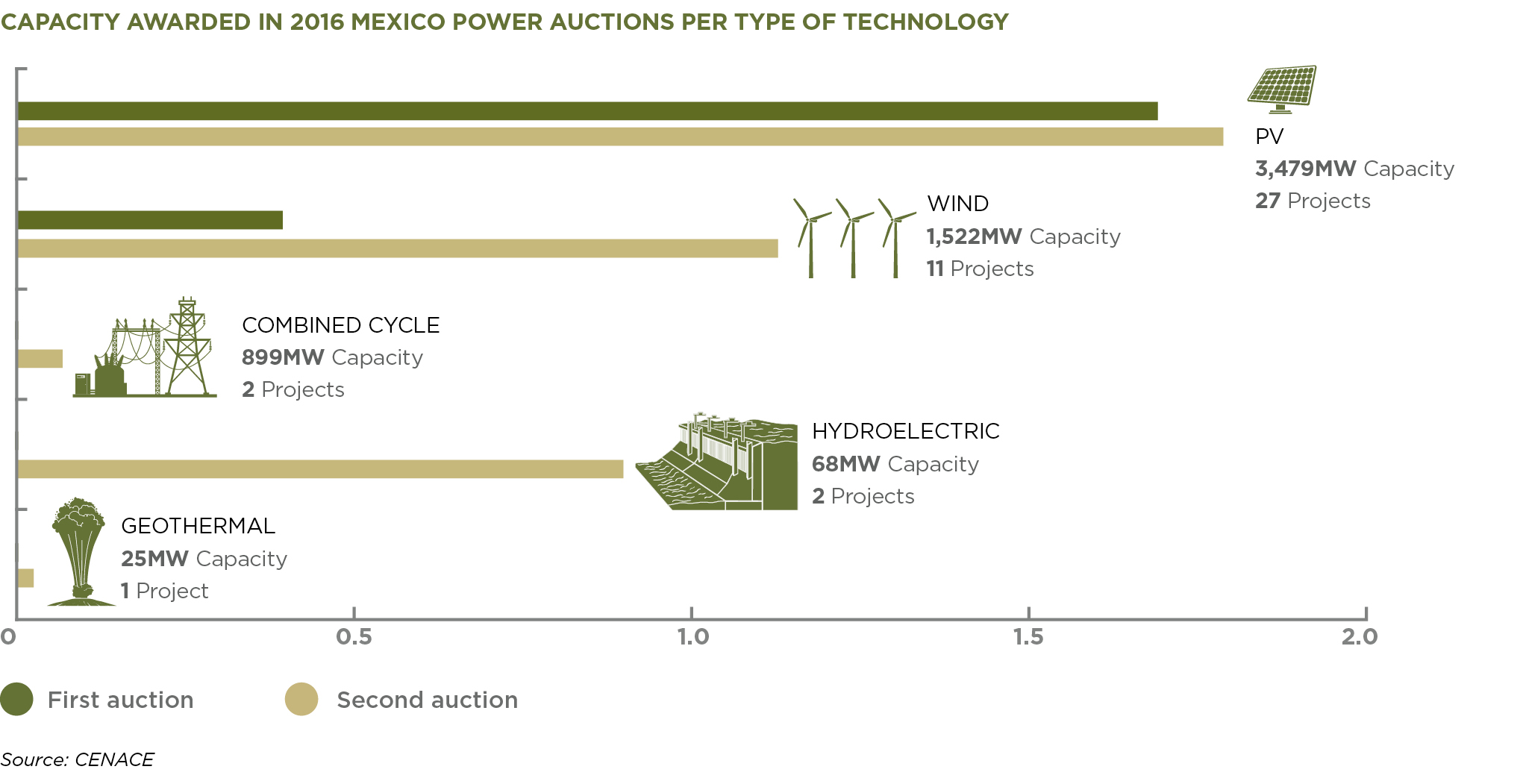