Over the past decade, the expansion of the electricity sector has been driven by the construction of natural gas combined cycle plants, which join efficiency with reduced CO2 emissions while taking advantage of the low prices of natural gas, caused by the US shale gas boom. The private sector has played an important role in the construction of new generating capacity, selling the energy produced to CFE through the Independent Power Producer (IPP) scheme.

Before 1992, private energy production was permitted only for self-supply. At the time, PEMEX was the main energy producer who received permits for natural gas combined cycle plants, alongside state-owned sugar mills and mines. However, natural gas was not the most popular energy source prior to 1992 due to the lack of pipelines and infrastructure. Fuel oil and diesel were more common. In 1992, the Public Electricity Service Law (LSPEE) underwent changes that enabled the private sector to generate energy for self-supply. It also created IPPs, but it took until 1997 for the first permit to be awarded to American company AES Mérida III, which began generating electricity in 2000. The fact that there was a five year gap between the creation of the IPP scheme and the issuing of the first permit was due to the lack of legal structures for these projects. However, once it took effect, this legal framework enabled the expansion of natural gas combined cycle plants and industries like food and paper took advantage of this model. The IPP scheme was created to complement the public electricity supply to satisfy the growing demand.

Natural gas is the transition fuel favored by the government, as stated by the National Energy Strategy, and an increase in the use of combined cycle plants is expected in the next few years. Issues with natural gas infrastructure and distribution will have to be resolved, since critical alerts have exposed the risk associated with increasing Mexico’s dependence on natural gas for power generation while transportation infrastructure is facing capacity constraints. Power generation by IPPs dropped by 3,830GWh in 2012 relative to the previous year, and has still not returned to previous levels despite a slight uptick in 2013. At the same time, CFE actually managed to increase production by 8,859GWh between 2011 and 2013, reaching 43,308GWh. However, this decision has greatly impacted CFE’s finances as it had to import LNG at higher prices to achieve this increase. 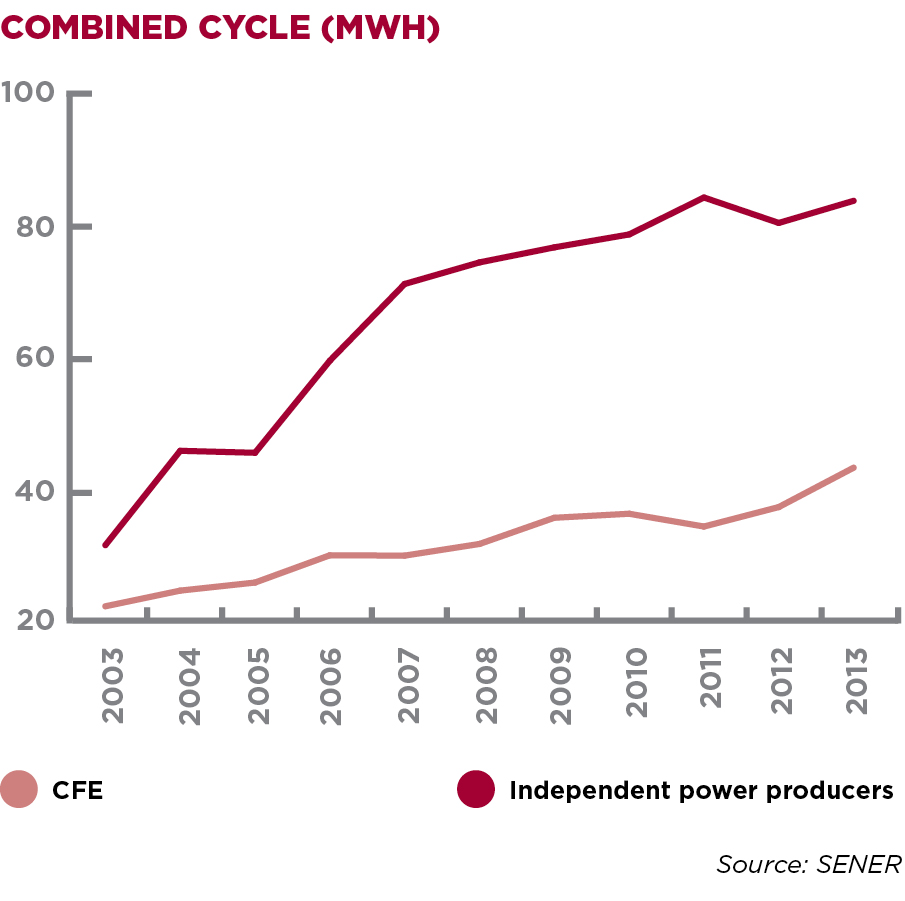 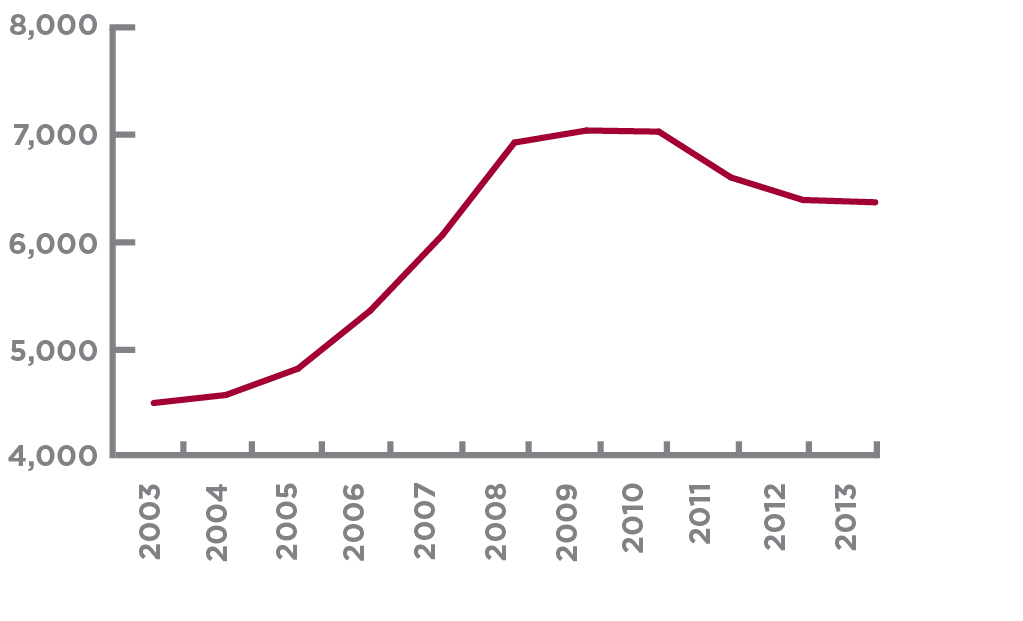 Mexico’s daily production of natural gas increased from 2003 to 2009, but after peaking at over 7,000mcf/d, levels have declined for the past 3 years. Mexican production has not been enough to cover industry demand, creating the need to emit critical alerts restricting the supply of natural gas. This decline and increasing demand promoted the decision to import fuels and the rapid construction of pipelines interconnecting to the United States.