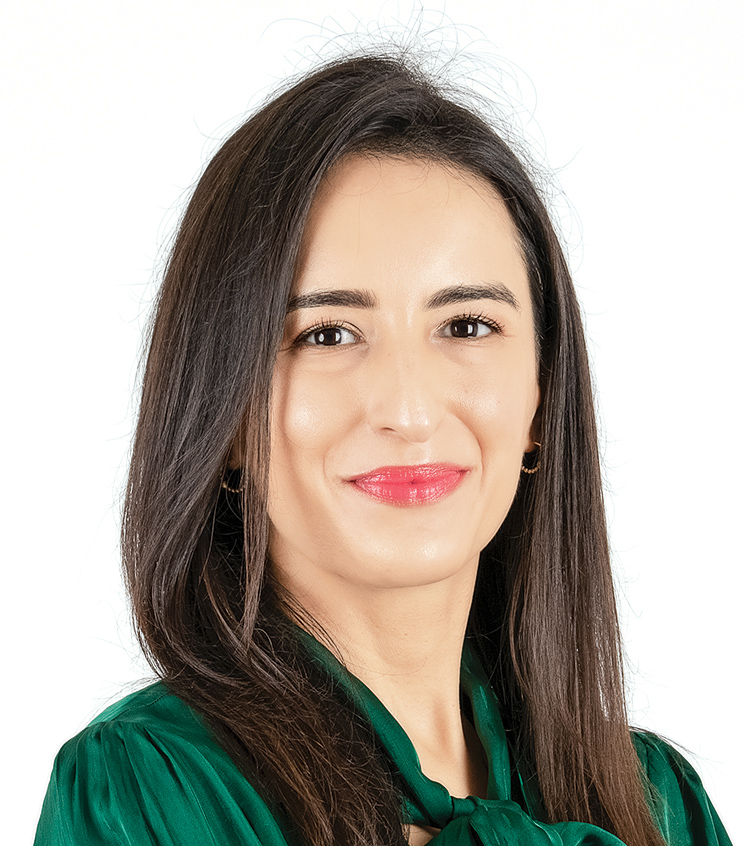 Q: How are Haldor Topsoe’s Mexican operations using carbon reduction technologies as a new basis to approach the market?

A: Haldor Topsoe, named after the renowned scientist and founder of the company, was founded in Denmark and has operated for more than 80 years. The company originally focused on catalyst solutions for various industries as it still does today. For that reason, the gasoline, petrochemical and chemical industries are important for Haldor, as is the energy industry. The energy transition is crucial for the company and by applying its technology, the company can support this transition. Our vision and leadership in carbon reduction technologies is recognized around the world. We invest around 9 percent of our income in R&D. With this investment, we can be at the forefront of innovation and provide better solutions for battery storage for example.

Haldor Topsoe is committed to the energy transition, focusing on hydrogen, including the “traditional” core business of gray hydrogen. To support the transition, we are pushing blue and green hydrogen as well. The company produces blue hydrogen with CO2-capturing technology, using natural gas for the most part. It is a tried-and-true solution for which the company offers full results, which is essential for the energy transition in the short to medium term. Greener hybridizations can also be added to these blue solutions over time. Haldor has worked on fully renewable green hydrogen for a number of years and recently inaugurated an autonomous working group to push the development and sales of this technology. The heart of green hydrogen development is the electrolyzer that produces it. Haldor has long been working on solid oxide electrolyzer cells (SOEC) because they are approximately 20 percent more efficient in their production than conventional polymer electrolyte membrane (PEM) systems, using the same electricity source. The working group is aiming to get this type of electrolyzer operational on a grand scale, meaning with a 500MW production capacity, by 2023. This 500MW would be adaptable to 5GW within a few years’ time. It is a front-running technology with the potential to revolutionize the energy transition.

Q: How would you assess the demand for blue hydrogen and the speed with which the market is moving toward green hydrogen?

A: Gray and blue hydrogen is used for petrochemical and steel industries in Latin America, but the transition toward blue hydrogen has been delayed somewhat here. In Europe, for example, this transition is already a done deal. Green hydrogen solutions are already gaining steam in some Latin American countries. For example, in Chile, the market will shift from gray to green. As a technology company, we believe it is important to highlight the benefits of hybrid solutions because they represent a more viable option economically. SOECs are still very much in their development phase. The move to green hydrogen appears to be stronger in Chile now but it will likely grow in Mexico as well. The country has excellent renewable energy availability and a very competitive levelized cost of energy (LCOE), which makes green hydrogen a very attractive prospect. For these hydrogen-intensive industries, switching to blue and eventually green hydrogen would be a massive boost toward their decarbonization.

Q: How can the company be part of the push toward green hydrogen and help bring down its costs?

A: When comparing the development of hydrogen against that of other renewable technologies considered staples of the industry, the switch to green hydrogen will be faster and with more competitive prices than we have seen in years prior because of the necessity for the energy transition. Nevertheless, to speed up the transition, the regulatory framework as well as an industrywide strategy and a broad investment platform will be essential. Together with the technological developments of companies like Haldor Topsoe, these factors can greatly lower costs in a shorter period. For the regulatory framework, private companies could come together with the government and academic institutions, establishing an ideal triad to discuss such matters and form a strategy for the future. In some areas, such as the EU, this process is quite advanced. Countries like Mexico could learn from exchanging expertise.

Q: How would you assess Mexico’s potential to grow in usage of renewable fuels?

A: In the spirit of a global carbon emission reduction, a switch to renewable fuels is an essential tool. Developing renewable diesel and jet fuel and making it a viable alternative is crucial for the energy transition. To this end, Haldor Topsoe has researched using raw materials such as vegetable oils, animal fat, recycled fuels and solid biomass. Haldor’s HydroFlex technology allows companies to transform any of these renewable feedstocks into high quality and, most importantly, clean fuels. The company’s co-processing technology makes this type of transformation to renewable fuels easier on a larger scale. PEMEX’s national refining system, including the recent Deer Park acquisition and the upcoming Dos Bocas refinery, has massive potential to begin its transition toward renewable fuels too: co-processing investments are quite small at first and form a good basis for an eventual investment toward HydroFlex’s fully renewable applications. We hope that Mexico makes use of its excellent feedstock potential. Since the US is a major player in renewable fuels, Mexico could stand to benefit from exporting such products. Green ammonia, another important area for Haldor, is an essential element in fertilizers used in agricultural operations and for the maritime sector. It represents another great tool to decarbonize. Mexico imports green ammonia but could easily produce this resource.

Haldor Topsoe is a Danish Company, founded in 1940. It is a global leader in electrolysis, petrochemicals, fuels and oils. Recently, the company has honed in on its expertise in carbon reduction technologies.