Who’s Who in the Mexican Energy Sector

Peña Nieto’s presidential mandate runs from 2012 until 2018. To construct the consensus needed to get constitutional reforms anchoring his political agenda approved by Congress of the Union,

Enrique Peña Nieto was born in Atlacomulco, an industrial city in the State of Mexico, as the son of an electrical engineer and a teacher. He is related to two former governors of the State of Mexico and the nephew of a former mayor of Atlacomulco, giving him an introduction to the world of politics from birth. After graduating with a BA in Law from the Universidad Panamericana, and an MBA from the Instituto Tecnologico y de Estudios Superiores de Monterrey, Enrique Peña Nieto started his political career. He formally entered in 1993, when he was appointed as the Personal Secretary of Arturo Montiel Rojas, who was then the Minister of Economic Development for the State of Mexico. He took a big step up to a higher level of government when Montiel Rojas became the State Governor and Peña Nieto was appointed as the Undersecretary of the Interior. He won his first elected position as Federal Deputy in 2003 representing his hometown of Atlacomulco in the Congress of the State of Mexico. Two years later, after a successful election campaign, he became the Governor of the State of Mexico, a position he occupied until September 2011. The crucial element of his mandate was the pledge to fulfill 608 promises made on the campaign trail, a pledge he signed in front of a notary to prove his capabilities to deliver results. After stepping down from the position of Governor in September 2011, Peña Nieto released his book ‘Mexico, The Great Hope’, in which he argued for the importance of expanding the economy to create formal jobs. He won the presidential election of July 1, 2012 and acquired 38.21% of the votes, followed by Andres Manuel López Obrador of the PRD with 31.59% after an intense campaign. Peña Nieto’s mandate runs from 2012 until 2018. He has already overseen a period of important changes during which long expected political changes, such as the Energy Reform, the Fiscal Reform and the Telecommunications Reform, have been approved. Peña Nieto’s presidential mandate runs from 2012 until 2018. To construct the consensus needed to get constitutional reforms anchoring his political agenda approved by Congress of the Union, Peña Nieto created the Pact for Mexico, a political arrangement under which the country’s three ruling parties came together to achieve the necessary changes. He has already overseen a period of important changes with landmark reforms such as the Energy Reform, the Fiscal Reform, Education Reform, and the Telecommunications Reforms. 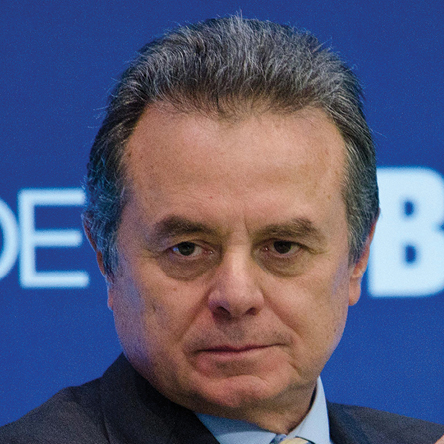 On December 1st, 2012, the 63-year-old Pedro Joaquín Coldwell was appointed as Energy Minister in President Enrique Peña Nieto’s cabinet, only hours after he resigned as President of the PRI. In this position, which he held for just under a year, Coldwell worked closely with campaign manager Luis Videgaray, the current Finance Minister, on the successful election campaign of that resulted in the PRI reclaiming the presidency after 12 years of rule by the PAN. After graduating with a law degree from the Universidad Iberoamericana in Mexico City, Coldwell was elected deputy to the Congress of his home state Quintana Roo at the age of 25. He served four years as Secretary General in the Quintana Roo government, and became a Federal Deputy in 1979. Two years later, Coldwell was elected Governor of Quintana Roo at only 31 years of age, a position that he held until 1987. He subsequently served as Director General of FONATUR (National Fund of Tourism Promotion), and was Mexico’s Tourism Secretary from 1990- 1993 in the PRI-led government of President Carlos Salinas de Gortari. Coldwell’s long history of involvement and leadership in the PRI – which also included a post as Mexican Ambassador to Cuba between 1998-2000 and a term as Senator between 2006-2012 – has positioned him as a key member of the party. According to José Merino, a political science professor at ITAM, “If you open up a dictionary and look for the word PRI, the definition could include Pedro Joaquín Coldwell. He is distinguished by his bargaining, dialogue, and openness. It is an appointment that will lead to a honest and healthy discussion and debate with Mexican society, with the potential to build public policies that will help the country,” says Senator David Penchyna, President of the Senate Energy Commission. “Mexico needs someone who has a lot of political muscle to push through a comprehensive energy reform and make it a reality.” Coldwell will also have to deal with multiple issues during his tenure as Minister of Energy, which include maintaining and increasing current oil and gas production levels, improving and expanding transportation infrastructure, increasing Mexico’s refining capacity, and ensuring that Mexico’s power generation and transmission infrastructure is able to meet the rising demand to fuel the country’s forecasted economic growth. 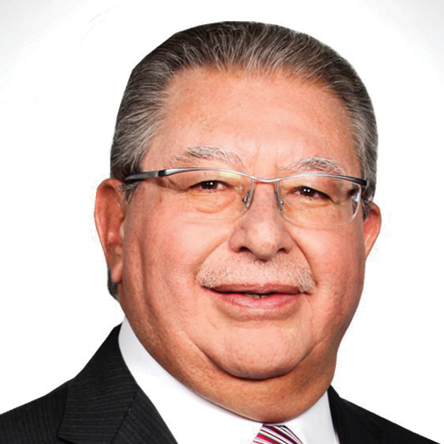 Francisco José Rojas Gutiérrez was born in Mexico City and has served as the Director General of CFE since December 4, 2012. He has a BA in Public Accounting from UNAM and has been a member of the PRI since 1960. He served as Finance Secretary of the National Executive Committee and was part of the presidential campaign of Miguel de la Madrid. He was also Assistant Manager of Public Spending and Coordinator of Advisors in the Treasury until 1983 when former President Miguel de la Madrid named him as the representative of the Federal Public Administration Ministry, a position he held until 1987 when he was appointed as Director General of PEMEX. He retired from active politics after his term ended in 1994 but returned in 2003 as a PRI deputy, serving two terms from 2003-2006 and from 2009-2012. He was also the President of the Colosio Foundation from 2007- 2010, and was Chairman of the Board of UNAM from 1995 to 2003. In the private sector, he served as Executive President of the Mexican Committee of the Consumer Products Industry from 1996 to 2003. The coming years will see CFE invest approximately US$14 billion in the development of infrastructure and power plants, complementing investments made by the private sector in gas pipelines and generation plants. As Director General of CFE, Rojas Gutierrez is tasked with lowering costs, improving profitability, and ensuring the efficient transition from fuel oil to natural gas, while guaranteeing a permanent power supply to every Mexican. 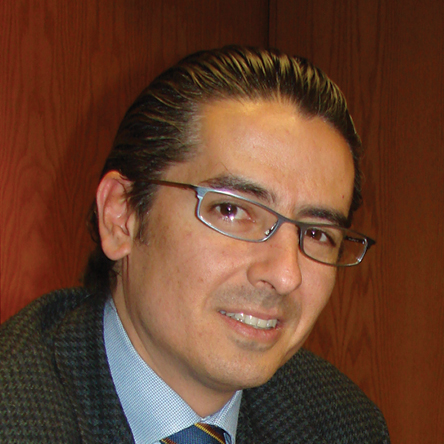 Francisco Xavier Salazar Diez de Sollano was appointed as the Commissioner President of the Energy Regulatory Commission (CRE) in 2005, by Former President Vicente Fox, and was ratified in 2010 to remain in his post for a further term, ending in 2015. He was named as President of the Ibero-American Association of Energy Regulatory Entities in 2012. Francisco Salazar concluded his Chemistry Engineering studies at UNAM in San Luis Potosi and obtained a Master’s degree in Economics from the London School of Economics & Political Science. He also holds a degree in Parliamentary Law from Universidad Iberoamericana.

His political background includes serving as Federal Deputy for the 6th district of San Luis Potosi from 1997 to 2000, being Secretary of the Ecology and Environment Commission and a member of the Budget and Hydraulic Affairs Commission during this period. He has also served on the Public Economic Council and the Economic Development Council. His objectives as Commissioner President are to regulate transparently, impartially and efficiently the energy industry including gas, refined hydrocarbons, derived products of hydrocarbons and electricity. He seeks to generate certainty to promote productive investment and healthy competition. It is also within his objectives to provide an adequate electrical coverage and attend the reliability, quality and security of the supply of energy and related services provided at competitive prices in order to benefit the final user. He is responsible for promoting the growth of the private power generation industry by efficiently issuing permits as well as regulating the transportation of natural gas through pipelines. 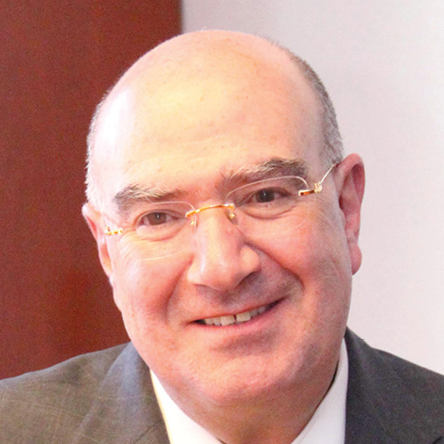 Minister of Environmental and Natural Resources

After Enrique Peña Nieto won the presidential election, Juan José Guerra Abud was appointed to become Mexico’s Minister of Environment and Natural Resources (SEMARNAT) as of December 1st, 2012. Guerra Abud, born in Toluca in the State of Mexico, is a member of the Mexican Green Party. He holds a Bachelor’s degree in Industrial Engineering from Anahuac University and a Master’s degree in Economics from South California University. After 14 years working in the private sector, he entered politics in 1990. That year, he was named Minister of Economic Development for the State of Mexico by former Governor Emilio Chuayffet. In this position, he supervised the early political career of Peña Nieto in the State of Mexico. Guerra Abud was also Director General of Krone Comunicaciones from 1990 to 1992 and President of Unitec Boelhoff from 1992 to 1994. After serving as Minister for four years, he held various positions in the state government, including Director General of Industrial Promotion at the State of Mexico’s Economic Development Ministry from 1994 to 1999. Guerra Abud was then named Executive President of the National Association of Bus, Truck and Tractor Producers (ANPACT) in 2001. He returned to politics in 2009, being elected as a congressman for the Mexican Green Party, after resigning from ANPACT. After three years as a congressman, he was appointed as Parliamentary Coordinator for the Mexican Green Party in Congress. His experience in the environmental sector also saw him become an advisor to the Mario Molina Center for Strategic Studies in Energy and the Environment.