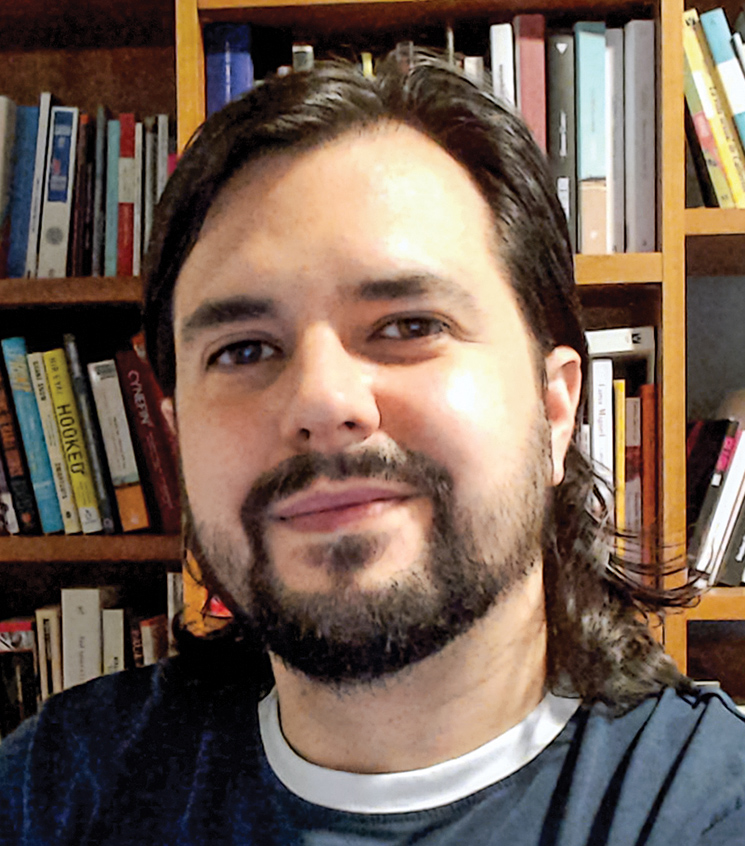 Writing an article about marketing nowadays is like trying to write a letter with an inkwell and a pen while riding a roller coaster. The velocity of changes set the pace for a new way for brands to communicate and this transforms not only the channels (how), but also the concept of communication (what).

When this happens, when the concept changes itself, we talk about an epistemological change.

Imagine a person in the early 18th century thinking about freedom. The concept of freedom for that person in that time wasn't our actual concept of freedom; it probably wouldn't include women as a subject of freedom, for example. There is a gap between the two ways to view "freedom" because the epistemologies are different. We talk about epistemology as the theory of knowledge.

Through mimesis, which we can simply define as imitation, people assume others’ concepts and incorporate them into their thinking, (trans)forming a new concept that is inscribed in the present. You can order your coffee at Starbucks and the waiter will say: Do you know that you can check the nutritional values of our products on our app? Then you can open your smartphone and search for the number of calories in your drink. Someone watching this action can do the same.

Can you see the relevance of brands in this? In 2013, Nyr Eyal wrote, Hooked: How to Build Habit-Forming Products,” based on the ability of brands to transform individual actions. The book is oriented to the interaction with users and focused on individuals. But Eyal missed the holistic perspective, the sum of all those individuals, what we can define as the big picture, the picture of the concept.

Let's dig a little bit more into this.

"Communication" in 1990 (as a concept) was associated with the technology of that moment: faxes and fixed telephones, mostly. The first of these technologies increased the amount of information that people could transmit compared with the previous decades. A quick chat with someone who lived through the surge of faxes will show how the fax machine transformed the concept of communication. My father is one of these people. One day he told me: "The first time we saw a fax coming from Germany (to Andalusia, Spain) was in 1986. We couldn't imagine that that was happening! Someone was sending instant information 3,000km away." This caused a big change in my father's mind. From then on, there wasn't only a slow-mode (letter) and a fast-mode (fax) in communication but also a new standard for communication: Immediacy.

Back to the Present.

Communication nowadays has multiple faces, some of which are public, not private, mixed with content creation. Let's do the following exercise: think about Twitch. You can see Twitch as a channel for entertainment, but the way in which the platform has been created is based on interaction. In other words, Twitch = Youtube + live interaction with community. And the same happens with Clubhouse, a platform that is built on the basis of interactions in "rooms," but it is not a private group like in Whatsapp. Clubhouse is oriented to content creation, in the same way as Twitch.

We can see this mixing process in Instagram, where Gen. Z’s interact with their friends and talk privately, but also create content that other users can see, follow, like and comment on. Is it this perception of deconstruction of concepts and the velocity of changes that makes me feel like I’m on a roller coaster when I talk about actual marketing. What some brands haven’t understood yet is that this change is not (only) a technological change, it is a philosophical change, where brands cannot ignore how these concepts have changed.

I can imagine that Philip Kotler wrote Marketing 3.0 and 4.0 with this fluid nature of concepts in mind, trying to show the path to a new way of marketing.

How can Startups understand this epistemological change and adapt their communication? For Aristotle, virtue was in the middle term. It is in this middle term where brands can really explain their values and motivation to users and understand what users have to say.

But the middle term is what we have been losing in recent years. Marketers have been focused on creating more effective ways to catch attention (short term) and increase revenue (long term).

Ads are packing information into each frame, and the number of frames is greater than ever. These hyper-informed pieces are distributed on TikTok or Instagram, fighting with other ads for your attention. But this first bit of information regarding your product shows only a part of your value proposition: the hook. You will need to let the user understand more about your company, your product and your values if you want to create an involved community.

Nintendo is one of the brands that does this better. Their ad campaigns are not the catchiest and their promotions and discounts are not very frequent, but their consistency in developing immersive content has created one of the strongest videogames communities, affecting important ratios like Customer Lifetime Value (CLTV).

Once the attention is captured, content creation is one of the keys for building a strong brand based on the middle term. Acquisition campaigns may sound sexier than these continuous actions, but think of this part of the funnel as a long valley, where the experience is immersive and the greater the effort, the greater the reward. To do this, to communicate with their users, companies need to understand that communication is not communication anymore.