STEM: The Road to Reducing the Gender Gap 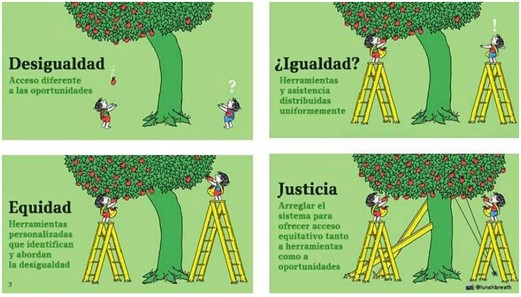 According to the United Nations, girls and women continue to be underrepresented in the fields of science, technology, engineering and mathematics. According to an Endeavor survey, only 9 percent of technology companies in Mexico are headed by a woman and only 23 percent of these companies have a female co-founder, founder or executive in some area.

In this sense, although significant progress has been made in the technological ecosystem in Mexico and Latin America, there is still a long way to go.

On the other hand, data from the Organization for Economic Cooperation and Development (OECD) reveal that despite the fact that in most Latin American countries, the rate of women entering primary and secondary education is slightly higher than that of men: in Mexico, less than 10 percent of girls think about STEM (Science, Technology, Engineering and Mathematics) careers. In this context, the technology sector is among those with the greatest impact and growth, but there is no doubt that it is dominated by men.

This makes us think that gender equity is an issue that is addressed from a young age and the lack of representation of women in technology companies and the wage gap that exists at all levels is highly influenced by the fact that from an early age, women are not related to STEM careers.

A typical STEM worker earns two-thirds more than employees in other fields, according to the Pew Research Center. And some of the highest-earning STEM occupations, such as computer science and engineering, have the lowest percentages of female workers. If we look at this gap from the point where women choose what to study, how can we expect equality in management positions in technology companies or even more so in salaries?

Providing women with personalized opportunities to pursue and thrive in STEM careers helps reduce the gender wage gap, improves women's economic security, ensures a diverse and talented STEM workforce, and prevents bias in these fields and the products and services they produce.

Now, how can we in our trenches influence or encourage more women into these careers? First, by understanding the factors that generate STEM gender gaps, such as:

Role Models: With fewer female leaders in these fields, girls have fewer role models to inspire their interest. Although they do exist, there are far fewer role models of women scientists and engineers in books, media and popular culture.

For Latin American startups, 2021 was an extraordinary year for venture capital investment. Venture capitalists invested an estimated US$19.5 billion in the region, according to Crunchbase data. That's more than triple the previous year's levels, which were themselves record-setting. Most of these investments were in technology companies, which, as we have already noted, are led by men. So, if we want women to participate in this growing investment and have a higher percentage of women at all levels, we must have greater participation of women in STEM careers.

This is not to say that the fact that there is a much lower percentage of women in STEM careers is the only factor leading to a pay gap or lower participation of women in leadership positions. There are many other factors that influence this gap, such as the very culture we grow up with, biases imposed by our society, lack of policies that facilitate motherhood, lack of women-led investment funds and lack of investment in women-led companies, and a host of other reasons we need to work on.

At Cumplo, more than 50 percent of our team are women and most of us are in management and decision-making positions. This is not due to a gender quota but because this team strongly values diversity and equity and has made a significant effort to find women with the necessary skills to take on leadership positions in the organization.

Our invitation is to continue working to achieve a fairer financial market, with greater diversity and gender equity, strengthening inclusion and sustainable development in Latin America.