Welcome to the Soonicorn Club

Seeing the Latin American venture capital ecosystem’s unprecedented momentum, we asked ourselves, which Latin American company would become the next unicorn? To put it another way, which of them would enter our Soonicorn Club? To better answer this question, we have been tracking down startups with an estimated value of more than US$100 million that are not yet unicorns but might be soon.

We’ve been fascinated by the results that we update weekly here: soonicornclub.com. That’s how fast things are happening. 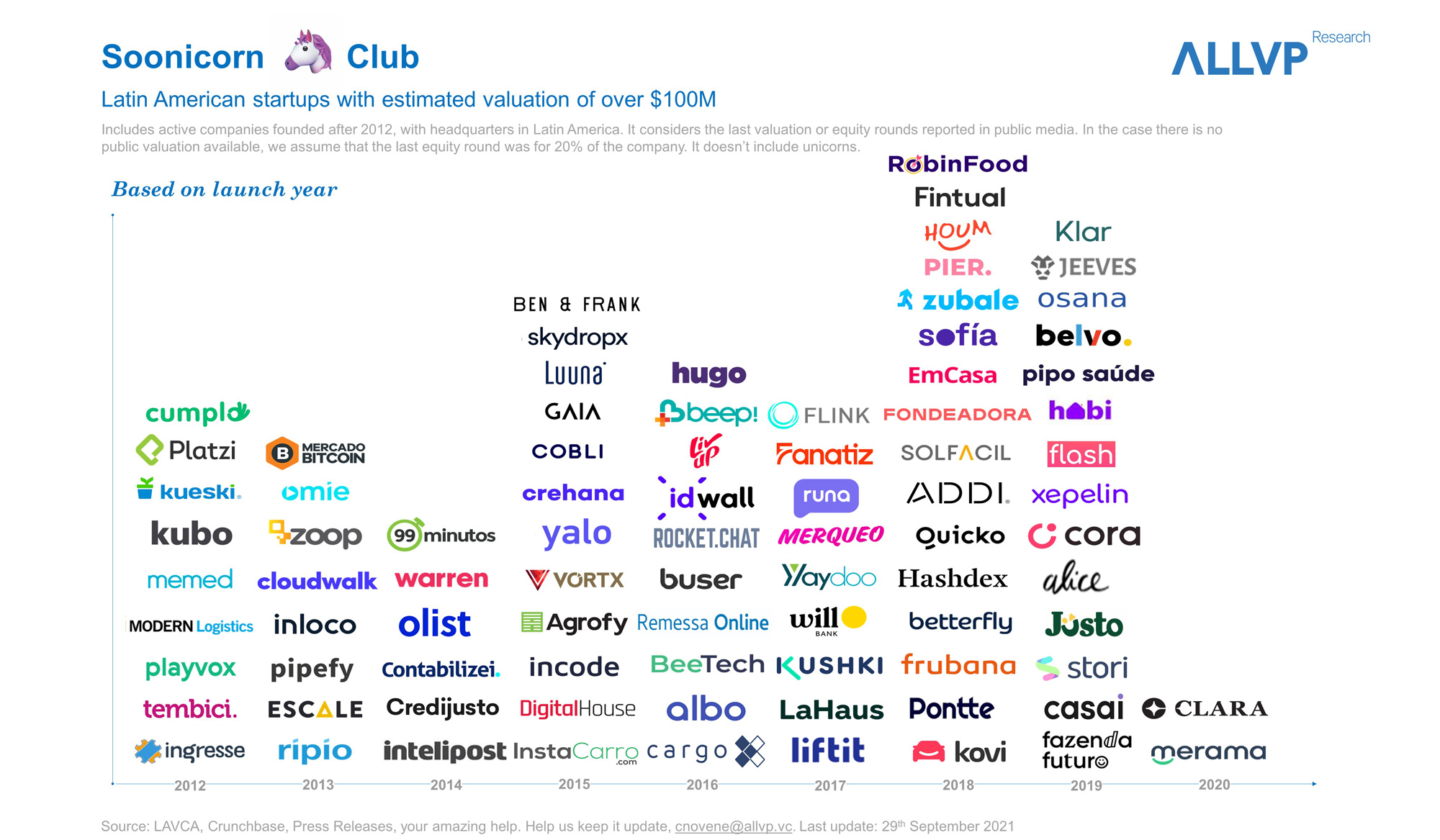 Since we last published on the topic in March 2021, dozens of new companies have joined the club. We’ve discovered an impressive group of 88-plus Latin American companies building the next tech giant, following the great examples of companies such as Cornershop, Nubank or Kavak, an “octocorn” that recently announced a $700 million Series E round.

In terms of geographies, most of these companies are headquartered in the two biggest tech hubs: 45 percent are headquartered in Brazil and 30 percent in Mexico. Colombia comes next with 10 percent, including Platzi, Robinfood, and Merqueo, followed by Chile, with Houm, Cumplo, and Fintual, to name a few. Argentina, with companies like Osana and Digital House, hosts 5 percent of the soonicorns. The building of huge companies is happening everywhere, including Ecuador, Peru, and El Salvador, with Kushki, Crehana, and Hugo. 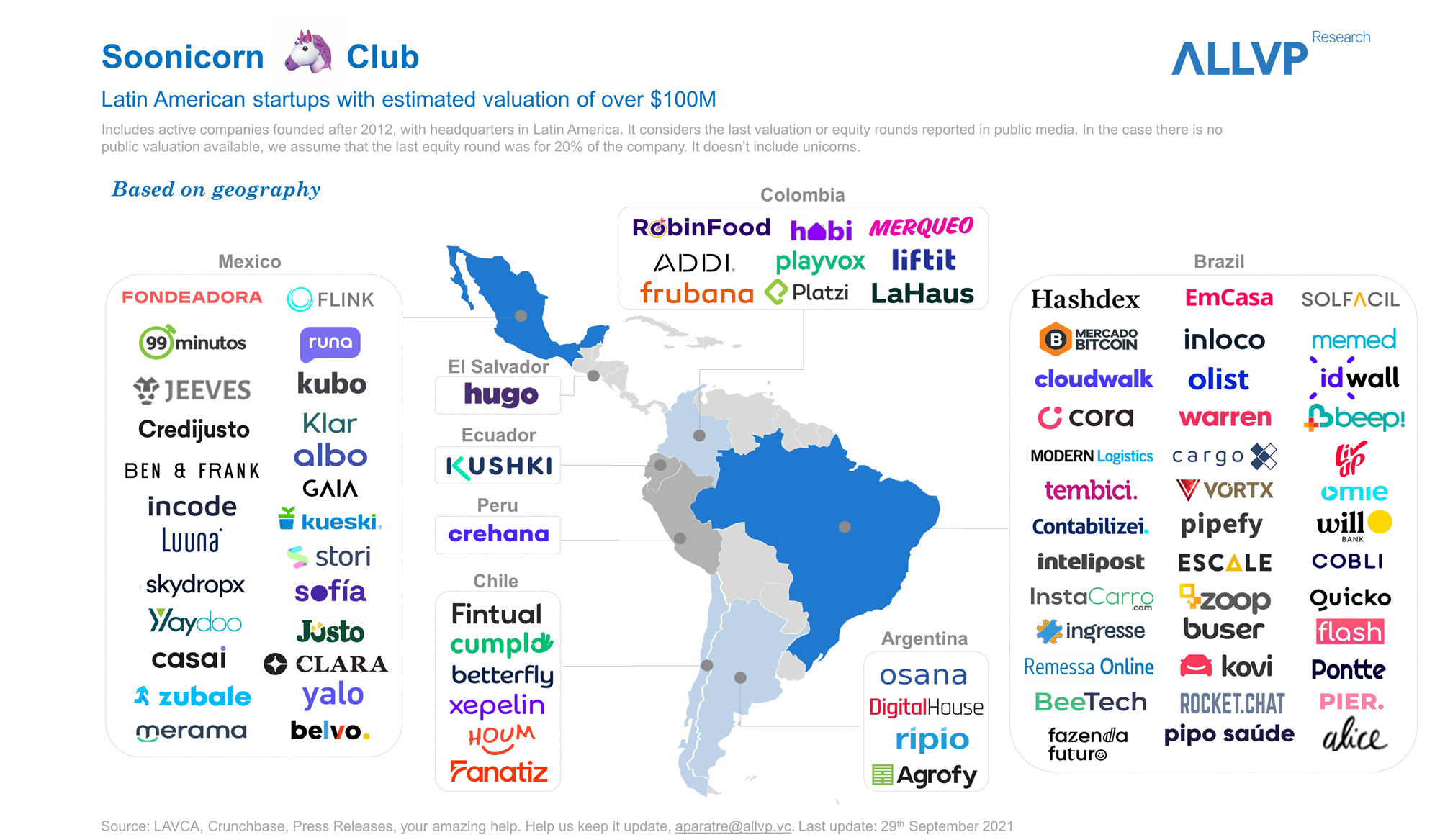 When looking at the breakdown by sector, the figures speak for themselves. Fintech is the clear winner, with almost 40 percent of the soonicorns, such as Hashdex, Addi, Flink, Kueski, and Solfacil. Smart enterprise, with companies such as Runa or Zubale, comes next with 11 percent, followed by future of commerce, including Rocket.chat and Ben & Frank. Then come logistics and proptech, with respectively 8 percent and 7 percent of the soonicorns.

How long did it take for these companies to join the Soonicorn Club? Looking at fundings, Soonicorns took on average 4.5 years to join the club but what’s fascinating is that this number has drastically reduced in the past few years. In 2014/2015, it took them about six years to reach a $100 million valuation. This number decreased to 4.2 years among the 2016 cohorts, and finally 2.7 years in 2018.

Our colleagues from Silicon Valley have started hunting for these companies, and we couldn’t agree more on the amazing opportunities they represent.