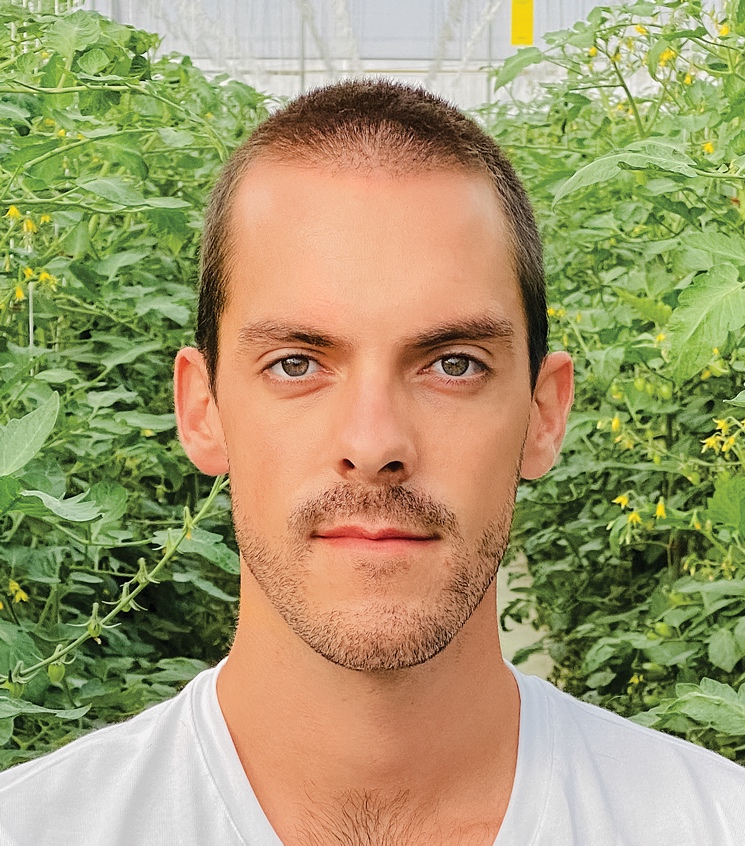 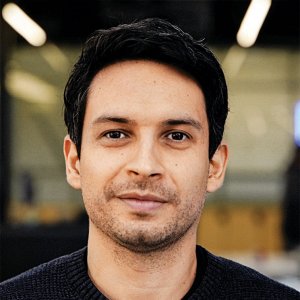 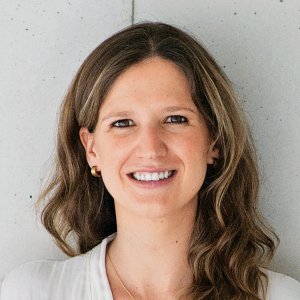 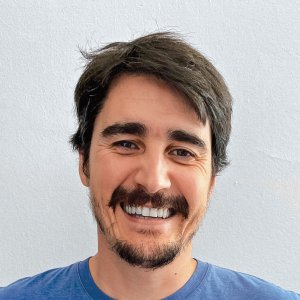 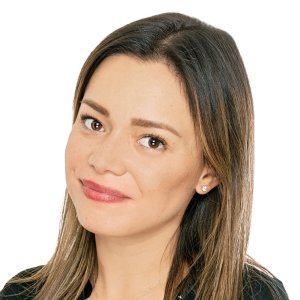 If power implies victory in war, then weak actors should almost never win against stronger opponents, especially when the gap in relative power is very large. Yet, history suggests otherwise: weak actors sometimes do win. According to a Harvard study, during the asymmetric wars that erupted between 1800 and 1849, the weaker side reached its strategic objectives in 12 percent of the cases. Nevertheless, during the wars that took place between 1950 and 1998, the weaker side prevailed with more frequency: 55 percent of the cases. This trend suggests that in war, more ceased to be necessarily better. Modern times seem to have applied the law of diminishing returns toward the battlefield. And it doesn’t stop on the battlefield.

The law of diminishing returns is a theory in economics that predicts that after some optimal level of capacity is reached, adding an additional factor of production will actually result in smaller increases in output. Inefficient firepower affects not only governments but organizations, and of course, people. What they are made of. We might be wise to remember that more can sometimes mean less, and that limited resources can have its advantages, advantages that disappear when sheer resource supply trumps strategy, creativity, or grit.

Having less forces the human brain to be more creative and efficient with resources. A study by researchers from the Johns Hopkins Carey Business School and the University of Illinois found that it is scarcity, not abundance, that promotes creativity. The more stuff we have, the less creative we are. The pivotal dynamic is what the study authors call a “constraint mindset” – a mode of thinking activated by having less. The greater the constraint mindset, the more creatively a given person (or organization) will make use of their resources. The abundant resources may have a negative effect on creativity. Simply put, when you have fewer resources, you use them more creatively.

Suniya Luthar has been studying the lives of privileged children for 25 years. Her research has shown that drug and alcohol use among affluent teens is higher than among kids of the same age group in lower-income communities. “Money is plentiful, so children have more money to buy drugs and alcohol and get sophisticated fake IDs, and parents have the money to pay for high-profile lawyers to make sure their children continue to have an ‘absolutely pristine record,’” she said. "So these are the kids who then start to believe, and rightfully so, ‘I'm not getting caught and even if I do, nothing's going to happen to me.’ It's what we call acquired narcissism. Some people, young kids, learn to be narcissistic.”

These remarks are much comparable with organizations. Can they also grow up spoiled and narcissistic? You bet. Like them, when a person grows up with too much, and when excess resources are handed out, the results are often far from ideal. Early-stage companies always claim to thrive on creativity but, every year, the trend is for these companies to be given more and more resources in the form of back-to-back capital raising rounds with almost unjustifiable sums given by investors. Money to a point where its replacing creativity and actual differentiation, whereas any recycled idea times a thousand can thrive and at a glance beat the competition... that’s the goal isn’t it? Well, not if the edge is a mirage, something that is not actually real. An illusion created by sheer money supply. With an expiration date.

Recent times have given us several examples of acquired organizational narcissism turned sour. The WeWork story relates very closely with this trend. Like a spoiled child, WeWork’s resource exuberance and protection made its dominant position in the co-working industry not a result of operational prowess or a superior product; instead, WeWork had beaten its rivals because it had access to a near-limitless supply of funds, much of which it had squandered on expensive furniture, flamboyant perks, and promotions luring customers with below-market rents.

Adoring mirages in the startup world is deteriorating the competitive spirit and the real drivers of business success. More commonly everyday we hear stories straight out of a dystopian world. Quoting Charles Duhigg from his New Yorker article, “How Venture Capitalists Are Deforming Capitalism:”

“A former high-ranking WeWork executive told me that, by 2018, ‘our job had basically become to make sure Adam (Neumann, former CEO) didn’t do anything really stupid or really illegal—the board knew Adam was the key to raising money, and, as long as their valuations kept going up, they weren’t going to risk upsetting him.’ ... Benchmark had ‘invested when WeWork was worth, like, eighty million dollars, and now it’s worth fifteen billion, and we should walk away? Or, even worse, complain?’ ...  ‘There was obviously this tension between, like, upholding good corporate governance and frankly just saying, “I don’t care, because my investment is getting better every day, and so it doesn’t really matter what Adam does as long as I can get my money out at some point.”’… Many of the venture capitalists believed that they could afford to stay quiet for the time being, because the plan was for WeWork to go public; … The S-1 (initial registration form for new securities in the US) was blessed by hundreds of lawyers, accountants, consultants, communications professionals, and other people advising WeWork, all of whom stood to earn millions of dollars when the I.P.O. went through.”

Some investors have also become fixated on creating “unicorns:” startups whose valuations exceed a billion dollars. Some of these companies become lasting successes but many of them never seem to have a realistic plan for turning a profit. A 2018 paper co-written by Martin Kenney, a professor at the University of California, argued that thanks to the prodigious bets made by today’s VCs, “money-losing firms can continue operating and undercutting incumbents for far longer than previously.” In the traditional capitalist model, the most efficient and capable company succeeds; in the new model, the company with the most funding wins. Such firms are often “destroying economic value,” that is, undermining sound rivals and creating disruption without social benefit.

Acquired narcissism is often the reason for the eventual downfall. And getting caught, of course, because not everyone gets caught. The baptism for all sins in the form of an IPO increasingly saves similarly exuberant and badly run companies from oblivion. Or rather, that oblivion is gifted to someone else — the retail investor. Increasingly, we can undeniably equate this dynamic toward more and more early-stage companies and other make-quick money “investments,” pre-packaged pump-and dump schemes and self-fulfilling prophecies.

Going back to war, another reason to blame for the increasingly disappointing results might be the fact that the weaker side has the capacity to inflict more damage at a lower cost – a concept that up-and-comers seem to forget, and one that Clayton M. Christensen details in his book, “The Innovator’s Dilemma,” which is one of the reasons startups can sometimes undercut big incumbent players. In warfare, it’s homemade explosive devices (IEDs) versus billion-dollar F-17s. The US military has estimated that IEDs had caused 80 percent of their fatalities in Iraq and Afghanistan.

Having an unlimited safety net exempts companies from accountability. The mirage of things never turning sour by papering over everything, from mistakes to lapses of judgment with cash, like a kid being saved by rich parents, permeates toward execution. Organizations inside these bubbles operate within a fallacy: We can’t be wrong, and as long as everyone is on the “increase valuation at all costs” boat, we’ll never be.

Hernan Cortes understood this, which is why he burned the entirety of his army’s ships when facing defeat against the Aztecs in pre-Hispanic Mexico. He knew that if his men held the hope for a way out if not victorious, they would not perform as fiercely as needed to secure the win. So, he burned them. This is a tale about how performance can be enhanced at any level when poor performance can lead to a catastrophe.

In a company, that means bankruptcy ... but what if somehow that company was suddenly faced with quasi-unlimited resources? There is no mess-up that can’t be artificially fixed. Whether this makes economic sense from an IRR perspective or not is irrelevant, as none of the investors that provided said cash depend on the viability of the business to make a return.

Things need to be messed up to learn and create new things, absolutely. It is an entirely different thing for resources, as we have witnessed, to create toxic dynamics across people and organizations that enable squandering and artificial existences, making us believe that the lack of problems comes from our “out of this world” intelligence and wit, and not from smothering them with cash. Give any man a pile of money and life might prove to be perfect for a time … until it runs out and more is needed; or worse, it needs to be generated...What a strange concept.