On Nov. 22, 2021, Mexican telecommunications giant, América Móvil, announced via a press release that its shareholders approved “an increase by MX$26 billion (US$1.2 billion) in the balance of AMX’s buyback program fund for the period April 2021-April 2022.” América Móvil also announced the appointment of Claudia Jañez Sanchez and Gisselle Moran Jimenez as independent members of AMX board of directors, which included Chairman and Mexican billionaire Carlos Slim.

The following day, América Móvil announced it completed the sale of its 100 percent interest in TracFone Wireless, the largest mobile virtual prepaid service operator in the US, to Verizon. América Móvil stated via a press release, “AMX received the closing consideration of US$3.6 billion in cash, which includes US$500 million of customary adjustment for Tracfone’s cash and working capital, and 57.59million shares of Verizon stock.” The deal was “subject to Tracfone continuing to achieve certain operating metrics (earn-out),” in which case Verizon committed to pay up to an additional US$650 million within 2 years.

The US Federal Communications Commission (FCC) approved the Verizon-TracFone Transaction subject to conditions to protect consumers. “After rigorous review, the Commission found that the transaction, as modified by Verizon’s enforceable commitments, will make Verizon and Tracfone stronger providers of prepaid and Lifeline services.”

The FCC also published a set of conditions to address potential harms and to ensure the transaction would be in the public interest: that low-income consumers are protected from increase in prices; that Tracfone stays as a Lifeline participant; guaranteed affordable 5G devices’ availability; offering of services to underserved consumers; maintenance of existing Tracfone packages to its subscribers; providing customers, prepaid customers and non-English speaking customers services to Lifeline; and ensuring that customers are not left behind by the transition onto Verizon’s network.

Photo by:   Image by hpgruesen from Pixabay
Tags: 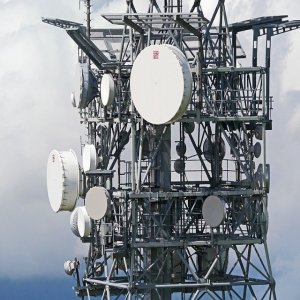