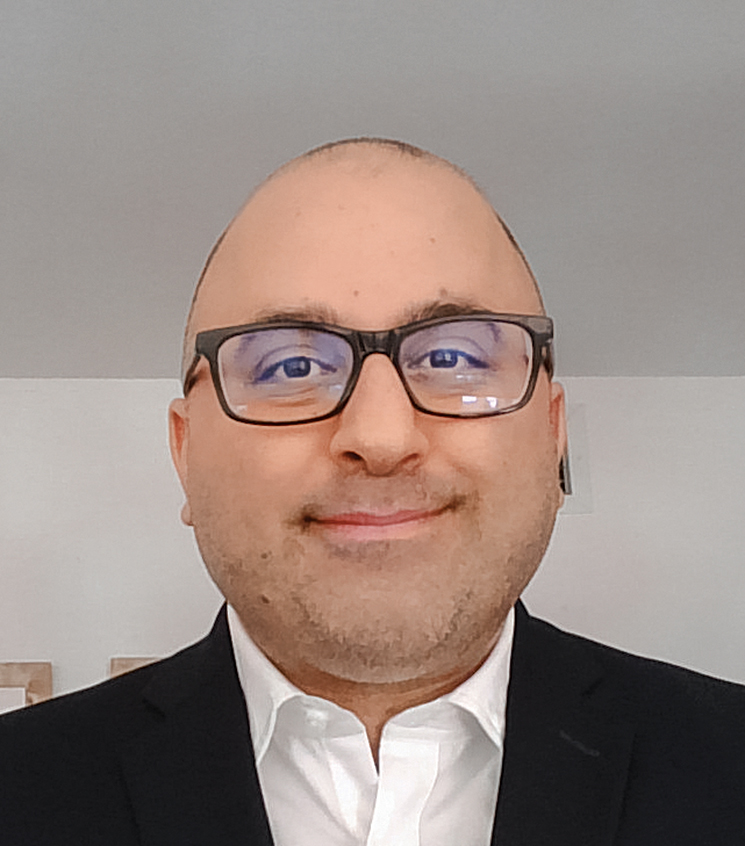 In December 2018, I was invited to dinner with some of the world’s largest Bitcoin holders. The “whales,” as they are known, competed with each other in predicting the ways in which Bitcoin would destroy or reform every known industry. The main target was banking, which the largest whale claimed would be wiped out imminently because Bitcoin could be lent from one user to another without a middleman. I proceeded to remark that banks are not just middlemen – they propagate money by lending out multiples more than they take in through deposits. The whale had not thought of that caveat and could not think of a mechanism whereby Bitcoin could replicate the leverage provided by banks. Their other prognostications were just as ill-thought-out.

Today, Bitcoin’s most ardent proponent is Michael Saylor, the founder of Micro Strategies. Saylor is not new to financial fame. In the late ‘90s, he was charged by the SEC with fraud and incurred the largest penalty ever assessed (outside of insider trading) for having presented his company’s losses as profits. Saylor has remarkably managed to remain the CEO of Micro Strategies, a software company that has seen its revenues decline by 10 percent since 2015, and operating profits by 75 percent. Yet, over that same timeline, shares in Micro Strategies (MSTR) have nearly quadrupled as the company has taken on leverage to buy Bitcoin. Saylor claims that Bitcoin will become a widely adopted currency going forward. The problem is that currencies need to be stable to be usable – and Bitcoin is over 10,000 times more volatile than any western currency. When presented with this fact in a recent Real Vision interview, Saylor retorted that “volatility is vitality,” which may be the most absurd claim in the history of finance. You might as well say, death is breath.

While I do concede that BTC’s price may increase in the short term, I believe that its actual value is zero, for the following reasons:

Bitcoin prophets claimed years ago that Bitcoin would have become a currency by 2020, but that has not happened, and never will, for the following reasons:

Any successful currency needs to remain largely stable in value against a typical basket of goods and services in its local jurisdiction. Throughout its life, Bitcoin’s volatility has exceeded that of Western currencies by a factor of over 10,000. Consumers prefer to plan their purchases based on need rather than their currency’s gyrations. Bitcoin’s volatility has ensured that it never gains traction as a currency.

A Bitcoin payment takes as much time and energy as 33,000 credit card swipes, which again renders it unusable. The first purchaser who tried to pay for his Tesla with Bitcoin(s) could not complete his transaction in the 30-minute payment window allotted by Tesla as the Bitcoin transfers can take much longer than that. Imagine waiting 45 minutes to pay for a bottle of water with Bitcoin!

Janet Yellen noted in January 2021 that Bitcoin is used, "at least in a transactions sense—mainly for illicit financing." As an unregulated product that purports to be a currency, Bitcoin is well known as a facilitator of money laundering transactions. David Green of Real Vision recently concluded that up to 40 percent of all Bitcoin transactions (used to settle the purchase of goods and services) are fraudulent.

Because of its currently fixed supply (there can only be 21 million Bitcoins in the world). There simply are not enough Bitcoins for consumers to conduct their affairs with this flawed invention as “money.” Moreover, a New York Times Article on Jan. 13 argued that 20 percent of Bitcoins are already lost forever (due to password loss, crypto wallet loss, etc.). Bitcoin prophets will point out that the rules could be re-written by Bitcoin owners, and more (and potentially limitless) numbers of Bitcoins could be minted – but then that would destroy Bitcoin’s claims of limited quantities, and would lead to an inevitable and catastrophic decline in the price of Bitcoin.

Without a backing sovereign, Bitcoin is destined to become the weakest currency in the world. A currency is a medium of exchange for goods and services within the boundaries of a sovereign that has the sole power to emit that currency, the power to collect tax revenues denominated in that currency and sole right to the use of force within its boundaries (often to collect due taxes). Every country in the world is understandably protective of its monetary ecosystem, and no country will allow the Bitcoin bros’ invention to usurp their own money within their boundaries.

If Bitcoin were to ever gain wide acceptability and get used as a functional currency within say, the United States, the government has made it clear that it would crack down on the practice and install regulations which would in essence render Bitcoin impractical to use and worthless.

Faced with this inevitable prospect, crypto bros now claim that Bitcoin is a store of value. This new assertion is also false as Bitcoin is destined to be relegated to the garbage bin of history as the first, most toxic, and ultimately worthless of cryptocurrencies.

Bitcoin, as the prototype of cryptocurrencies, contains many technical flaws and shortcomings that guarantee it will not be the preferred digital store of value going forward. Other, less flawed cryptocurrencies (such as ether) must over time overtake Bitcoin as stores of value, only to be replaced in turn as a better designer crypto comes along. Ultimately, every sovereign nation will emit their own cryptocurrency (e-dollars and e-pounds), and will heavily regulate and eliminate the usage of all other cryptos within their borders.

Below are some of the problems with Bitcoin as a store of value:

Ninety percent of Bitcoins are mined (or hashed) in China, Iran and Russia – three countries that are not concerned with the financial well-being of Western consumers. Over 50 percent of the Bitcoin nodes (which must register all transactions in order for the ledger to be universally accepted) are based in China, where most BTC is mined. If China wanted to, it could literally destroy Bitcoin as an entity. Most Bitcoin traders who claim to have lost faith in the Western monetary system probably do not realize that they are placing this faith in faceless Chinese, Iranian and Russian Bitcoin farmers.

Furthermore, China controls over 50 percent of Bitcoin mining, which means that it could do a 51 percent hack, which in turn would allow it to re-order blockchain transactions, double-spend the same coins and basically erase the value of Bitcoin.

Ninety-five percent of all Bitcoin is held by the top 2 percent of holders, which makes it very difficult if not impossible for whales to exit their holdings without dramatic drops in the price of Bitcoin. In light of this, Bitcoin whales and evangelists are desperate for new, and larger buyers of their ill-conceived invention, and keep soliciting large corporates to allocate part of their holdings to Bitcoin. Without an ongoing and greater stream of fools piling into Bitcoin, the crypto is sure to crash, and reach its fair value of nil.

If you wish to buy Bitcoin, you must register with a cryptocurrency exchange platform like Coinbase, which in turn conducts extensive KYC (know your customer) due diligence to ensure acceptable provenance of funds. Then you can use dollars or other currencies to purchase cryptocurrencies. Bitcoin buyers who do not wish to be subjected to this intrusive level of diligence (I’ll leave it to the reader to think of reasons why that may be) must wire funds to unregulated offshore exchanges that do not have banking relationships in the US and use their dollars to buy “tethers,” which are emitted by a central agency that purports to issue one tether per dollar taken in.

However, it is clear that many more tethers have been emitted than there are dollars backing tethers. Indeed, the issuer of tether is banked by Deltec in the Bahamas. While we cannot know what the US dollar deposits of the bank are, we do know that the US dollar holdings of all banks across the Bahamas increased by $600 million (with no meaningful outflows) from January 2020 to September 2020, while the total issued tethers increased by 5.4 billion. Currently, we seem to have at least $25 billion more tethers than we have dollars backing the latter.

Over 50 percent of all Bitcoin transactions are settled in tethers currently. If all holders of tethers were to convert the latter into dollars, the system would be sure to collapse. Given its foundation is on such evidently shaky and fraudulent grounds, we do not expect Bitcoin to maintain much value over time.

A recent study by MIT shows that Bitcoin mining generates 22 to 23 megatons of carbon dioxide, slotting the operations between the nations of Jordan and Sri Lanka in terms of greenhouse-gas pollution. Furthermore, the energy spent on updating and upkeeping Bitcoin ledgers at all the different nodes around the globe is enough to fuel Luxembourg. And all this for an ill-conceived creation that is all but guaranteed to be worthless over time. Any ESG will avoid Bitcoin like the unfolding ecological disaster that it is.

Bitcoin’s most ardent supporters see it as an instrument of financial freedom: a unit of currency and store of value that cannot be diluted by the government and allows for the exchange of private transactions.

Some of this was true before the US government began to regulate. Now, Americans who hold cryptocurrencies must declare their holdings and transactions (over $5,000 in value) – so long privacy! More worryingly, governments around the world have announced that they will emit their own crypto currencies, which means that in time the government will know exactly how many dollars (or euros or yen) you have, where you hold these, and how and when you spend it. Those who are frustrated by this loss of financial privacy had better remember the crypto evangelists who paved the government’s path to complete oversight on our wallets and savings.

The Dutch tulip mania in the 1630s set the standard for monetary excess – at its height, one could buy a mansion on the Amstel in exchange for one tulip. In great contrast to Bitcoins, Tulips actually capture carbon. They are also beautiful, and those of orange and apricot shade are often fragrant. Bitcoin holds no visual or monetary appeal. Even the intellectual merit of Bitcoin’s blockchain protocol dims in contrast to its technological imperfections and environmental impact, not to mention that it has struggled to find an actual use. Indeed, its proponents increasingly claim it was never meant to be a currency, but a store of value. I have no doubt that Bitcoin’s price will eventually converge with its value, which lies between zero and an important negative amount should Bitcoin holders be held responsible for their accursed invention’s carbon emissions. The most financially-savvy expert on Bitcoin seems to agree: upon its IPO, Coinbase’s CFO Alesia Haas proceeded to sell not just as many shares as she could, but every single share she owned. She sounds like a brilliant woman who can well appreciate a tulip.

2
Entrepreneurs
What Is the Fundraising Situation for Startups In 2023?