Change of Habit Required for Wellness

Maintaining general wellness is the key to prevention, a vital issue for lowering the chronic disease burden in Mexico and improving the general health of the population. Accordingly, improving eating habits can make an enormous difference to health and to public expenditures. This is increasingly relevant than Mexico, which holds one of the top spots worldwide for both adult and child overweight and obesity.

“Overweight and obesity in children is more serious than these issues in the general population. However, children suffering from these problems almost certainly will continue to do so in adulthood. Childhood overweight and obesity are also more difficult to solve. They are still growing, so restricting nutrition is not as simple as in adults,” says Carlos López, Director General of Medix, a company dedicated to fighting overweight and obesity since 1940.

The 2016 ENSANUT report shows that Mexicans are not only overweight, they are unaware of it and do not know correct alimentation or exercise requirements. With Mexican nutrition being largely insufficient, companies are capitalizing on this opportunity to provide the market with vitamin supplements or complements. Those whotrend toward healthy eating also often avoid chemical medicines, leading to a resurgence of natural remedies and herbal products. Although COFEPRIS has cracked down on these sectors in recent years to guarantee the safety of patients, it is now emerging as a viable alternative for public institutions with budgets bursting at the seams.

The OECD reports that in 2012 over 71 percent of the Mexican population was either overweight or obese. It also reports that in 2013 Mexicans were consuming 3,072 kilocalories per capita per day. “Behavioral change is the key to reducing the disease burden of obesity and diabetes, the leading cause of disease and healthcare spending,” says Paul Doulton, Founder and Managing Partner of Oriundo, a consultancy composed of former CEOs that helps new entrants to Latin American pharmaceutical markets.

Obesity is a risk factor for T2D, which in turn is caused partly by poor nutrition. Maintaining healthy eating habits can make an enormous difference to health and to the amount of money spent on health matters.

“ENSAUT 2016 was representative of how people see themselves versus how they are. The health side is more complicated, as often people do not feel ill. By posing overweight and obesity solely as a health problem, people do not identify with this. We have therefore taken a different approach, focusing on aesthetics and wellbeing. We ask patients if they would like to change their image,” says López. 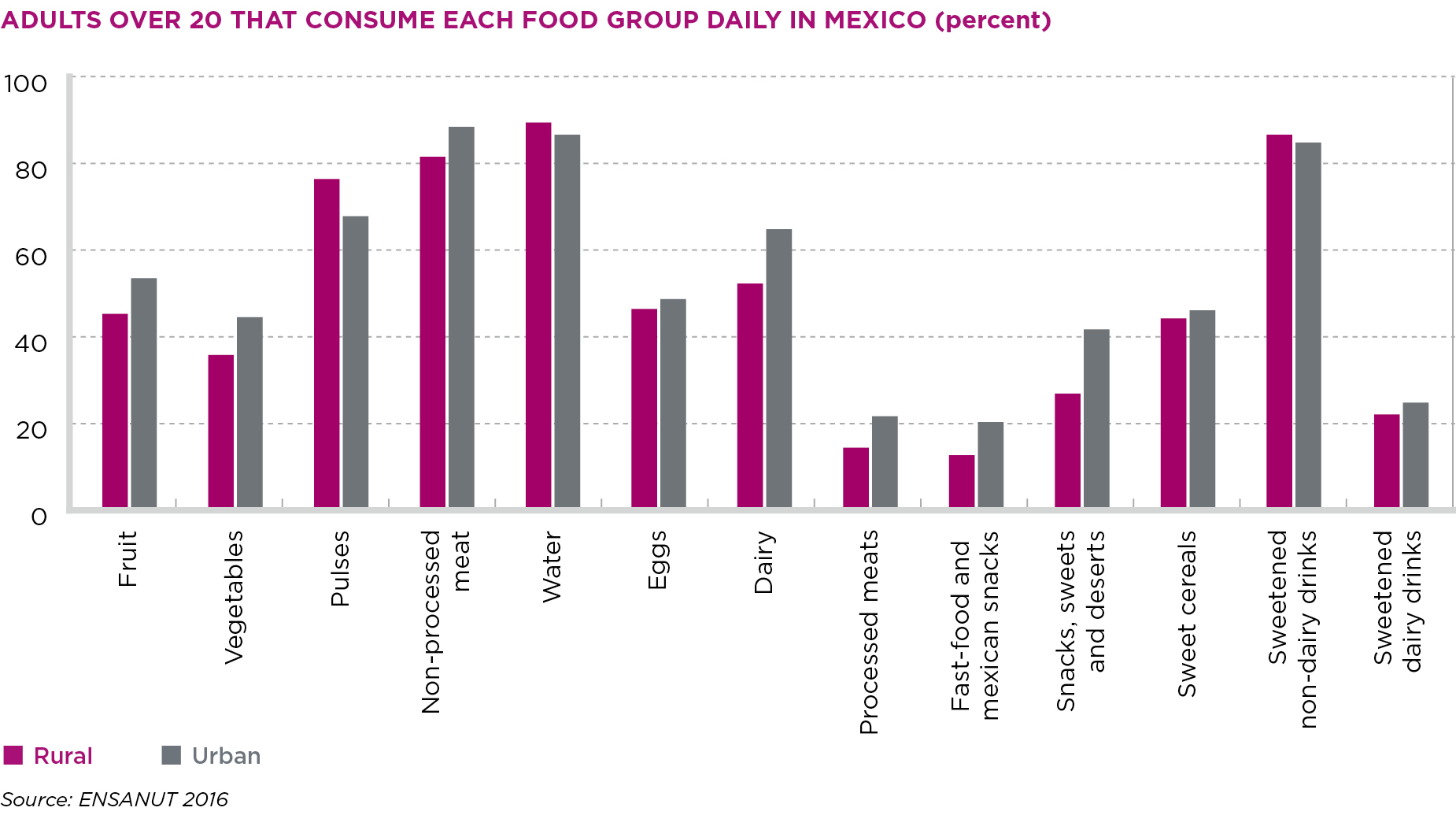 Another area of health often associated with aesthetics is dermatology. A person’s skin condition is also greatly impacted by the food consumed and is an external show of wellbeing. With many Mexican cities plagued with high levels of pollution, protection from such external damage is vital. A 2015 MicroMarketMonitor report pegs Mexico as the fastest growing country in the North American dermatology devices market with a compound annual growth rate of 9.8 percent from 2014 to 2019.

“People need to protect their skin against pollution, even indoors where it can sometimes be more polluted because people are crowded into a room or working long hours under artificial lighting, among other factors. It is necessary to use anti-oxidants to protect the skin against this,” says Adriana Azuara, CEO of All4Spas and Agave Spa. 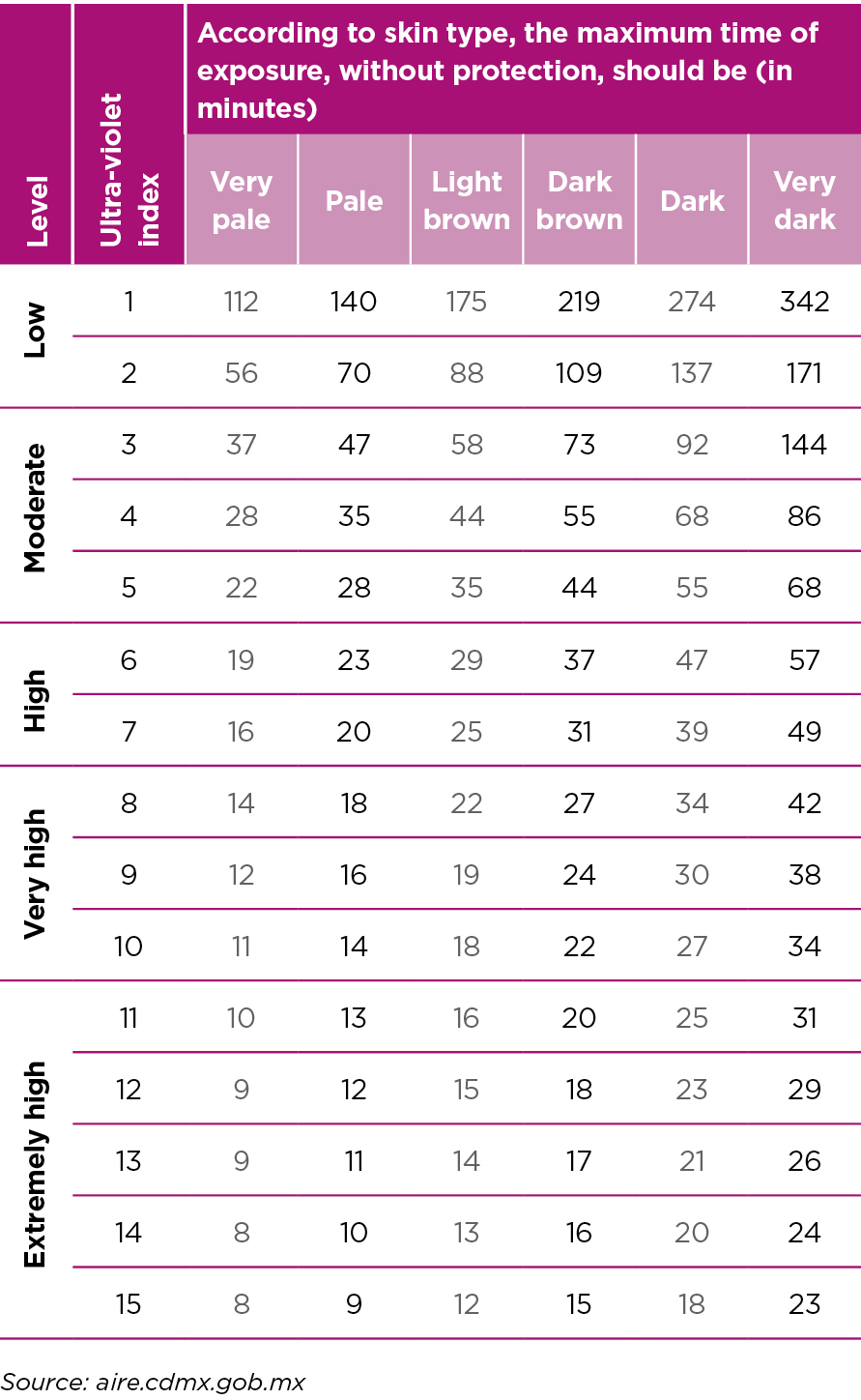 El Financiero reports that there are 1.9 sports clubs in Mexico per 100,000 inhabitants, compared to 8.8 in Brazil and 12.4 in Argentina. However, experts argue that there is no access issue to physical fitness because, although top-end gyms are few and out of the average Mexican’s price range, walking and running in the street is free. In addition, many state ministries of health have been implementing free outdoor gyms in cities, although their use is not recommended when pollution levels reach excessive heights.

Despite these issues, life expectancy in Mexico has increased steadily in recent years, reaching an average of 75 years in 2016, 72.3 years for men or 77.7 years for women. 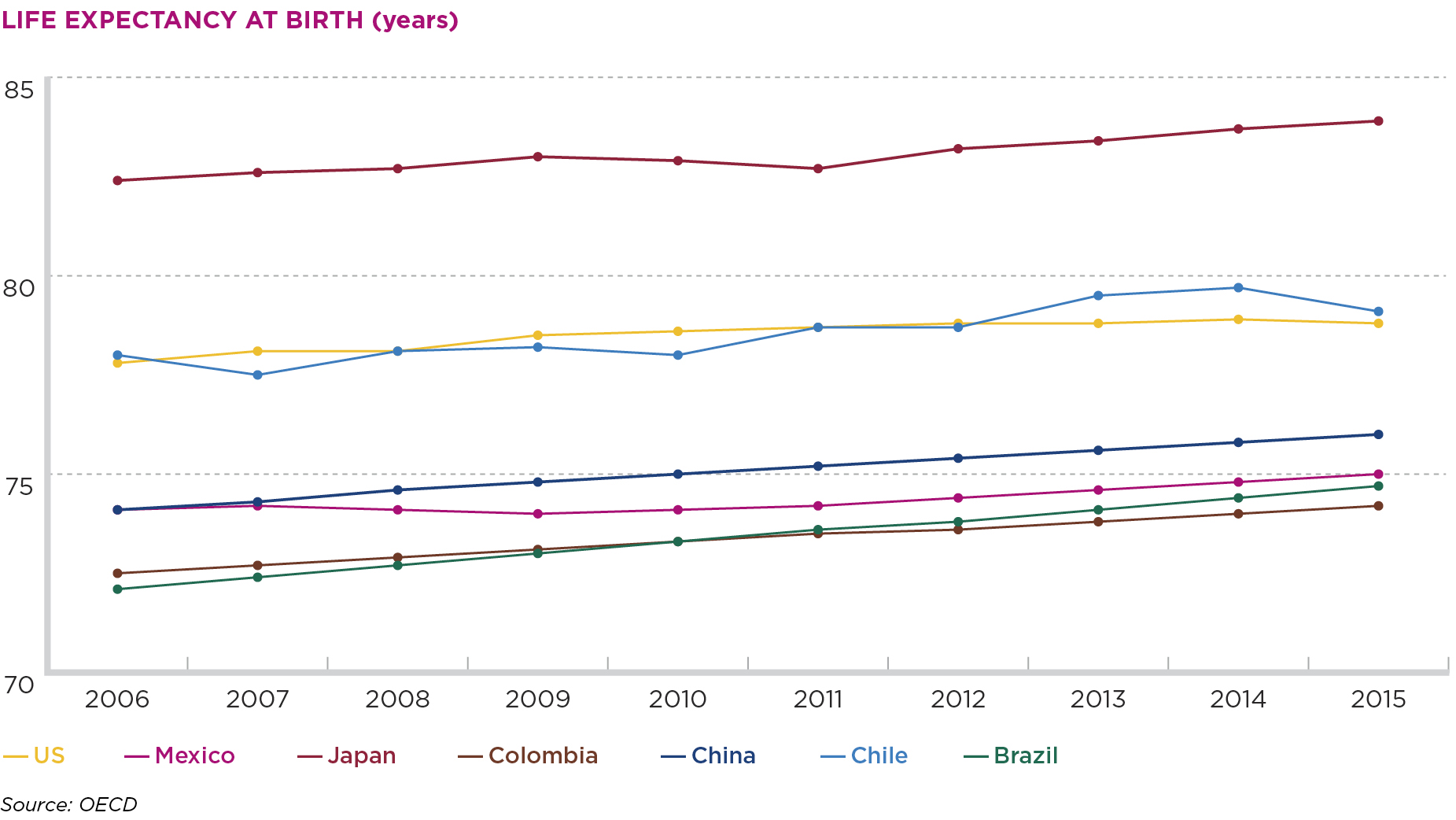