The Federal Commission for the Protection against Sanitary Risks (COFEPRIS), ruled the authorization for the emergency use of Cuban developed Abdala vaccine, a recombinant protein of the domain of binding to the SARS-CoV-2 virus receptor.

The Abdala vaccine was developed by the Cuban Center for Genetic Engineering and Biotechnology, during trials, the vaccine showed an efficiency of 92.28 percent in its three-dose scheme. Doses should be stored in an environment between 2 to 8 degrees Celsius and these are approved for active immunization in adults, ruling out administration to children under 19 years of age and people with hypersensitivity.

COFEPRIS’ authorization is part of the National Health Regulation Strategy, which allows reviewing and giving access to the greatest number of medicines and medical equipment, as long as the quality, safety and efficacy of the product are verified, explained the regulatory body. With this authorization, Mexico has approved 10 COVID-19 vaccines to be applied in the country.

This initiative is part of Mexico’s efforts for universal immunization against the SARS-CoV-2 virus. So far, the Ministry of Health has authorized booster shots for the population, which are already being applied to citizens over 60 years old, with the rollout continuing on 2022.

Today, 592,020 vaccines have been received, for a total of 51,228,645 sent by Pfizer-BioNTech since December 23, 2020. This Friday arrives the last shipment of the year from Pfizer-BioNTech with 204,750 doses, acquired by the Government of Mexico to protect the population against the SARS-CoV-2 virus.

In spite vaccination efforts, poor preventive protocols to stop contagion have resulted in a considerable increase in daily infections for the past week in Mexico. The figures for December 29 (5,290 new infections and 188 deaths were registered on the last day) it is the highest figure since October 15 when 5,203 cases were reported.

Just days prior to the announcement of these novel figures, Minister of Health Jorge Alcocer had spoken of a low rate of contagion even during the holiday season, thus, no new health protocols were being enforced despite a global resurgence of COVID-19 cases across several countries as a result of the highly contagious Omicron variant.

The true impact of the Omicron variant is yet to be determined by the nation’s hospitals and its occupancy, which so far, presents a two percentage points increase (from Dec. 16 to Dec. 29) of the general hospital occupancy. Fifteen percent of the general beds to treat COVID-19 patients are being used, while the occupancy of beds with a fan remains at 11 percent. Deputy Minister of Health, Hugo López-Gatell, had already warned that this variant is more transmissible than the previous ones, “we will see more cases, nevertheless, fewer hospitalizations.” 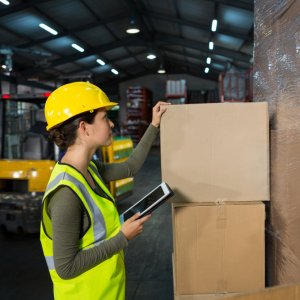