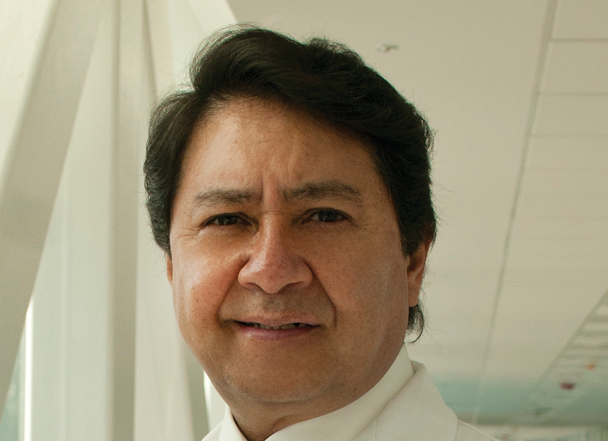 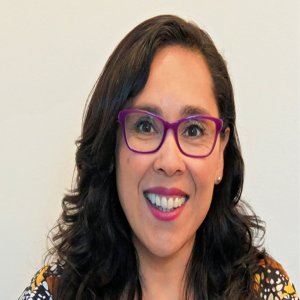 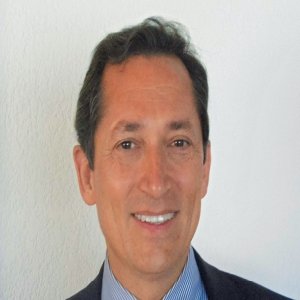 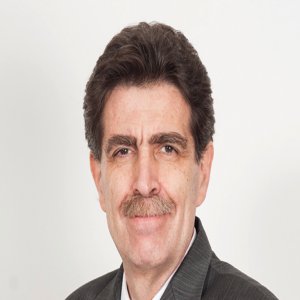 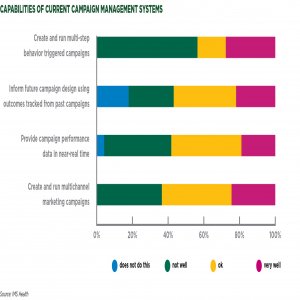 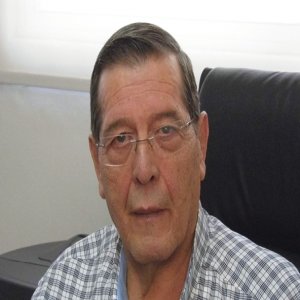 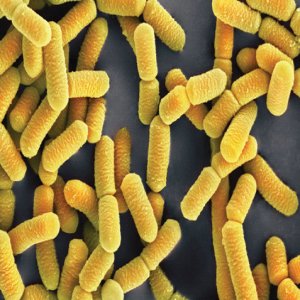 Q: How has the INCAN evolved over the years?

A: I have worked for INCAN for more than 32 years, the past two as Director General, so I am fully aware of the institute’s evolution. INCAN was created in 1946 with goal of educating oncologists, providing excellent patient care, and performing research on many cancer related areas in Mexico. Research is what differentiates institutes from hospitals. In 1982, when I arrived at the institute, it was a strong institution for education and patient care but not for research. Through the years this has changed. At this point the institute focuses more on applied research as our goal is to find solutions that may help patients as soon as possible. Our main research lines focus on the most frequent types of cancers in the country such as breast, cervical, prostate, colon, lymphoma, ovary, and pulmonary cancer. Over the last few decades, INCAN has defined itself for its academic relations with foreign institutes, including MD Anderson, Houston Cancer Center, the Broad Institute, ICO Barcelona, and Harvard School of Medicine. INCAN is a decentralized institution that receives patients without public or private insurance, so between 30%-40% of our patients abandon treatment due to the high costs of medications.

Since the introduction of Seguro Popular, we have increased the rate of covered patients. Ten years ago only 4% of our patients were able to receive the best available care. The reason for this is that only half the population has access to medicine through social security. The other half does not have any type of health insurance and they often cannot pay for it. Seguro Popular covers some types of cancers and keeps increasing the number of diseases covered every year. In 2005 it covered cervical cancer, in 2007 breast cancer, then lymphoma, testicle cancer, prostate cancer, bone marrow transplants, and colon cancer. Now, 36.5% of the population has full coverage giving them access to the best available treatments. INCAN was introduced into Seguro Popular in 2005 which has allowed the institution to increase the number of patients and their adherence to treatment, reducing treatment abandonment to less than 3%.

Q: How has Mexico’s epidemiological profile evolved over time?

A: We have noticed a fluctuation in the frequency of some types of malignant tumors. For example, cervical cancer was historically the most frequent malignant neoplasm. However, from the beginning of 1990, prevention and diagnostic programs were intensified reducing this type of cancer. The increase of the hypercaloric diet which raised overweight and obesity levels to more than 70% of the population, alongside diminished physical activity and increased alcohol consumption, led to an increase in breast cancer. Another large factor is the rise of non-communicable diseases which killed 40% of the population in 1980, but now represent 80% of death causes. The rate of several types of cancer can be lowered through lifestyle changes as many of them are related to smoking and to the consumption of red meat, processed foodstuffs, and soft drinks instead of fruits, vegetables, and cereals. Other factors are the exposure to viral agents such as hepatitis B and C. For those reasons, INCAN is currently promoting the “Programa Integral de Prevención y Control de Cáncer” (Integral Program for Cancer Prevention and Control, PIPCC) to address risk factors that can be modified in order to reduce the incidence of these types of cancer.

A: INCAN provides support in several areas, including helping patients to acquire medications, medical equipment, and supplies, and providing them emotional and psychological support. For example, we have a program denominated “Unidades Funcionales” (Functional Units) which has allowed us to improve attention, reduce waiting times, and increase the systematization of INCAN’s patient registries. The study of the specific characteristics of every patient has allowed us to develop more research protocols and incorporate more patients. After determining that most patients of ovarian cancer were young but were already in advanced stages, a group of doctors gave a proposal to the Chamber of Deputies which allowed us to create a functional gynecological oncology unit. A group of Deputies helped us gain a MX$5 million (US$333 million) budget for this unit, which was subsequently raised to MX$11 million (US$733 million) in 2012 and now comprises about MX$35 million (US$2.3 million). This has allowed us to cover about 700 patients on all stages of the disease, besides providing them rehabilitation. The “Centro de Apoyo de Atención Integral” (Support Center for Integral Attention) provides quality psychological therapy for patients and their families, reducing the hardships in facing the disease and its collateral effects. For patients who have survived this disease, INCAN has created a program called “Supervivientes del Cancer” (Cancer Survivors) which aims to create a registry of patients who have survived for more than five years. This registry aims to collect information on the characteristics of the patients, their life quality, and integration to their work and society. It also collects information on relevant legislation. Cancer survivors commonly present side effects which alter their physical appearance and cause them to be discriminated by society,. For instance they can lose their jobs, be rejected by their own partners, and may become unable to obtain health insurance. We are focusing on creating research policies and to generate legal and emotional support for patients subscribed to this registry. The stories of survivors can prove to cancer patients that cancer does not equal death.

Q: What other projects is INCAN developing?

A: We have several strategies to support the population at a national level. Some of them are the development of a national registry based on the population, the “Cancerotón,” and the PIPCC. The country has some hospital and histopathological registries, but it never has had a national registry of cancer patients. A registry of this kind would allow us to determine incidence rates (new cases per 100,000 habitants), gain information on the state of different malignant tumors and their evolution over the years, and to register mortality for every new case on an annual basis. We began this registry on Merida, Yucatan, and we hope to see our first results by mid-2016. With the help of the International Agency for Research on Cancer (IARC) we are going to develop the second registry of this kind on Guadalajara, and afterwards on Monterrey. Having information on these three cities will allow us to have a representative sample of the incidence of cancer in Mexico. This registry collected information from local health institutions, including IMSS, ISSSTE, SEMAR, PEMEX, and SEDENA, and it will enable us to generate public policies aimed to control cancers and tumors. The program “Cancerotón,” created through INCAN’s patronage, aims to bring information regarding cancer to the general public and to collect financial resources to acquire equipment or develop specialized clinics aimed towards early diagnostics of breast, cervix, prostate, and colon cancers, as well as tumors on the esophagus cardia union. This program will also allow states with good infrastructure to implement a clinic for hereditary cancer in order to develop research lines for cancer prevention. The final goal is to actively engage the public to make them aware of the importance of cancer prevention. These events are meant to be undertaken twice per year in states where these programs are viable, and we have received several requests from states interested in incorporating “Cancerotón.”

Q: Is INCAN authorized as an Enabled Unit to facilitate the approval process for clinical studies?

A: Yes, we belong among the Enabled Units and we are already offering services for clinical trials. To this date we have supported seven different projects on their pre- approval stage. We believe this area will grow exponentially mainly because we are improving our infrastructure. We now have a new hospitalization area and a unit for bioequivalence studies and clinical studies in phase I. These units will bring investments from international pharmaceuticals, reinforce medical attention, and generate new research projects. Before the creation of the Enabled Units, the approval process for clinical protocols took about 12 months. Now this process has been halved, which will stimulate investments in this area.

Q: How is INCAN helping promote prevention and early detection for patients?

A: Following the Presidential initiative to develop the PIPCC, INCAN began a series of meetings from 2008 to diagnose the state of cancer in Mexico. INCAN has begun to coordinate alongside specialists of different Health Institutions to establish this program and diagnose the state of the infrastructure of oncological units, equipment, and human resources, among others. This is being elaborated by an intersectoral board taking into account the objectives of the institute for prevention, timely diagnostics, treatment, rehabilitation, and palliative care for cancer patients. Nowadays, from 60% to 70% of malignant tumors are diagnosed at advanced stages. For example, breast cancer in Mexico is only diagnosed early 10% of the time, while in the US 60% of breast cancer cases are diagnosed at early stages. Stomach cancer is another example, as in Mexico it is diagnosed early only on 3% or 4% of cases while in Japan is diagnosed early 90% of the time. A late diagnosis of cancer can be catastrophic for the economy of patients and their families, and for the public sector. Our strategy focuses on prevention and timely diagnostics to prevent the progression of this disease. If this does not happen, many resources are invested on patients in advanced stages that have a low opportunity for remission. Our current priorities are to consolidate medical attention, professionalize oncology education, establish the “Colegio de Investigadores” (College of Researchers) to define their main research lines, and strengthen human resources for chronic non- transmittable diseases. We are also going to strengthen our campaigns on several topics, including smoking and obesity and the exposure to viral agents and pollution.

IP Protection an Area of Opportunity in Mexico