Providing universal access and coverage remains one of the greatest challenges of healthcare in Mexico. The public sector covers most formal employees through IMSS and the Seguro Popular, an institution dependent on the Ministry of Health, provides insurance for those working informally. Those who can afford it buy private insurance, although penetration rates are low in Mexico: 3.27 percent according to the Encuesta Intercensal 2015.

“The market in Mexico is small because to have private health insurance people must pay twice: once to social security and then to their private insurance. Other countries such as Chile and Colombia have reformed their systems and integrated the private and public sector. However, despite its small size, it remains an attractive market as there are 8 million people privately insured in Mexico,” says Ricardo Casares, Vice President of PartnerRe Health Latin America.

Some states see higher rates of overall coverage than others: San Luis Potosi, for example, an industrial hub with many manufacturing workers paying public contributions, has the highest rate of overall healthcare coverage in the country with 89.53 percent of the population affiliated to a certain service. Similarly, Nuevo Leon and Campeche have rates of 87.88 and 87.84 percent, respectively, while the lowest rates of overall coverage are seen in Michoacan, with 74.03 percent, Mexico City with 78.49 percent and the State of Mexico, with 78.69 percent. Conversely, Mexico City appears among the top three states for penetration of private insurance along with Nuevo Leon and Baja California. The country’s capital has many informal workers with no access to healthcare but also hosts a large number of corporate headquarters that buy policies for their employees.

In states with oil rigs and workers, insurance coverage rates from institutions such as PEMEX, SEDENA and SEMAR are highest: Tabasco (5.22 percent), Campeche (3.96 percent) and Veracruz (3.68 percent).

Employers are increasingly recognizing that sick workers are not productive and that presenteeism is just as costly as absenteeism, creating a financial burden. The Chamber of Deputies reports that from January to September 2016, absenteeism cost the Mexican economy MX$1.65 billion (US$91 million). It estimates that presenteeism, though difficult to measure, causes losses 4.5 times greater. Due to the prevalence of chronic diseases in Mexico, it is thought that by 2030 economic losses due to poor worker health will reach 6.3 percent of GDP. For this reason, companies are keen to take out insurance policies for their employees, also providing opportunity to incorporate innovative models.

“The most important trend in insurance is prevention. This concept is gaining momentum and companies are implementing several strategies to participate in this emerging area. There is a small percentage of the population that is sick and there is another small percentage that is healthy. In this demographic, there are sub-segments: people who are disposed to developing diabetes, for example, or those who engage in some kind of physical activity but not consistently. Although there is still a long way to go, we have noticed that a significant percentage of the population is aware of prevention. Companies are offering insurance to attract and retain employees and by implementing prevention and wellness, they are reducing their costs. By reducing stress levels, fewer people will need to use public health services due to illness. It is a win-win situation," says Omar Viveros, Director of Health & Benefits at Willis Towers Watson, a global insurance broker.

Although reinsurance is a market dependent on the insurance market, it also relies on the particular risk culture of that market. “Brazil has almost double Mexico’s population, so by simple numbers, this doubles the need for direct insurance. However, companies in Brazil prefer to retain much of their risk and what reinsurance does exist pertains to a system that was previously a monopoly. Mexico has roughly half the population of Brazil but we provide double the reinsurance volume, which makes Mexico the most important market for reinsurance in Latin America,” says Mario Carrillo, Regional Director of Mexico, Central America and the Caribbean for global reinsurer, SCOR Global Life SE.

In this context, small insurance companies are making their way to market, looking to provide coverage for those completely uncovered or unhappy with public-sector insurance. “Our idea was to become the largest hospital network in Mexico even though our bed average is only around 34 per hospital. Instead of being the largest hospital network we want to become the first private healthcare system in Mexico. We wanted to save patients money and avoid out-of-pocket expenditure,” says Javier Potes, President of the Conscorcio Mexicano de Hospitales. However, there is still a bridge to gap as over 17 percent of the population, or some 20.3 million Mexicans, remains without any type of medical coverage, according to the Encuesta Intercensal 2015.

“In Mexico there is a weak culture of insurance, investing and risk management, which means people need to be educated. In addition, insurance companies need to ensure they have a product offering for the middle and low socioeconomic segments. Some insurance companies are strategizing to enter this market, perhaps by creating products that offer new types of coverage or by working with special providers. They need to segment this market in a way that is attractive but affordable,” says José María Ostos, Associate Partner at McKinsey & Company.

However, despite the challenges the sector presents, many remain optimistic about its future. including Manuel Escobedo, the President of the Mexican Association of Insurance Institutions. Mexico faces major challenges in its health system, especially chronic-degenerative diseases. However, it is possible to turn these challenges into opportunities thanks to the work of society and the public and private sectors. We firmly believe that Mexico has important elements: the country is the world’s 15thlargest economy and ranks 11th in terms of population size. It is about evaluating and realizing an appropriate strategic management,” he says. “We want to show the benefits that our sector can offer to expand the health coverage and the quality of the services that are offered.” 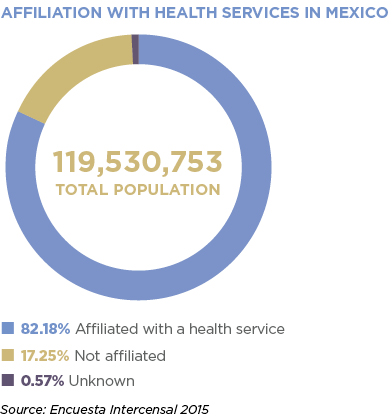 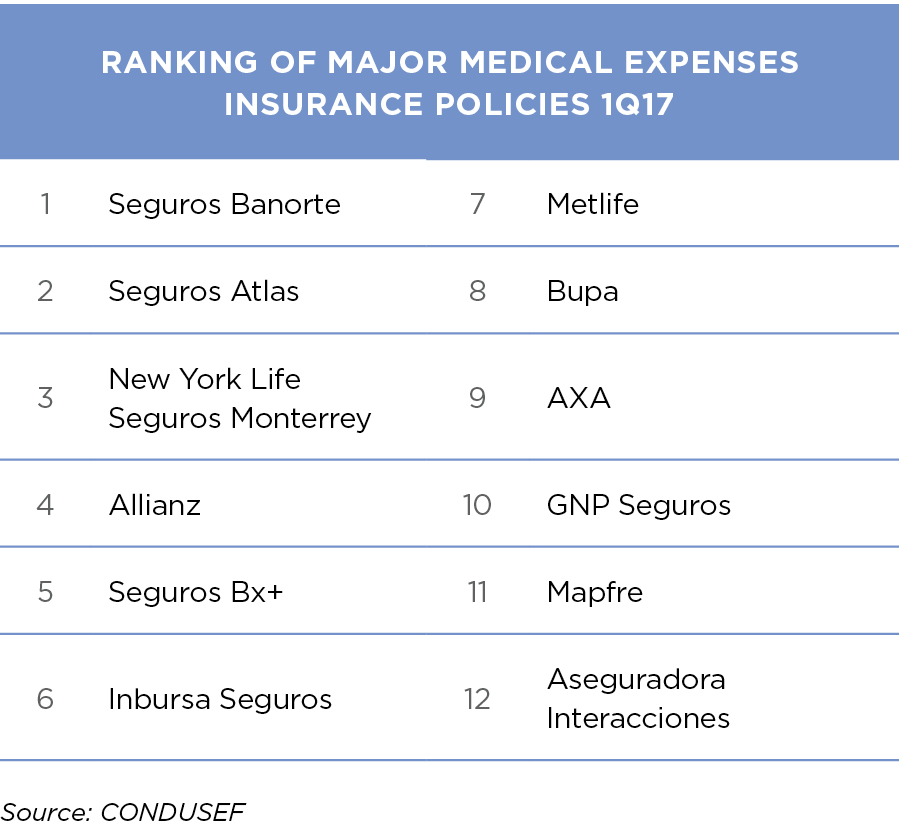