Lifestyle Changes: the New Approach for the Health Industry

Since the dawn of the 21st century, Mexico has made significant progress in health matters. Life expectancy has increased considerably, vaccination levels are closer to those of more developed countries, infant mortality has decreased and universal coverage has not stopped growing thanks to the implementation of programs such as Seguro Popular. All these efforts, however, must continue if Mexico wants to rise above the average of the OECD countries and mitigate what is considered a great global epidemic: obesity, a disease that is related to the trinity of chronic noncommunicable ailments: cancer, diabetes and cardiovascular diseases.

According to the report Getting it Right: Strategic Priorities for Mexico published by the OECD, “the mortality rates of patients with cardiovascular diseases are particularly high in Mexico.” This study suggests this may be due to the fact that patients do not always receive adequate or on-time medical attention. The first point of medical care, therefore, becomes a key for Mexico to achieve the average ratio of the OECD countries.

Given this situation, the country’s influential institutions are taking action. Salvador Zubirán National Medical Sciences and Nutrition Institute, for example, is implementing new ways to attack diabetes, considered an epidemic by the Ministry of Health. “We are trying to implement a stronger approach to prevention at all three levels,” says David Kershenobich, the institute’s Director General. “Primary prevention aims to avoid the appearance of new diabetes or neoplastic cases. Secondary prevention takes place when the disease is already present so the goal is to stop complications from occurring. If a patient has diabetes mellitus, our objective is to prevent the development of cataracts, hypertension or other cardiovascular complications. Finally, tertiary prevention applies when complications are imminent and steps must be taken to prevent disease progression.”

But the key challenge may be in changing lifestyle habits that encourage the increase of obesity in practically all population segments. According to the Mexican Diabetes Federation, in 2030, 39 percent of the Mexican population will suffer from diabetes, a projection that will not decrease unless solutions are sought to increase physical activity among citizens, in addition to educating about nutrition, the main cause of the spread of diabetes in the country. The food industry, government and educational institutions must play a leading role in this necessary change since the percentage of citizens who consume fruit in Mexico, one of the world’s leading producers, is 43.1 percent, below the average of the OECD, which stands at 56.8 percent, while only 42.4 percent of adults over 18 recognize the importance of maintaining a physical routine, a number lower than that registered by the OECD in 2013.

These data are more worrying if physical exercise is analyzed according to schooling level. The higher the educational level, the greater the number of people who recognize importance of physical activity on a daily basis. Among adults over 18 years who have not completed basic education, the percentage of the population that performs exercise is 27.6 percent, while among those adults with higher education the percentage is 57.6 percent, according to the OECD. To alleviate obesity, Mexico has already taken action, such as imposing a tax on sugary drinks, but must also ensure the population’s access to healthy and nutritious food options, control the commercialization of products rich in salts, sugars and fats among children and support physical activity among citizens.

Prevention, then, must become the main protagonist of the Mexican health system in the coming years, pundits say and institutions such as ISSSTE are implementing programs in this regard. “It is necessary to continue the implementation of prevention campaigns that provide information about the consequences of unhealthy habits, since many chronic diseases can be avoided with adequate prevention. For example, ISSSTE has campaigns against smoking, a habit that reduces life expectancy by around 15 years and can lead to the most chronic ailments like diabetes, hypertension and cancer,” says Jorge Guerrero, Medical Director of ISSSTE.

José Campillo, Former CEO of Funsalud, agrees. “Establishing a preventive system and an efficient first point of attention is key. We must reinforce the authority of the health institutions over other economic sectors to control the health risks involved in their activities. There should be a National Health Council that invites all ministries to include in their plans chapters focused on healthcare. In addition, each government unit should report its improvements to the Ministry of Health,” he says. 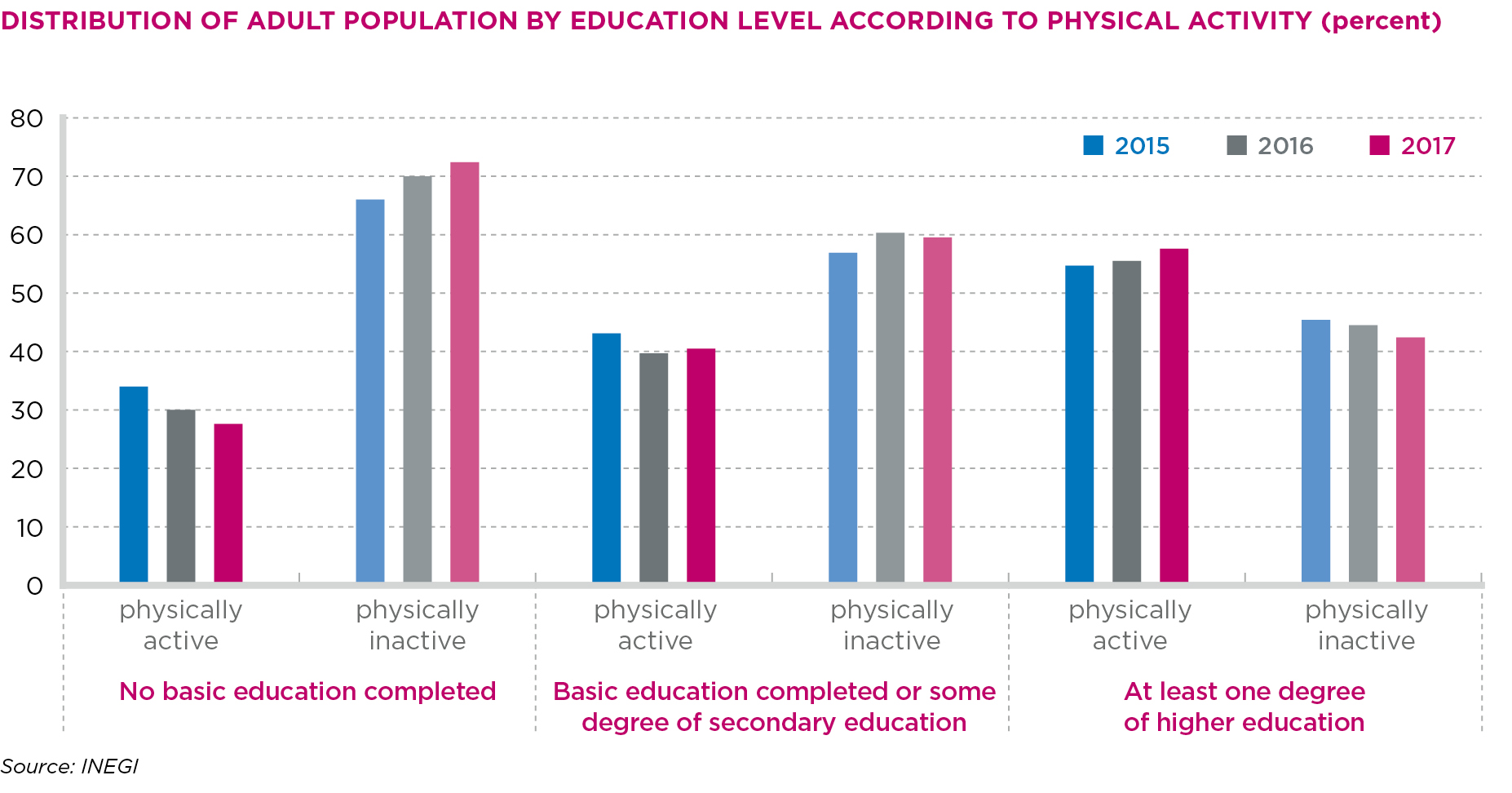 In Mexico the number of doctors has increased, but the public health system is unable to absorb the generated demand that now flows to doctors’ offices installed next to many of the country’s pharmacies. Pharmacies, therefore, have become primary recipients of primary care patients, becoming at the same time a key element to improve the country’s prevention in relation to chronic diseases.

“The current model of care requires visiting a doctor only when there is a problem, but it is necessary for medical professionals to switch to a preventive model,” says Marcos Pascual, Commercial Director of the Mexican Association of Pharmacies (ANAFARMEX). Private hospitals have also taken the reins of prevention as a result of the epidemiological change that Mexico is experiencing, which directly affects the private sector. This is what Roberto Bonilla, General Director of San Ángel Inn Hospital, believes. “The private sector should concentrate its efforts on improving access by increasing insurance policies as well as influencing prevention. To make this happen, insurance companies and hospitals must change their business models to lower insurance premiums and increase the possibility of people having access to private healthcare.”

Mexico has a difficult job ahead to adapt its health reality to the health priorities caused by epidemiological change in the country and it should be the public sector that leads the efforts through campaigns that affect prevention and a radical change in the life habits of their citizens, industry insiders say. A clear example of these efforts is the creation of the National Strategy for the Prevention and Control of Overweight, Obesity and Diabetes, which aims to “improve the welfare levels of the population and contribute to the sustainability of national development by slowing down the increase in the prevalence of overweight and obesity in Mexicans.” However, pundits say this should not be a solo effort but rather, action to prevent and control overweight and obesity should be carried out through the committed participation of all the players involved: the public sector, the private initiative and society itself.