Looking Back at Ten Years of Seguro Popular

The implementation of Seguro Popular in 2004 increased access to healthcare for all Mexicans. Prior to this, coverage was reserved only for those employed by the government, the formal sector, or individuals with enough economic resources to afford private healthcare. This system overlooked more than 50 million Mexicans who were either self-employed, unemployed, or working in the large informal sector. Today an increasing number of the population has gradually received essential medical coverage. In 2014 the program provided basic healthcare, hospital care, and preventive medicine to 55.6 million Mexicans. Certain medical services such as infant and newborn vaccinations were recently included through the Medical Insurance for a New Generation initiative.

The system is financed by the federal government in collaboration with the state governments, plus public contributions. One of the main goals is to provide inclusive access to otherwise unaffordable treatments. According to reports Seguro Popular has on average reduced expenses by 36.8% in general and by 51.7% for households in which hospitalization was required. The government has vowed to increase spending on healthcare from 7% to 10% of total expenditure to maintain and further improve the level of medical care of the Seguro Popular. Since its introduction, life expectancy has risen to 75.4 years, which is similar to that in the US. Meanwhile, infant mortality has reduced from 18.2% to 14.1% and the proportion of communicable diseases has fallen from 15.4% to 10.8%. The introduction of Seguro Popular heralds a major advancement in Mexico’s development. However, the fact that the percentage of the population with access to the healthcare system nearly doubled in less than ten years presents a huge challenge.

To improve infrastructure the government spent over US$5.3 billion in the last decade to build, expand, and refurbish more than 2,750 hospitals, clinics, and other primary points of medical care. Focus was provided not only to infrastructure, but also on providing appropriately qualified medical personnel as well as timely and effective healthcare. Some state hospitals remain understaffed, leading to average waiting times of 90 minutes before an incoming patient receives any assistance. This is especially problematic in remote and rural locations, since most medical specialists are concentrated in the urbanized areas of the country. Despite the fact that in 2012, among all OECD countries, Mexico produced the fifth highest number of medical graduates per 100,000 people, efficient allocation of resources still proves arduous.

Meeting the demand for medicines is another challenge. The budget of Seguro Popular is relatively low at only US$200 per person each year, and most medicines are paid on an out-of-pocket basis, which leads to a large demand for cheap effective drugs. Although out of pocket expenses have been reduced from 53% to 45% of the total private healthcare expenditure since the introduction of Seguro Popular, they are still much higher than the OECD average of 18.5%. Meeting this demand provides huge opportunities for pharmaceutical companies to diversify their portfolios with generic products and supply the market with cost-effective drugs. A further challenge is the distribution of medical equipment and medications to remote rural locations in Mexico, not only because these locations are isolated, but also because medical equipment and medicines are strictly regulated and require the implementation of effective environmental controls during distribution. With the advent of the Seguro Popular, both the number and the span of deliveries has greatly increased, which has in turn intensified the formidable task of timely and effective distribution.

The biggest hurdle is taking the next step in developing comprehensive universal healthcare in Mexico. While Seguro Popular has pushed the industry into a new phase, it was only the precursor in the modernization of the country’s healthcare system. Large inconsistencies remain between hospital standards as well as Irregularities between the different insurance types. 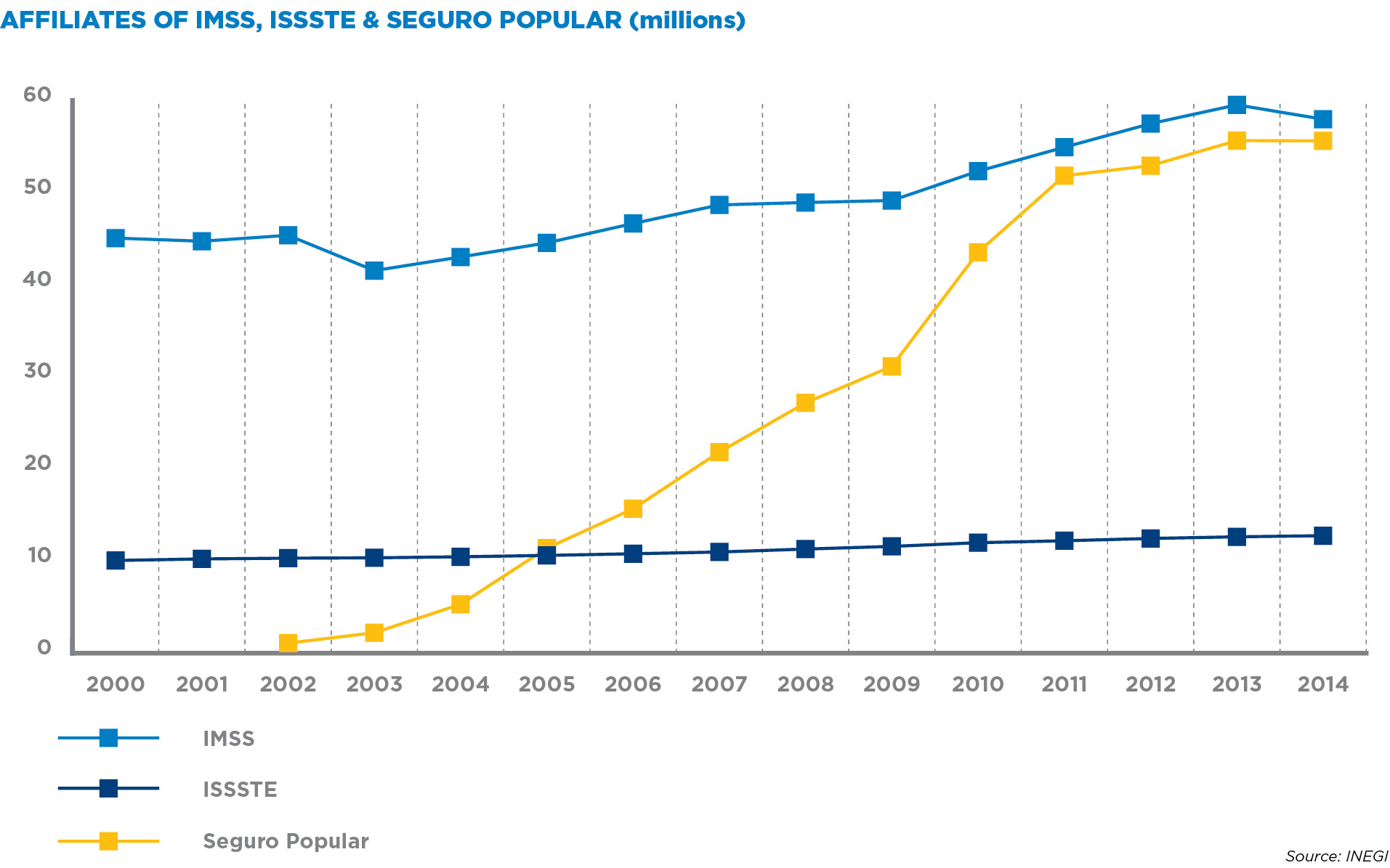