Medicine, Devices of the Future

Biotech and bioelectronics are at the forefront of medical innovation. Ranging from vaccines and stem cell research, to robotic limbs connected to the central nervous system, this is the medicine of the future

Biotechnology, from the development of vaccines to the use of stem cells, has opened a range of possibilities for medicine and health, including the use of genomics to pinpoint the appropriate medicine for a particular disease and improving fertility or ensuring a baby does not suffer from a genetic condition. But strict regulations, high costs and even personal viewpoints stand in the way.

Despite recent debate over the use of vaccinations, they remain among the most significant advances in preventive medicine of the past century and a half. As new disease trends emerge, new vaccines are required. Inovio began trials for its second zika vaccine in June 2017, while Sanofi Pasteur with the US Army; Fiocruz, Takeda and Moderna with Barda; and GSK with the NIH are working on their own vaccines for the virus. A dengue fever vaccine was released in Mexico in September 2016, although it is only available privately in Mexico.

"Mexico was the first country to register the dengue vaccine. We are leaders in emerging economies because we work to meet the specific needs of patients in those countries. Mexico played a key role in the investigation of the dengue vaccine because, among the 15 countries included in the research program, it was one of only two countries, along with the Philippines, that participated in the phase I clinical studies. That is why Mexico became the first country to obtain the sanitary registry: it was a collaborative approach with the country’s health institutions that allowed us to establish the necessary processes to comply with the many strict requirements of the authorities and to provide them with solid local data. It was not an easy process but it was also the first time that COFEPRIS had certified a new vaccine before agencies such as the FDA and the EMA," says Félix Scott, Director General and Country Chair of Sanofi. "We are developing research within our global operations for other vaccines, including one for zika. We have a collaboration agreement with the US Army to conduct research into this type of infection and we believe we are in the best position to achieve a fast and efficient solution for zika after our experience with the dengue vaccine. We must apply this know-how to achieve answers as soon as possible."

Unfortunately, these medicines take years to develop. In an attempt to pre-empt the lag between the emergence of an epidemic and the development of a vaccine, the Coalition for Epidemic Preparedness Innovations (CEPI) has selected three diseases from the WHO 2017 priority list it considers could be the next epidemics: Lassa fever, Middle East respiratory syndrome (MERS) and the Nipah virus. According to clinicaltrials. gov, as of July 2017 there were two ongoing Lassa fever trials, 10 for MERS and one for the Nipah virus.

Stem cells are another promising area but here too, the segment is embroiled in controversy. Private companies that extract and store stem cells for patients as a way of funding their R&D are leading the way in research; however, procedures are still subject to case-by-case approval in Mexico. Easier regulations than in the US have made the country a regional hub for this research for applications as varied as preventing wrinkles and curing cancer. But here too, outdated laws and lack of awareness despite an abundance of information are keeping the sector from reaching 100 percent potential. “Processes are limited by laws that are 10-15 years old and policymakers are slow to react to innovation. Mexico is a pioneer in this area so there are fewer countries to copy from and thus more fear, which is normal. This can be solved by reading scientific information, which is available for all, and there are many aspects that have already been tried and tested. It is a waste of time and money to repeat those tests here, since that money could be used for further research. Regulation of dental stem cells in particular is scarce and mesenchymal cell regulation is tied to that of hematopoietic cells. COFEPRIS is conscious of these things and is moving forward. We are not completely blocked by legislation,” says Victor Saadia, CEO and Founder of Bioeden Mexico and LATAM and CCO Bioeden USA, a company dedicated to stem cell research.

Like stem cells, fertility procedures are the subject of debate: for some, these procedures go against God’s will or interfere with nature, while for others they represent hope, either to conceive or to do so without passing on a genetic condition. Mexico offers state-of-the-art technology in this field, with some clinics such as RMA Mexico working closely with the US. Research and Markets puts infertility and obesity as the main factors driving demand globally.

In addition, genomic or precision medicine was pegged as a global medical technology trend for 2017 by the World Economic Forum. Markets and Markets estimated the value of the global genomics market at US$12.5 billion in 2015 and expects it to hit US$20 billion by 2020. Mexico’s public institute dedicated to genomics, INMEGEN, is collaborating with international institutions to advance science and with government-owned oil giant PEMEX, that provides health services to its workers, to begin implementing precision medicine. Private companies are also working in this area such as Mexican company Landsteiner Scientific. “We have recently opened a new platform in genomic medicine focused on oncology. Landsteiner is starting with colon cancer, a common disease among men in Mexico and the US,” says its Vice President, Francisco Kuri. “The genetic information of a population is used to identify genetic traits that can help either control or cure the prevalent diseases. Our industry evolved into personalized medicine but now the discourse has evolved into precision medicine. We know that some drugs do not work equally well in different populations. Genomic medicine could show what medicines work best according to common Mexican genetic traits.”

Imagine that after losing a limb, a patient is fitted with a prosthetic that can be moved at will. This is the technology that bioelectronics wants bring to the world. Probionics, the first Mexican company to build prosthetics, is seeking approval for its upper artificial limbs that use myoelectric technology to detect a pulse through the chest muscles to control movement. Össur, an Icelandic company, is working on developing upper and lower limb prosthetics that connect to nerve endings and thus the brain. “Bionic products are intelligent pieces with microprocessors. In the case of knees, the microprocessors communicate with ankles and feet, so if the patient trips, the knee locks, preventing the patient from falling. This is automatic once a sudden movement is detected. Our most advanced hands are the Michelangelo hands. They have sensors so that when grabbing a cup, the hand grasps with the correct amount of strength not to break it and not spill the contents. If the cup is made of glass, the hand will not shatter it, if the cup is made of plastic, the hand will not squeeze it so hard that it distorts and the contents spill down the sides. It also has a rotating wrist like a real hand,” says José Benzinger, Director General of German market-leader Ottobock. Analysts at Future Market Insights pegged the value of the global orthopedic prosthetics market at US$1.6 billion in 2015, 56 percent of which is lowerextremity prosthetics. Amputations caused by diabetes in Mexico are also increasing the need for prosthetics. “In 2017, emphasis should be placed on the prevention of diabetes and its complications. Data from [ENSANUT 2016] show there has been a 175 percent increase in diabetic foot amputations,” says José Campillo, Executive President of FUNSALUD, a private foundation dedicated to improving community health.

The future of health is now and the main challenge these companies will face is making their advanced technology available to the wider public, as Benzinger notes. “As we are a cost-sensitive market, price is an issue for bionics in Mexico. Most private insurance companies may cover these types of products if specified but the majority of patients pay outof-pocket. Their cost means they are only available to some segments of the population.” 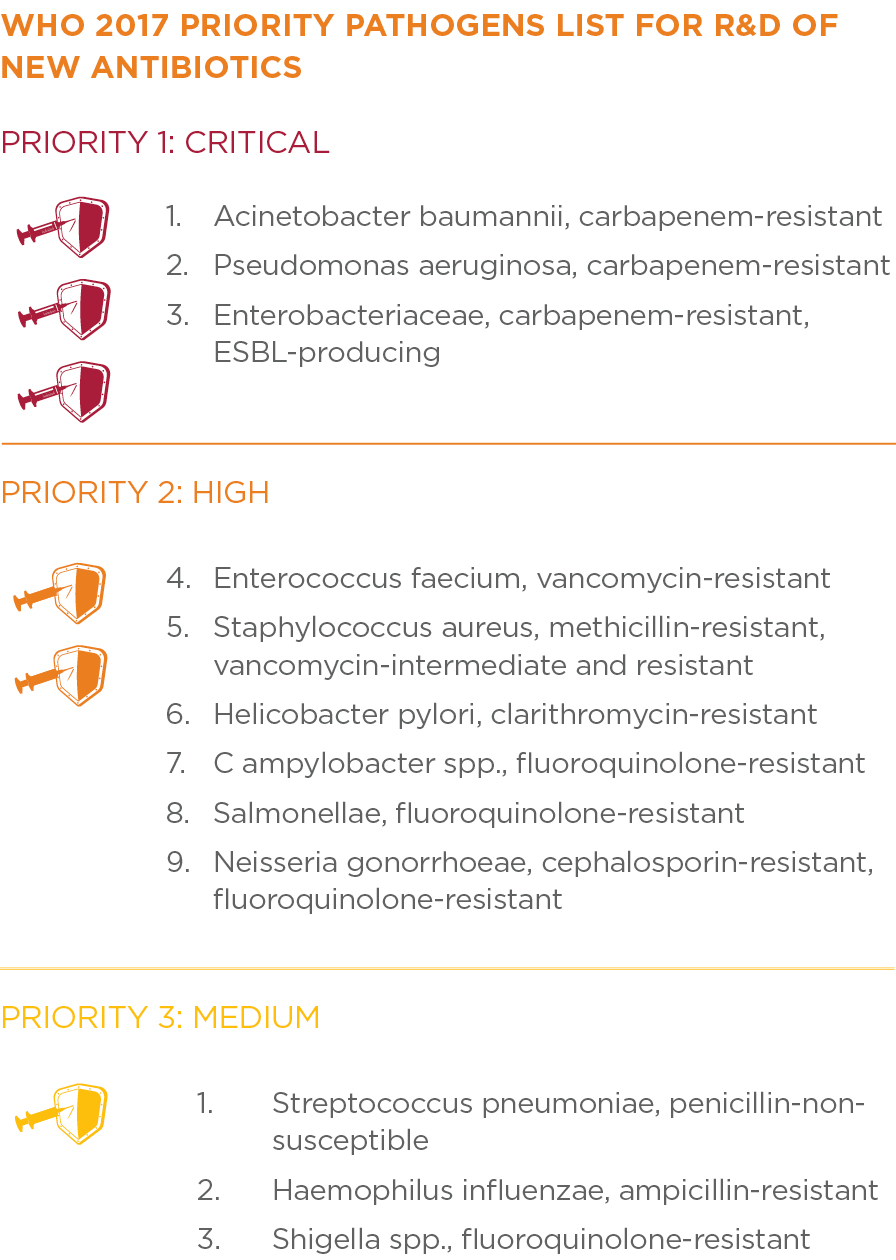