Two years after the COVID-19 pandemic arrived in Mexico the country registered its largest number of confirmed cases in 24 hours this Sunday: 30,671 positive cases.

The record-breaking number came less than a week after President Andrés Manuel López Obrador questioned whether the fourth wave of COVID-19 had truly begun in the country, as cases were only beginning to rise following a holiday season in which tourists did not have to undergo any safety regulations to enter the country. But during the weekend, the severity and transmissibility of the Omicron variant became apparent, quickly topping the former record of 28,953 cases reported in a single day set on Aug. 18, 2021.

Jan. 8 beat out the previous record by over a thousand more infections, raising the daily average for new infections to 17,839. Less than three weeks ago, this number had shrunk to 1,778 as the Delta variant was seemingly being contained.

Despite cases increasing by over 644 percent over the last 14 days, deaths decreased by 15 percent during the same period, a sharp contrast to the past COVID-19 waves. On Aug. 18, the previous record, 940 COVID-19-related deaths were reported. Only 202 were reported on Saturday.

Because of this, health experts suspect that the pandemic is finally transitioning to a much more manageable epidemic. This is a vital step before COVID-19 becomes endemic, which occurs when a virus’s transmission is limited to a specific region over time with predictable spread rates. COVID-19 being considered an endemic or even an epidemic will mean the impact it has on society, the economy and public health will have greatly diminished. Viral spreads will also be contained to certain times of the year, giving health professionals and the country as a whole time to prepare.

Due to the increased number of reported cases in the country, Mexico City’s Health Ministry (SEDESA) asked the general public to remain calm and review the safety measures they can take to protect themselves and others. These include assuming one is positive once symptoms occur and self-isolating without seeking a test. However, this may not be an option for many of the city and country’s residents who do not have the financial security to do so.

As SEDESA reminds residents through an official statement, a runny nose, dry coughing, headaches and body aches are symptoms related to COVID-19. Oxygenation levels below 90 percent and a fever of 38 to 39 degrees Celsius are also common symptoms. 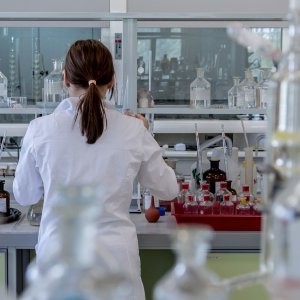