The strength and solidity of a health system, along with healthy habits, play a pivotal role in health outcomes. However, these are not the only factors contributing to patients’ health. There are significant social determinants that play a major sole in these outcomes, as well as well-being and quality of life.

Social determinants of health (SDH) are the environment conditions under which people are born, live, learn, work, play, worship and age, which affect a wide range of health, functioning and quality-of-life outcomes and risks. Determinants are commonly grouped in five main domains, which are economic stability, access and quality of education, neighborhood and built environment, social and community context and, finally, access and quality of healthcare. The US Department of Health and Human Services highlights common SDHs like safe housing, transportation, racism, discrimination, violence, education, job opportunities, income, access to nutritious foods and physical activity opportunities, among others.

SDHs are often different for everyone as a result of inequality. Health and illness follow a social gradient: the lower the socioeconomic position, the worse the health of the population. According to WHO, social determinants can be more important than healthcare or lifestyle choices in influencing health. “Numerous studies suggest that SDH account for between 30-55 percent of health outcomes. In addition, estimates show that the contribution of sectors outside health to population health outcomes exceeds the contribution from the health sector.”

Statistics by SEP detail that educational coverage at the basic level stands at 94.92 percent of the population in an elementary-education age. The maximum coverage achieved in recent years was 97.6 in 2015. Mid-level education, representing students aged 15 to 17, had a small decrease between 2020 and 2021 to 70.77 percent from 71.7 percent. The maximum reached was in 2017 with a 76.6 percent rate. Higher education saw a decrease in coverage in the present school year, going from 34.72 percent in 2020 to 34.41 in 2021.

While the working population reaches an 89.5 percent affiliation to federal healthcare institutions, representing a universal coverage of the public health system of 22.5 percent, according to CIEP, effective wait-time coverage is at 17.3 percent and the overall perception of quality is at 18.9 percent.

Urban areas in Mexico are generally overpopulated as at least one third of the population lives in one of the country’s four main metropolitan areas. There are 20 million people living in Mexico City. This leads to large differences in living standards as there is a significant lack of adequate housing within the city.

Mexico’s rural areas face other complications, which derive in infectious diseases and malnutrition as the main causes of mortality. In urban areas, the population is more at risk of chronic diseases and diseases associated to industrialization, such as pollution.

Rural areas in Mexico comprise more than 80 percent of the land and are home to around 37 million people (36 percent of the population). The standards of living in rural populations are much lower than in urban scenarios and the gap is larger than OECD standards. In Mexico, the major difficulties are the lack of adequate housing, drainage and access to electricity.

The country’s efforts to revert its negative social trends have redoubled, specially through civil associations and the Ministry of Security and Civil Protection (SSPC) that has the goal of eradicating corruption, guaranteeing peace and security, while promoting human rights and the ethical regeneration of society.

Mexico’s pending social and community struggles are enlisted in a report by Impunity Zero and Human Rights Watch, the first one being Mexico’s criminal justice system, where only 1.3 percent of crimes committed are solved, the nongovernmental group. Similarly, from 2014 through 2019, the CNDH received nearly 3,000 complaints regarding alleged military abuses. Additionally, extrajudicial killings by the police and military are another unattended issue related to impunity.

The number of investigations into cases of torture by state and federal prosecutors has risen in recent years, from just 13 in 2006 to over 7,000 in 2019, according to a report by the CNDH. In its 2019 Mexico review, the UN Committee Against Torture reported that of 3,214 torture complaints in 2016, only eight resulted in an arrest and trial.

Disappearances are another large problem. The government reported more than 75,000 people disappeared, as of November 2020, the vast majority from 2006 onwards. According to Human Rights Watch (HRW), prosecutors and the police neglect to take even basic investigative steps to identify those responsible for enforced disappearances, often telling families of the victims to investigate on their own. However, according to the SSPC, in 2021, compared to 2018, forced disappearances increased by 46.6 percent.

Attacks on journalists and human rights defenders make Mexico the most dangerous country to exercise the former profession. CNDH reports that 24 journalists have been killed since President López Obrador took office. According to HRW, in 2019, journalists registered 609 threats, attacks, or other forms of aggression.

Women’s and girls’ rights violations in Mexico are a large problem that often includes sexual violence and leads to the highest global femicides rates. According to HRW, Mexican laws do not adequately protect women and girls against gender-based and sexual violence. Some provisions, including those that peg the severity of punishments for sexual offenses to the “chastity” of the victim, contradict international standards. Additionally, HRW says femicide is likely under-reported. To act upon de subject, the National Commission of Human Rights

Attacks on migrants and asylum seekers are likely caused by criminal cartels, common criminals and sometimes police and migration officials who regularly target people migrating through Mexico to rob, kidnap, extort, rape or kill them, says HRW. Mexico is hoping to improve its migrant and refugee attention, seeking support from its northern neighbor, the US, through talks toward a better migration policy.

Only twenty of Mexico’s 32 states have legalized same-sex marriage, leading to abuses related to sexual orientation and gender identity. In states where it is illegal, same-sex couples must petition for an amparo to be allowed to marry. But trends are chaining and HRW states that twelve states already allow transgender people to change their names and gender markers on birth certificates through a simple administrative process before the state Civil Registry.

As private investment continues to arrive in Mexico, Mexico hopes to improve its social indicators to promote health access through improved job opportunities coupled with social programs like INSABI, pensions for people with disabilities and pensions for senior citizens.

Raúl Anaya, Director General of Certification, General Health Council, shared with MBN that in light of this situation, the nation’s priorities are to influence the social determinants of health and fight against the negative effects of the pandemic, with a human rights approach to ensure the well-being of the population. “This approach also addresses the needs of specific groups, such as migrants, indigenous people and Afro-descendants, and supports sexual and cultural diversity.” 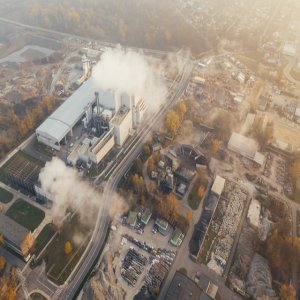