The Ministry of Health reduced yesterday the quarantine period for COVID-19 patients from 14 to seven days. Despite the new records in daily contagions reported, the Ministry argues that the Omicron variant is reported to have a shorter contagious period than the regular SARS-CoV-2.

Despite daily COVID-19 cases surpassing the 40,000-mark for three days in a row and deaths once again increasing, the Ministry of Health cut the quarantine period for patients by half. During a statement on Thursday Jan. 13, the ministry also called for reenforcing safety measures as hospitals are beginning to fill up.

“The Ministry of Health reiterates that it is necessary to continue adhering to basic preventive measures: social distancing, frequently washing hands with soap and water or applying hand sanitizer, as well as the correct use of face masks, ventilating closed spaces and maintaining precautions in public spaces,” the ministry said in a statement.

As health experts worldwide have confirmed, infection by the Omicron variant results in a shorter gap period between exposure to the virus and the beginning of symptoms in those infected. It also results in a shorter contagious period, as according to CDC data there is no risk after a five-to-seven-day period. A recent report by the University of Bristol Aerosol Research Centre found that the virus loses 90 percent of its contagion 20 minutes after becoming airborne, further confirming the need for a shift to open spaces and to constantly ventilate closed spaces. The study awaits peer-review.

As the ministry revealed, cases have increased by 206 percent compared to last week. In Mexico City, at least 18 hospitals are unable to receive any more COVID-19 patients and four are at 70-90 percent capacity. In the country, 104 hospitals are reportedly full and 14 have run out of ventilators. As some health experts fear, the Delta variant and other versions of the virus might still be driving up infections, representing an unknown percentage of the current cases.

President Andrés Manuel López Obrador ten days ago had denied the arrival of a fourth wave of COVID-19, pointing to the then-ample availability of hospital beds across the country. Earlier this week, the president tested positive to COVID-19 for a second time and later released a personal health update. He reported mild symptoms allegedly due to Omicron’s lower severity compared to Delta among those who have received an additional “booster” jab, as the president did last December. 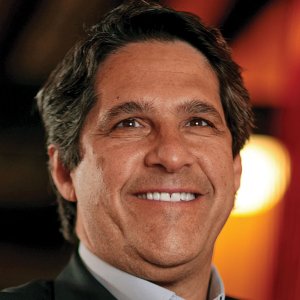