Recent evolutions in the market have positioned Mexico’s pharmaceutical sector as an attractive area for foreign investment. Regulations have begun to catch up with the pace of the free market, smoothing the way for new companies to enter a competitive sector that provides a growing percentage of Mexican GDP. Additionally, big players in all three of the areas under discussion are beginning to leave the field, which means that pharmacy, distribution, and packaging all stand as potential avenues for growth.

Farmacias Similares, for instance, has 5,200 branches and ended 2014 with a 38% share of the generic and branded drugs markets. Boots-Alliance, a British born, global pharmacy chain, also entered the market during 2014, indicating that the pharmacy market is an option for international companies. New customers may also be drawn from patients who consult doctors at the point of sale. According to the independent pharmacy owners’ organization ANEVIFAC, around 10,000 pharmacies have a doctor’s consulting room, generally employing two doctors to conduct between 20 and 25 consultations each per day.

The Mexican distribution market remained stable up until early 2014, dominated by two main players, Grupo Casa Saba and Nadro, which accounted for a third and a quarter of the market share respectively. However, with Grupo Casa Saba declaring bankruptcy in March of last year, that landscape has been cleared. Nadro’s nearest competitor, Grupo Marzam, is building from too low a base to muster an immediate bid for market dominance. It remains unclear, then, whether distribution will see a single company of the scale of Casa Saba replacing the previous market leader.

Huge gaps remain open to new companies seeking to invest in distribution. Instability, competitiveness, and opportunity are likely to be the watchwords for their operations. One tendency among pharmaceuticals requires managers to contract five or six distribution companies to keep supplies at the necessary level. Direct selling has led to the growth of brokers such as Medimarcas, who facilitate contact between foreign pharmaceuticals and Mexican pharmacies. New players tend to be smaller and lower-profile, and combine distribution services with a warehousing element. NTA Logistics, for example, is considered to have a prominent position in the new, postCasa Saba world order. Its portfolio consists of 50 clients and 85 laboratories.

DHL and World Courier are poised for expansion in the Mexican market, taking advantage of both the new phenomenon of direct sales and Mexico’s developing infrastructure. There has been heavy investment in highways to connect important urban centers. Major cities such as Monterrey and Guadalajara have pumped money into the construction of industrial parks, which service new manufacturing plants.

FEMSA could also prove to be a surprise entry to this field. The company’s convenience store chain OXXO already sells a number of OTC products. With the modification of a percentage of the chain’s many outlets to provide full pharmaceutical services, OXXO could become a one-stop shop whose price, area coverage, and opening times could make it a real rival to independent pharmacies.

Another potential opportunity for growth could be in integrator companies, who draw together a range of logistics and distribution services in a kind of “middleman” role. This service is likely to prove particularly useful to independent pharmacies, typically relying on five or more distributors to keep their supplies at the necessary levels. Regardless of the efficiency of new competitors, however, a number of issues remain which are likely to put the brakes on any attempted takeovers within the market. Foreign capital companies, for instance, are restricted to a gross load of five tonnes per truck, meaning that Mexican companies cannot make use of the scale and expertise of international distributing firms, such as DHL. Meanwhile, although 30 of Mexico’s 89 airports are international, not all are suitable for freight. Imports continue to be concentrated around the Bajio region, leading to something of a distribution bottleneck.

Insecurity also poses an issue for companies seeking market dominance. With independent pharmacies vulnerable to violence, direct sales are likely to target distributors, particularly in unstable states such as Tamaulipas, Guerrero, and the State of Mexico. This presents an opportunity to packaging companies. Chain pharmacies have begun to build a brand identity around labelling, color schemes, and packaging styles, in order to differentiate their products from similar versions sold by their rivals. Companies such as Impresora DOSA have found their niche here.

Where packaging is concerned, the security and integrity of products represents a difficulty and a market opportunity at one and the same time. COFEPRIS regulations on pharmacovigilance emphasize packaging which is difficult to replicate, but more advanced techniques are also possible. Holographic label manufacturer Holomex, for instance, has developed non-resealable, non-replicable stickers to guard against the cloning of pharmaceuticals. 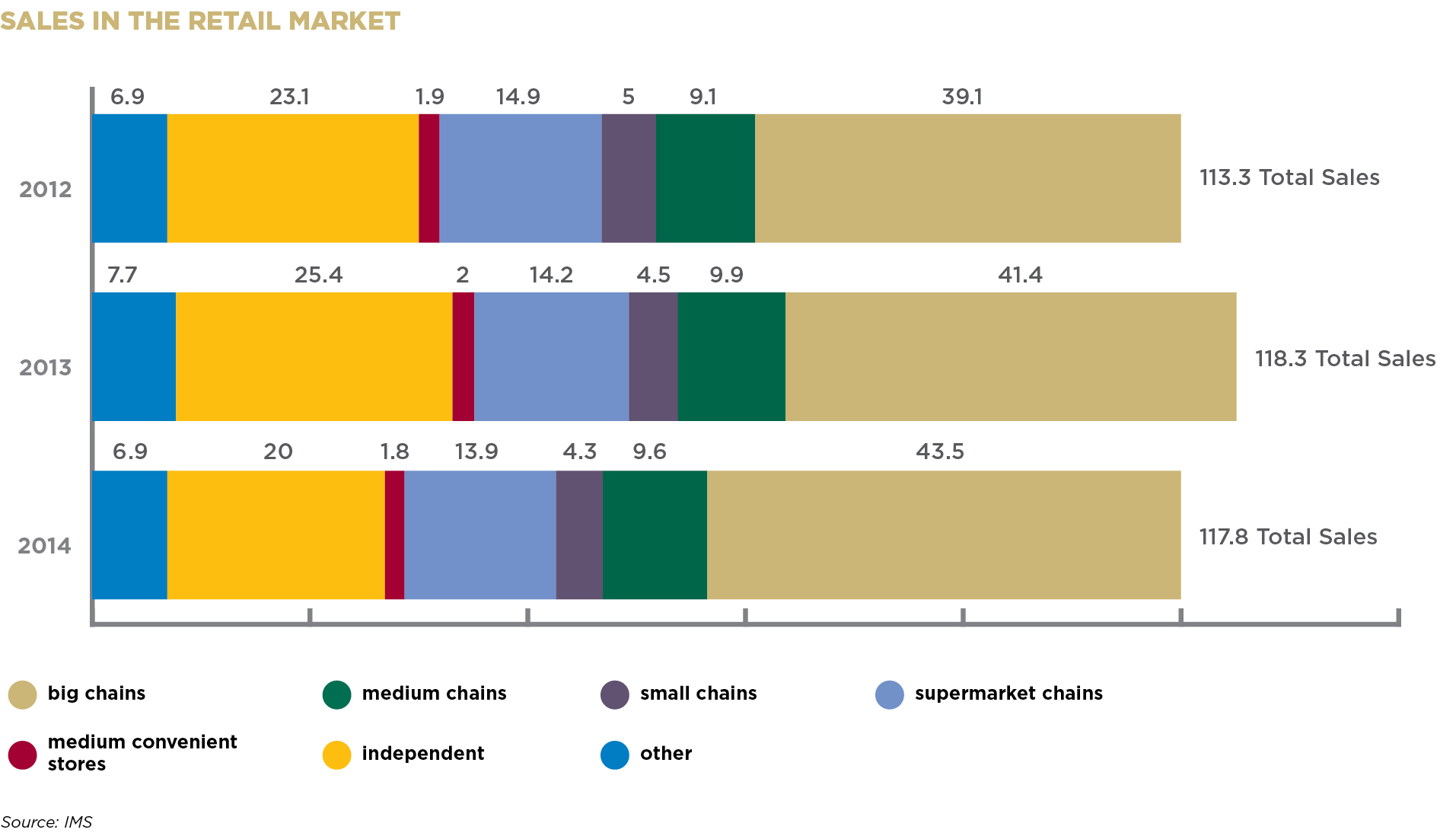