Mexico’s worrying obesity epidemic has become a priority for both local authorities and international organizations such as the World Health Organization (WHO), which stated in a 2014 report that the country suffered from the Child overweight rates show that almost one of every three children in Mexico is overweight, compared to rates of around 23 to 21 percent for Organization for Economic Cooperation and Development (OECD).

The problem has become a government priority and in 2014 President Enrique Peña Nieto implemented a new tax on high-caloric-density foods and sugary drinks, th highest proportion of overweight adults in the Americas, as per BMI (Body Mass Index) measurements, behind the Bahamas, the US and Canada. The country had the worst index for Latin America, followed by Chile and Venezuela.

equivalent to MX$1 (US$ 0.05) per liter and an 8 percent tax on the price of every non-basic food with a caloric density equal or greater than 275 calories per 100 grams. Professor Alfonso Miranda of Mexico’s Center for Economic Development Research (CIDE) says in an article for research center CONACYT that this tax reduced consumption of sugary drinks by a rate of 6 to 12 percent in its first year. 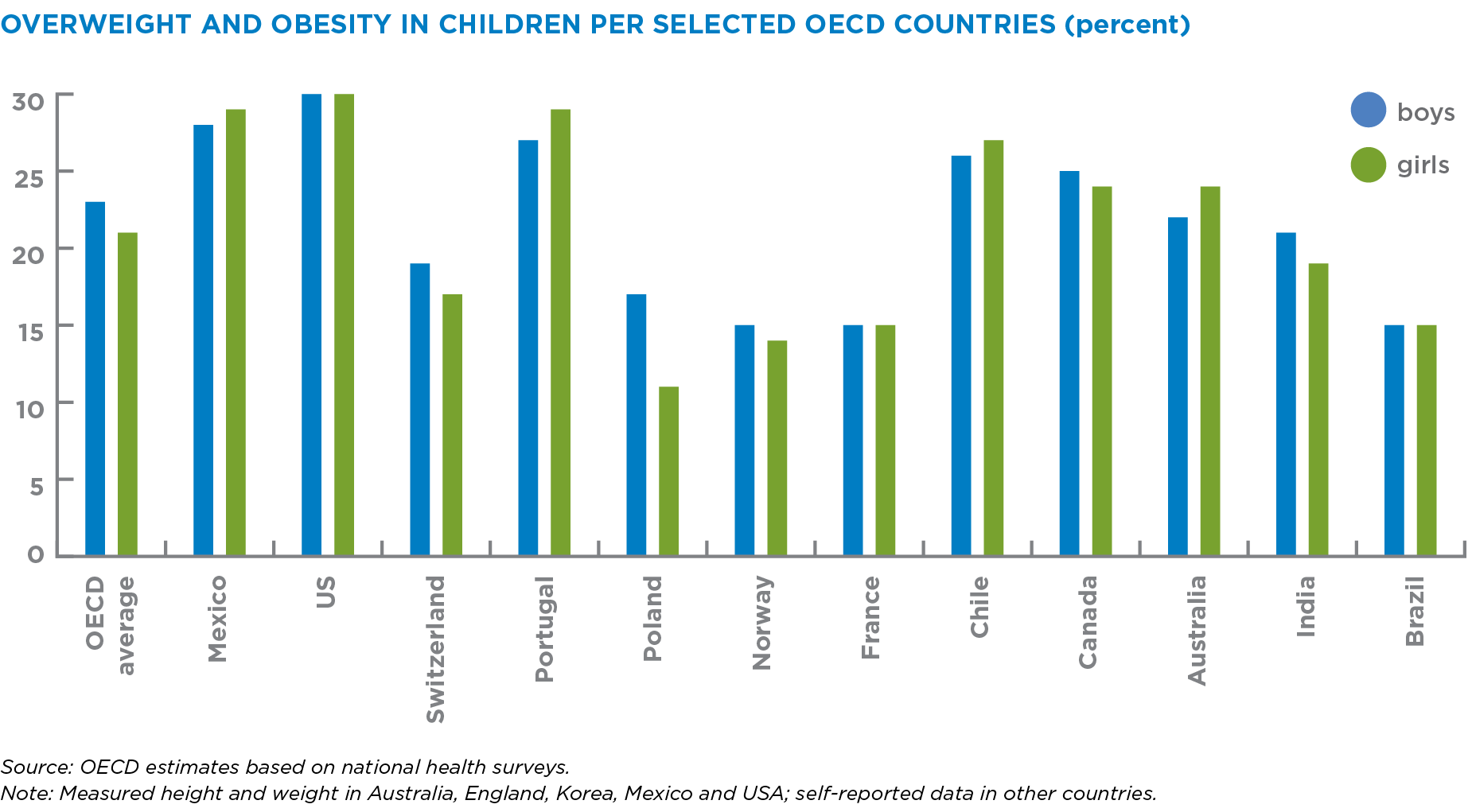