Opportunities for the Health Sector

One of the biggest challenges facing the Social Security institutions of Mexico (IMSS and ISSSTE) is their difficult financial situation. The IMSS presents a deficit for approximately US$1.6 billion while that of the ISSSTE reached US$911 million this year. Such pressures have resulted in underinvestment in infrastructure and medical equipment and have forced institutions to seek different schemes to reduce operating costs. One of the actions that these organizations have engaged in is the practice of consolidated purchases in which they can obtain a best price through volume.

GOALS AND OPPORTUNITIES FOR THE GOVERNMENT IN THE NEAR FUTURE

Medical Units Drug Supply
An adequate administration of contracts, supplier deliveries, inventory control in central stores and medical units, as well as the purchase of items that fall out with the tender system will be the main goals for public institutions to be able to guarantee the drug supply in its pharmacies. This issue has been an ongoing complaint from users at the main public institutions in the country in the last years.

With the introduction of “Strategy 5.5- Promoting Efficient Spending on Medical Supplies in the Health Sector Agenda 2013-2018,” the use of consolidated purchasing of medical supplies for the public sector was implemented. Additionally, the reforms approved are focused on improving transparency in the handling of Seguro Popular resources among those at the forefront. These laws include:

• The strengthening of the information mechanisms and accountability

These reforms have not established mandatory consolidated purchases along the Mexican states despite obvious financial savings, but if a large number of states are expected to participate, this may facilitate a reform in the near future to compel states to consolidate medical purchasing.

• Consolidated Purchasing of Other Products and Services. The health sector is seeking to increase its savings through schemes that allow it to consolidate other types of acquisitions like medical equipment, integral medical services and vaccines. This has already begun and should become a priority in the near future. 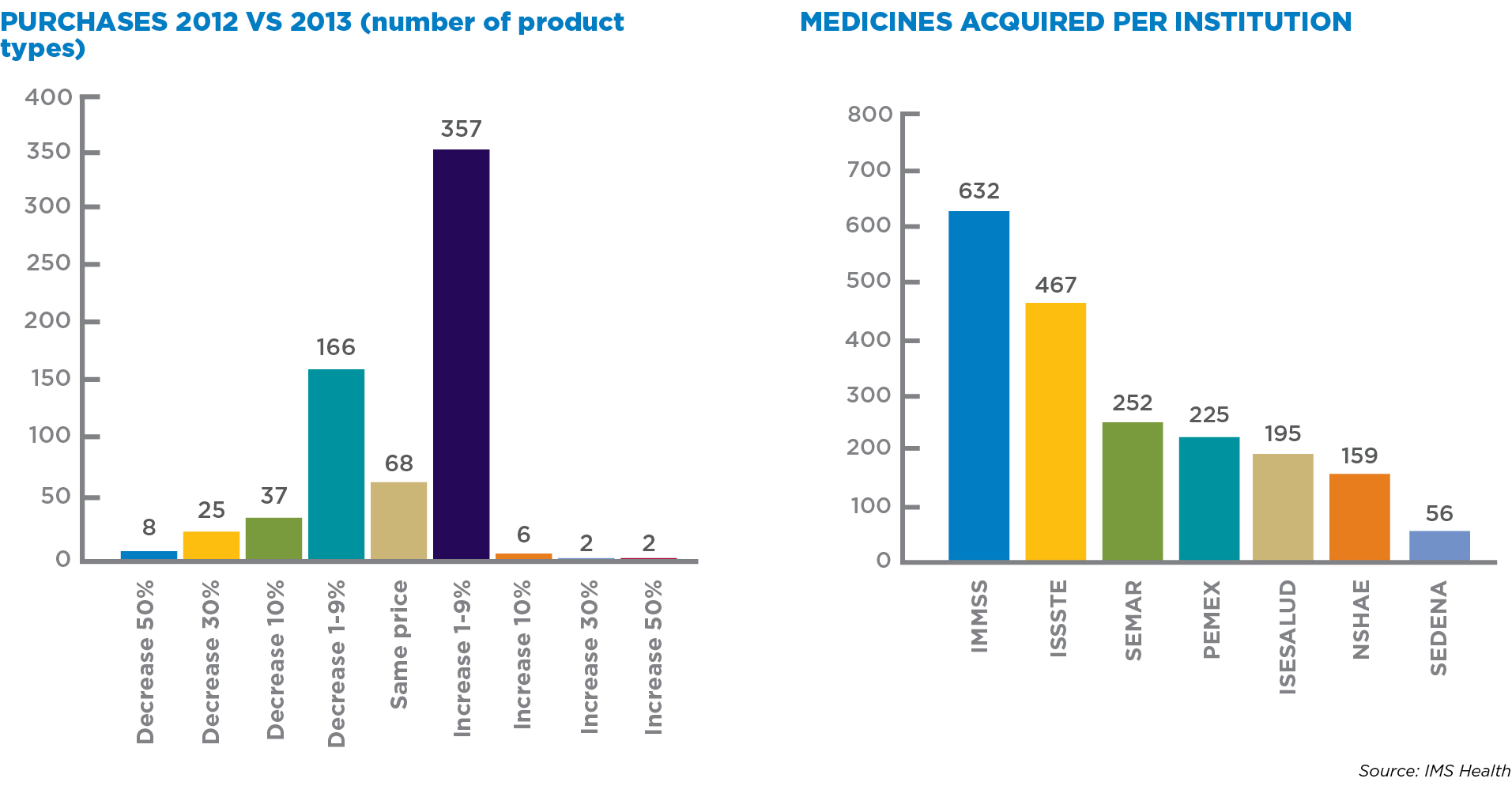