The COVID-19 pandemic proved how successful public-private partnerships (PPPs) in healthcare provision could be and broke paradigms between sectors thanks to their combined efforts during the emergency’s worst times. While PPPs are common in other sectors, they are unusual in the strongly divided Mexican healthcare system but implementing them could bring plenty of benefits, according to industry experts.

“Healthcare provision for the entire population was a great aspiration in the 1980s that comes along with a great number of challenges. We have to think beyond sectors and institutions. Mexico needs a real, global healthcare system with the collaboration of actors, including public and private entities, and the pandemic proved it possible,” said Raúl Anaya Núñez, Director General of Certificación at Consejo de Salubridad General.

The Public-Private Partnerships Law, in force since January 2012, defines them as “those that are carried out with any scheme to establish a long-term contractual relationship between instances of the public sector and the private sector for the provision of services to the public sector, wholesalers, intermediaries or the end user and in which infrastructure is used provided totally or partially by the private sector with objectives that increase social welfare and investment in the country.”

A sustainable and well financed health system is crucial for every country to keep its population safe. The international recommendation is to have an 80/20 composition between public spending and private spending, according to WHO. In 2018, public expenditure in healthcare represented 51 percent of the total health spending in Mexico, with the remaining 49 percent being financed by private parties. “Collaborations such as the one achieved in the pandemic, helped to combine healthcare workers, infrastructure, medicines and devices in a timely manner, which is the only way to truly achieve healthcare access for everyone,” said Héctor Valle, Executive President at FunSalud.

In this kind of collaborations, the private investment is recovered with the consideration paid by the public sector via multi-year payments, along with the fees and rates that the users or beneficiaries must pay in some cases. PPPs allow an optimal risk sharing between the public and private sectors and result in more affordable projects for the public sector.

While the partnership during the pandemic was successful and helped both parties have a better understanding of each other, collaborations must be planned long term, said Javier Potes, Director General at Mexico’s Hospital Consortium (CMH). “The private sector, including insurance companies, has to take some risks. We have to focus more in health than in diseases, working on prevention,” said Potes.

In 2018, chronic-degenerative diseases, such as heart diseases and diabetes, caused 50 percent of the total deaths in Mexico, according to INEGI. These diseases, often called the “silent epidemic” by WHO, have to be targeted in Mexico through an integral prevention solution between public and private sectors, according to Patrick Devlyn, President of the Health Commission at Business Coordinating Council (CCE).

“We started to break down stereotypes. Ideas such as that the private sector only seeks profit and is unethical or that the public sector is corruptible and riddled with advance-stopping bureaucracy. It has been proved that those stereotypes could be broken down,” said Anaya, who explained that the political-ideological idea that public and private sectors could not collaborate has been left behind.

To date, Mexico’s eight operational PPP contracts in the healthcare sector are hospitals in Guanajuato, Tamaulipas, State of Mexico, Nayarit, Chiapas, Yucatan and Mexico City. These contracts are considered more transparent thanks to monthly performance reports, which strengthen accountability for both public and private actors.

A patient-centered approach is needed in the Mexican healthcare system. “Patients should be the focal point in the healthcare system,” said Potes, “we used to focus on our own organization and hospitals. The pandemic forced this discussion between sectors to break barriers down.” Understanding how the other party worked was the most difficult part, agreed industry experts, but putting the patient as the focal point forced mutually beneficial agreements.

Patient-centered attention can be achieved through a reorganization of the public institutions’ legal and administrative framework, with a prevention-over-diseases-attention mindset and a clear equity principle, according to Anaya. He insisted in the importance of taking examples, such from pandemic collaborations.

For PPPs to be successful, both parties need to consider priorities and challenges, such as infrastructure, community facilities and financing. “Both sectors have their own strengths. For instance, with a local point of view, we can take advantage the infrastructure of institutes such as Pemex or INSABI in different cities across the country. Private clinics, hospitals and pharmacies also have an important presence. We can collaborate subrogating patients to private entities when public institutions suffer demand peaks, just like it happened during the pandemic,” said Devlyn.

The public sector could also help finance operations, mainly services in communities that do not have a hospital due to poor economic viability, a small population or other socioeconomic situation, according to Potes. In these collaborations, “both actors must act within the law and respect established policies,” said Valle.

Last year there were 87.4 million Mexicans affiliated to at least one public health institution (IMSS, ISSSTE, Pemex or IMSS Bienestar, among others), less than the 102 million affiliated in 2018, according to the Economic Budget Investigation Center (CIEP). Besides the contractions in affiliations to the public health system, the number of actual users also decreased by 8.5 million, with 57.5 percent choosing to be treated at private hospitals. With the decrease of population affiliated to public health institutions, the private sector’s intervention is crucial, said Potes: “The private sector needs to join within a better structure between its actors. We have to optimize out-of-pocket expenses in healthcare matters.”

In the same two-year period between 2018 and 2020, out-of-pocket expenses in health matters increased from MX$2,358 (US$118) to MX$3,299 (US$165) per quarter. This phenomenon also affected those affiliated to healthcare institutions, especially Pemex affiliates, who suffered an 85.3 percent increase, according to CIEP.

To pursue equal, quality healthcare for the Mexican population, PPPs have to become a reality. “Health is a priority for the country to achieve its potential development,” said Devlyn. 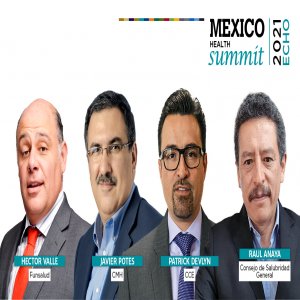 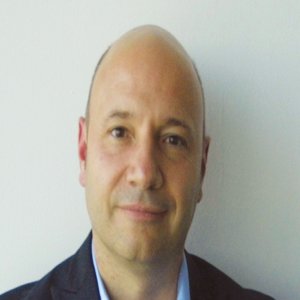 Setting the Pace for Specialized Innovation